Home Columns My Shot The Schilling is Not All that Thrilling 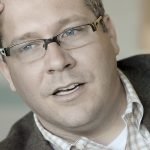 Editor’s Note: As of press time, the Schilling Lodge was unanimously approved by the board of the TCPUD. According to a release sent by Tahoe XC on March 2, plans still need to be finalized, permits secured, and funds raised for the project. See business briefs, p. 26, for more details.

Tahoe City has a unique opportunity on its hands: to transform the 1936 Schilling family summer home into the new Tahoe Cross-Country ski lodge in The Highlands. To borrow a quote directly from the project website:

“Tahoe City has the opportunity to reinvigorate a piece of history, to lounge after skiing or snowshoeing on a deck that was milled on the shores of Rubicon Bay, to read or have meetings in the living room with redwood block flooring and hand-adzed Ponderosa pine walls, to feel what it was like to be in Tahoe back when railroads were still new and families summered for entire seasons together will be what an average day at the new Tahoe Cross-Country Schilling Lodge will feel like.”

I love the idea of kicking back with an appropriate beverage to complement the Ponderosa Pine, and losing myself in the comfortable nostalgia of the old days in Tahoe City. (I know a thing or two about historic Tahoe; my ancestor Elizabeth Gourlay designed the Tahoe City golf course in 1918). However, I cannot comfortably immerse myself in this dreamy scenario because no one has addressed the significant public safety risks attached to this project. Perhaps because they are too busy dreaming of living rooms with redwood block flooring?

Thursday, Feb. 25, the Tahoe City Public Utility District board voted to jam a commercial entertainment space — the Tahoe Cross-Country Lodge — into one of the only neighborhoods that has many full-time residents as opposed to vacation homeowners and short-term rental landlords. The TCPUD’s lack of care, lack of judgment, and abuse of discretion is appalling even by the politics of today.

Worse, the TCPUD wants to force this project through despite the fact that the district itself admits that moving the cross-country lodge will create a situation where an entertainment, sports, and party facility resides in a local, year-round neighborhood that also happens to be where our high school is located. Where neighbors can now walk their dogs. Where kids can now play. Where students can now walk home safely. Where in the evening we go to each others’ homes to borrow a cup of sugar (literally), or to bring a birthday cake or a loaf of bread.

You can’t put speed bumps in because the road needs to be plowed. There aren’t sidewalks. This is a neighborhood road, not the main drag. The TCPUD knows all this but does not care; not a bit.

Here’s where it gets better: The building the TCPUD wants to jam into Tahoe Highlands already had a great place on the lake. It was the Schilling Lodge. A wealthy Bay Area developer named John Mozart decided he liked the site but not the Schilling Lodge. But then he found out that if he took it apart into pieces, and stored it, he could not only avoid guidelines and rules on historic homes preservation, but also get a tax deduction. And so he did. A big one. If you pay a dollar in federal tax, you paid for his tear down on the lake. And if you live in Tahoe Highlands, his tear down is about to be crammed into your community, like it or not, thanks to the board of the TCPUD.

TCPUD board members know it makes no sense, which is why they answer our questions with “your comments are in the record.” That is all the TCPUD cares about you. An expletive would at least have been honest.

I came here for the first time as a ten-year-old boy. I fell in love with Tahoe then. I paid my way through college and was able to save money to buy a home here. I love this lake, I love the community that has welcomed me, and I love the health, peace, and happiness I have here. I never thought I would be in this kind of fight after moving here, but then again I never imagined that the TCPUD would treat Tahoe City residents like this. I have a voice. You have a voice. And even if you don’t live in Tahoe Highlands, make no mistake: You should use your voice. The TCPUD clearly doesn’t give a darn about you, either.

~ Douglas Gourlay is a full-time resident of Lake Tahoe in the Highlands. He is a corporate executive by day as well as an avid photographer, pilot, mountaineer, Alpine and Nordic skier. He sometimes makes it through mountain bike rides unscathed.

The Schilling is Not All that Thrilling