Home Columns Membership Updates Because You Have To

Editor’s Note: Becky Kirsch (formerly Elegado) is the mother of Moonshine Ink publisher Mayumi Elegado, who believes this story speaks to how mission-oriented work can make the impossible, possible. Much like our members do for this newspaper.

Right after getting married in Manila in 1970, my husband, Benny, and I moved to the island of Palawan in the Philippines to set up a surgical hospital from literally nothing.

We arrived in the small town of Brooks Point with a WWII Jeep, basic home supplies, a small surgical kit with just a few instruments, and minimal other medical supplies that had been donated to us by a couple of Maryknoll nuns. A building that had been a community center became our clinic, and Benny built an examining table with a wooden frame and bamboo slats that we also used as our operating table when needed. We made our own sutures from regular thread coated with petroleum jelly that had been sterilized, along with other equipment, in a pressure cooker. Cloth we had purchased in Manila hung as our surgical drapes — also sterilized, in small batches, in the pressure cooker.

The clinic was one big room with a cement floor that we partitioned into an office, a small waiting room, and a larger area that was used to house patients who needed to stay in our “hospital.” Family members stayed to feed and otherwise care for the patient. Our living quarters were upstairs above the hospital.

None of this resembled anything like clinics and hospitals in America. There were no windows, door screens, electricity, or running water. The room was clean but needed paint and looked pretty dingy. The roads were not paved, and since we had to leave the front and back doors open for ventilation, there was quite a bit of dust.

At this point we primarily did minor surgeries and only did major ones when there was no other alternative. No nurses would come to an area like this, especially since we did not have enough money to pay them. I assisted in the clinic and in surgical procedures, even though I had no formal training, and we hired a local young woman named Clarita who was willing to work for what we could pay and received on-the-job training (she’s still involved with the clinic today).

One day I had an experience that I will never forget. A woman was brought into the clinic in labor. She was weak, in agony, very bloated, and had very elevated vital signs. She had been in labor for several days and needed an emergency cesarean. We had decided previously that Clarita would be the surgical assistant and I would be the circulating nurse, although in the past it was vice versa. We had switched jobs this time because Benny, like many surgeons, was not very nice while he was operating, and I rebelled at being talked to that way. The operation was done in the clinic exam room, which was an incredibly small space; in fact, one of the boards used to restrain the laboring woman’s arms touched the wall.

Benny administered the spinal anesthesia,  and we started the cesarean immediately with no time to spare to even put in an IV. He made the incision in the mother’s abdomen, then told me that she needed a transfusion because of so much lost blood — with the vascularity of the uterus, blood loss is common in a C-section — and that I needed to do it because he was scrubbed and busy suturing the uterus, and Clarita was assisting him.

Here I was, being asked for the first time in my life to insert a blood needle, which is a much larger gauge than a normal IV needle, into a woman whose body was so bloated I could not see her veins. I told Benny I could not do it.

“YOU CAN BECAUSE YOU HAVE TO,” he boomed. It felt like I was in a trance. Quickly, Clarita talked me through the process, telling me where to insert the needle, and it went directly in with my first try. I was able to administer the blood, Benny and Clarita were able to complete the surgery, mom and baby were fine, and I learned an important lesson:

You can do anything as long as you truly believe that there is no other alternative. 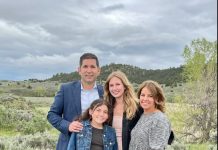 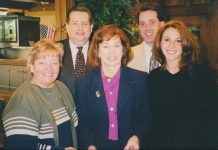 Because You Have To
Sports & Outdoors / Wellness
6:00 pm

Because You Have To
Community / Event Type / Food & Drink