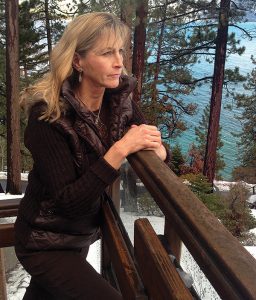 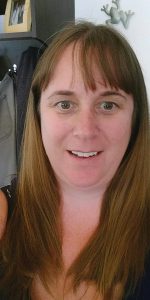 Many of us know that invasive weeds are a problem and have noticed these pesky plants creeping up locally in Lake Tahoe. What you may not realize is that for 20-plus years, the Tahoe Keys Property Owners Association (TKPOA) has been fighting a quiet battle to get permission to use aquatic herbicides to combat the weeds that have taken over their facility.

It has poured countless hours and dollars toward this toxic avenue to address its weed issue, and worse, it has already garnered support from the Tahoe Regional Planning Agency and The League to Save Lake Tahoe in its pursuit. The last major hurdle the association is facing, is the Lahontan Regional Water Quality Control Board, and unfortunately, its approval of the plan appears to be imminent even though the numerous nonchemical methods available have not been thoroughly tested.

Before we delve into alternative solutions, we need to look at how the weeds got so bad and ask ourselves some hard questions. Why are so many resources being spent on the one solution that benefits big chemical companies while alternatives are not being pursued? Why are we not taking advantage of the second major drought in recent years to clean up and clear out the weeds and nutrients that feed these weeds in the Keys? Why are we not taking this opportunity to learn from past human mistakes and are once again ignoring potential long-term consequences in favor of the short-term benefits?  And why, above all else, are we pursuing a “solution” that only treats the symptoms and not the cause?

So, let’s start with some background. When the Keys development was originally approved for construction, as a condition of its permits the TKPOA was to install circulation and filtration systems, incorporating pumps and pipes that circulate water in the Keys. This was required for the subdivision because it was obvious from the onset of the project that the removal of natural wetlands (that act as Mother Nature’s filtration system) combined with the long narrow channels that make up the Keys would lead to stagnant water. As expected, when the systems were no longer functioning, the water did become stagnant, infested with weeds and harmful nutrients, and in some instances toxic.

The TKPOA stopped using the systems because it was too expensive to run. The weeds became a noticeable problem within five years. The property owner’s association has saved themselves an enormous amount of money at the cost of a major weed infestation that has spread from the Keys to Lake Tahoe. Even less harmful native weeds are an issue with the current conditions. It is past time for the homeowners to hold up their original agreement by running the systems that are necessary to maintain the waters properly and sustainably within the Keys, that by nature of their design do not independently provide the filtration and circulation necessary for clarity.

Ever since the circulation and filtration systems were abandoned, the TKPOA has focused their efforts on trying to get aquatic herbicides permitted while accelerating the growth of the invasive weeds with a harvesting removal method that is known to spread and multiply weeds via seeds and fragments. Their time and energy should have been put towards long-term nonchemical solutions and resolving the source of the problem.

One possible nonchemical solution is installation of aeration systems with or without enzymes that have been proven to accelerate nutrient reduction. In the summer of 2020, in developing its environmental report and to show “due diligence” of other avenues, an aeration system was installed at the Keys. However, the association only ran it intermittently and it wasn’t run at all during the spring when weeds start growing and aeration systems are most effective.

This is only one example of the woefully inadequate testing of nonchemical methods both in scale and duration. The excuse tends to be the cost of the testing, yet there have been millions of dollars provided to Lake Tahoe for fighting invasive species; most recently there was $17 million designated for this cause. Local conservation districts and the Tahoe Fund have funding earmarked toward weed reduction and it’s already become a topic of discussion for the funding that will be made available as part of President Biden’s “Build Back Better” plan.

Additionally, Lake Tahoe has already seen success in other parts of the lake with both aeration and UV light systems. Specifically, Lakeside Marina has had tremendous success combating their weed problem with the UV Light Boat Project and Ski Run Marina, which has had marked improvements since implementing a laminar flow aeration system. When these successful projects are raised during discussions with the Tahoe Keys team, the answer is always, “yes, but they are way smaller marinas.” While it is true that the Tahoe Keys is larger in size, the fact is that these methods do work and just need to be scaled up.

It is past time for all of us who work in, play in, swim in, and drink water from Lake Tahoe to hold the TKPOA accountable for their negligence and require them to clean up their waters without further endangering the health and clarity of our lake. The TKPOA’s negligence began with the lapse of their required circulation and filtration systems, but it didn’t stop there. Their homeowners are continually adding nutrients to the Keys from lawn and road runoff that flow directly into the water and must be stopped. If the TKPOA won’t take on this responsibility themselves, then we would recommend having an independent consultant responsible for overseeing the initial clean-up and doing audits to ensure that the systems are maintained in perpetuity.

It has been so disappointing to see the inefficiency and inaccuracy of information provided to the public by TRPA and the League throughout this process. We understand that part of the issue is a willingness to accept the slow moving and clearly biased information provided by TKPOA and their agricultural, chemical-backed consultants and professors. However, it doesn’t take a PhD or a professional consultant to understand the basic concept that it is most effective and sustainable to resolve the source of the problem and eliminate the nutrients, rather than using chemicals as an easy Band-Aid.

TRPA and the League’s sole supposed mission is the health and clarity of Lake Tahoe. With minimal research into the results of other lakes who have used aquatic herbicides to “treat” their weed problems, they would have seen that this option is not a solution. Please call the TRPA, the League, the Lahontan Water Board, and your senators and representatives and ask them to put a stop to the testing of herbicides in our Tier 3 lake, an outstanding national water resource as defined by the EPA. Let’s not be the next Clear Lake, which now has herbicide resistant weed blooms, and instead work together as a community to find a long-term, sustainable, nonchemical solution that we can be proud of.

~ Elise Fett is a pilot, mom, wife, and business owner living in Crystal Bay with her husband and teenage son.

Julie Soules grew up in Kings Beach, and is the current vice president of the Kiwanis Club of North Lake Tahoe.

Tahoe Keys and the Fight to Put Toxic Chemicals in Lake Tahoe
Arts & Culture / Community
All working days 12:00 am to August 31, 2022