Following this October’s early-season storm that dropped 23.25 inches on Incline Village and Crystal Bay, Washoe County plow operators worked a total of 154 hours on snow removal, clearing 322 miles of roadway. That was for the period Oct. 24 to 26. Imagine now if it were a storm that had dropped 7 feet in three days — not entirely unheard of in these parts. The hardworking road crews are out 24/7 trying to keep some semblance of normal, but sometimes the sheer volume of snow that falls in a short span makes it difficult to keep up.

There are things you can do to help the snow removal process, the most important of which is to understand how it works. It can take days of round-the-clock work hours to get things fully under control, even after the snow stops falling. Patience is the name of the game.

In Incline and Crystal Bay, that means paying attention to the color code of the day, which tells residents whether on-street parking is permitted.

“It’s your responsibility to know the color code of the day and not have anything in the right of way that can be in our way when we’re trying to do our jobs,” Road Operations and Maintenance Supervisor Rich Thomsen explained in a video of tips offered on the snow removal section of Washoe County’s website, washoecounty.gov. He suggests checking frequently during storm cycles because the codes change without notice. Green means parking is permitted; red means it’s not. Call (775) 833-5555 to find out the color code status.

Residents can help in the expedition of the removal process by keeping the roads and rights of way clear of items like trash receptacles. Keep them behind the snow poles that line the roadway which — it should go without saying — are not to be removed.

There are typically three types of equipment used in snow removal: truck-mounted push plows, graders, and rotary plows/snow blowers. Each has a different purpose. Push plows remove snow from the center of the roadway by pushing it to the sides. Graders have center-mounted blades in addition to front-mounted push plows and are used to push snow from the center to the sides and to remove the packed snow from the roads. Rotary plows/snow blowers blow snow from the side of the road behind snow poles, which widens the roadway while also making room for future snowfall.

In addition to these machines, most areas also use sand spreaders to sprinkle sand on the road for improved traction in key areas like hills, intersections, and turns. Some are in combination with brine, a salt-water or salt-sand mixture that prevents snow and ice from sticking to the road surface and can be put down up to a week before a coming snowfall.

While different locations have varied ways of classifying things, safety is always number one on the list, so snow removal is often continual in highest priority areas such as main thoroughfares and public transportation routes, and those arteries around firehouses, hospitals, and schools. Residential neighborhoods are usually serviced after a specific amount of snow has accumulated.

In Truckee, streets are primarily plowed with a three-pass method: one pass down the center and two in each travel direction. Wide roads sometimes necessitate four passes. As roads narrow, crews may shift to a two-pass strategy. Intersections and cul-de-sacs are completely cleared by loaders with snow being piled in designated snow pile locations. The public works department aims to plow each residential street twice in a 24-hour period during continuous snow events.

To the dismay of many a homeowner, berms are an annoying side-effect of snow removal. As plow teams make as many roads passable as quickly as possible, berms are unavoidable, even if a machine has snow gates. After a plow has passed by, shovel snow from the berm to the right of your driveway as you face the road. Intrusive berms should be removed as quickly as possible because waiting too long will cause a berm to become an iceberg. Under no circumstances should the snow be thrown back into the street; it is illegal to do so.

In recent years, some locales have made it easier for residents to get an idea of when they can expect the plow to come by. Washoe County’s website provides residents with the Where’s My Plow? tool, which is an interactive map that indicates where a plow is in real time while giving an estimated time for service in various areas. Truckee has a similar system for residents to track plow routes. Go online to 511portal.com/truckee for a real-time map. The town also has a hotline at (530) 582-7707. 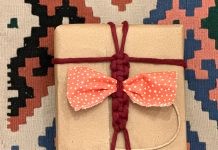 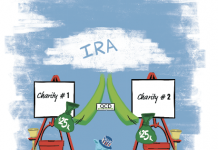 How to Give via a Qualified Charitable Distribution