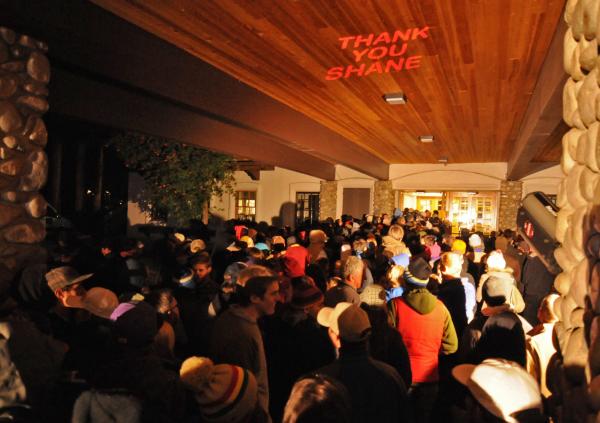 Quite possibly the pinnacle of Tahoe’s 2009 ‘premiere’ season, Matchstick Productions debuted their new film ‘In Deep: The Skiing Experience’ in three packed showings at Squaw’s Olympic Valley Lodge on Oct. 3. The party and premiere were dedicated to the one-and-only Saucer Boy, the late Shane McConkey, whose final film segment closed the show. The proceeds from ticket sales went to ShaneMcConkey.org.

Shane’s movie part brought the crowd to its most feverish pitch, and its most somber, as the footage detailed the seconds before his death and the decades of his inspired life. The Saucer Boy costume contest after the second showing only further fueled the celebratory fire. The host of the event, MSP’s Scott Gaffney, also announced that a McConkey documentary was in the works. Look out for more info on the project in 2010.