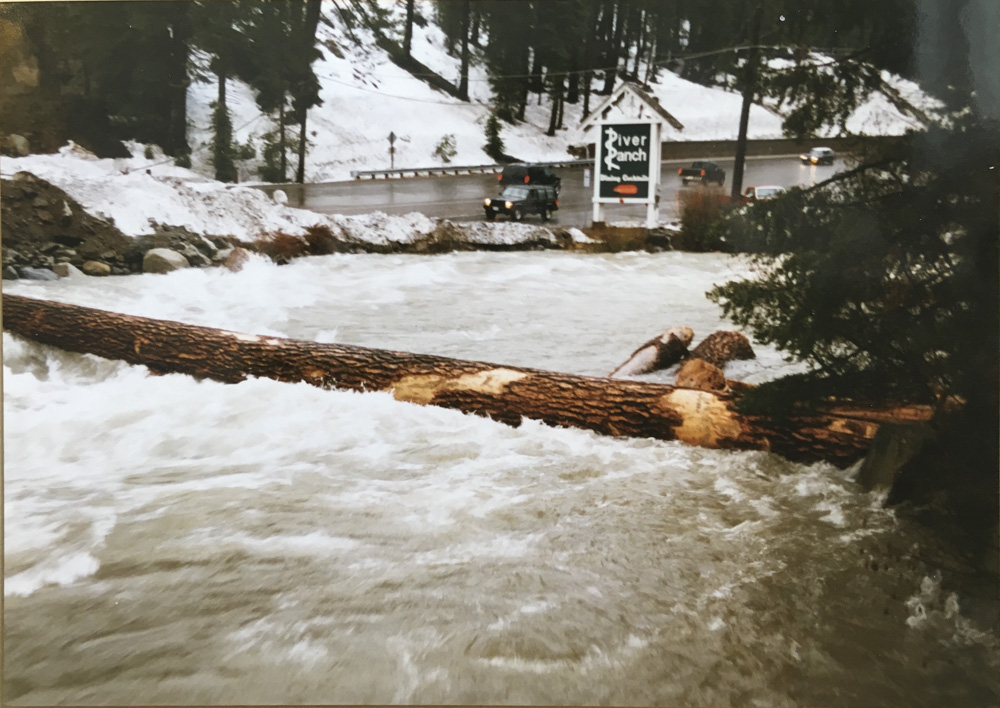 Editors Note: Eddy Ancinas and her husband Osvaldo, an Argentine Olympic skier, have lived along the Truckee River for years. They have seen it all: Olympics, development, seasonal workers, and crazy weather. And 1997 was an El Niño year*, much like we hope to experience in the coming months. While the weather gods graced Lake Tahoe with blankets of the white fluffy stuff, it also created some of the most devastating and dangerous flooding — and subsequent landslides — the Tahoe Basin has ever seen.

For the Ancinases, this time was particularly exciting. In addition to worrying about the river levels near their home on the Truckee River, they were expecting their first grandchild. Here is their story, as told straight from Eddy’s personal journal.

*1997 was not infact an El Niño year. Moonshine Ink regrets the error.

San Francisco. My husband, Osvaldo, searches TV and radio for news of the storms at Lake Tahoe, but it’s all about floods in the valley. He calls Pete Frederickson, our neighbor on the Truckee River and owner of the River Ranch.

“The River has risen to four feet above flood level and is still rising,” Pete tells us. “It’s raining so hard; the noise keeps you awake at night.”

Nine feet of snow fell before Christmas, promising an excellent ski vacation over the holidays, but now, it is being washed away down every mountain, stream and slope in the Sierra. We discuss returning to check on our house, or staying put with our daughter, Carmen, who is expecting our first grandchild on January 8.

Osvaldo calls Pete again and learns that the river branched off two houses up from ours, crashed through the bushes next door, broke the fence, crossed our driveway and spilled over Pete’s deck back into the river. “Outside, it’s like standing in the shower with your clothes on,” he says, thinking a slide might have taken a house.

“Don’t get stuck up there,” she pleads.

Route 89 to Lake Tahoe is closed at Truckee, so we continue on to 267, the only road open into or out of North Lake Tahoe. Thousands of holiday visitors, local residents and skiers inch their way from Kings Beach over the pass by Northstar and down into Truckee. The exodus is so slow, people get out and walk by the side of the road, share stories, walk dogs.

Highway 89 is now open. Driving next to and in the Truckee River, where it has spilled on to the road, we gawk at slides that have brought trees, stumps and mud down into the river, exposing bare brown swathes in the thick pine forest. The slide between the River Ranch and Alpine Meadows Bridge has been cleared, but the debris is so high, I can’t see over it.

At home, grab boots and rain gear and head out to the back yard to gape at the tumultuous flow of the brown river. Waves break on the banks across from us, and the muffled rumble of boulders churning beneath the water sounds like bowling balls in a washing machine.

We are standing by the front door, when Quincy Matcham and her step-father, Larry, arrive in a muddy jeep. Quincy jumps out and throws herself into Osvaldo’s arms. Eyes bulging in a pale, tear-stained face, she tells us that last night, after sand-bagging their house, cars parked and running in front of the garage, they were ready to leave.

Then, suddenly, the horrifying thunder of cracking timber, crashing rolling bouncing boulders and flying trees, rocks and earth sent them running in the dark for cover. They started to run toward the road out, which was right in to the path of the slide. Quincy, sensing the direction of the slide, shouted, “No, come this way.” Luckily they did, just in time, or they would have been buried in eight feet of trees, rocks, roots, branches, mud and debris. “I hugged a tree so hard, my chest is bruised,” Quincy told us. “For the rest of my life, that raw smell of pine and earth will remind me of the worst fright of my life.”

As the Matchams huddled in the darkness, wondering what to do next; an explosion, followed by an electrical flash that illuminated the whole horrendous disaster, sent wires and cables raining down on the debris. Quincy’s husband, her brother and Larry, standing knee deep in water behind the main house, felt the shock rocket through their bodies, already rigid with fright. Seeking shelter from the rain, they gathered in the garage, where the smell of propane signaled a new danger. Fearing the garage might explode, they decided they had to get out. Into the darkest of nights, with the rain pouring down, they made their way over the slide-not seeing or knowing where electrical cables might be-or if more might come down-or where, exactly, the slide ended-or if another one might follow. It seemed to be about forty feet wide. After crossing their bridge and clamoring up to the highway, they discovered the road was closed, for not a car was in sight. They ran 3/4 of a mile to the 7-Eleven at the entrance to Squaw Valley, where they got a ride to the River Ranch. Too wet, too cold, too frightened to sleep, they huddled by the fire in the bar all night.

89 is open. The purr of tractors hangs in the air with the exhaust, as logs and debris are pulled out of the river at every bridge crossing from Tahoe to Truckee.

Our first grandson arrives on the first sunny day of 1997. 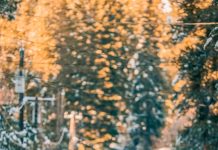 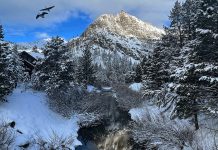 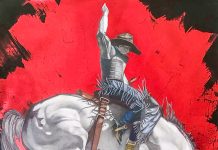