Home Columns My Shot So… California is Asking Us Farmers Not to Grow Food to... 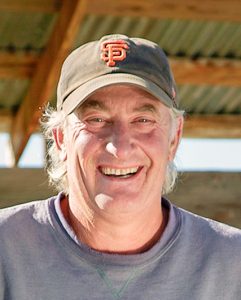 An article in the Associated Press released on March 30, 2022, describes how a California plan would pay farmers to grow less food to save water. California’s plan would pay farmers not to plant thousands of acres of land as part of a $2.9 billion program to allow more water to flow through our rivers and streams. It would mostly result in about 35,000 acres of rice land left unused in the state’s normal crop year, according to the California Rice Commission.

As a small, organic vegetable farmer in the Sierra Valley in Beckwourth, California, I propose there must be more done to conserve water than just paying farmers not to grow food. First, it doesn’t really work for us small farmers under 50 acres in production, and especially me, because I’m at the “top of the food chain” farming at 5,000-feet elevation.

We in Sierra Valley get the first water after snowmelt, before it trickles down to the major rivers, streams, and reservoirs down below. Sierra Valley is an ancient lakebed the size of Lake Tahoe that dried up thousands of years ago, and it has one of the largest California aquifers. Its surface water rights were developed in the late 1870s. Under federal decrees, each landowner here has rights to that water even in times of drought. Surface water has to be released from Independence Lake and the Little Truckee River to landowners in Sierra Valley on a first-come-first-served basis from May 1 to Oct. 1 annually.

As for the AP article, the rice growers in the Central and Northern Sacramento valleys already get huge subsidies to grow or not grow rice. These decisions are made based on a global market that doesn’t affect our local food consumption anyway, so my heart isn’t broken to take water away from them.

In my opinion, specialty crop growers like me and all the other vegetable and berry growers are the ones who should be subsidized in the first place. Instead, only the major commodity growers are currently subsidized — i.e., rice, cotton, corn, wheat, and soybean. Most of those are GMO-based and factory farmed, so I’m all for cutting back on water for those operations.

Annual crops — those like vegetables and strawberries — can easily be regulated for water conservation practices by requiring the use of efficient drip irrigation, mulching, cover cropping, and drought-resistant varieties. The problem is, they are not the big water users.

Perennial tree crops are the problem. Crops like almonds, walnuts, peaches, plums, apricot, pistachio, avocado, citrus, etc. are the big water users, especially in the hot summers when they require over 50 gallons per tree per day. To compound the problem, California farmers have planted those trees in arid areas that 100 years ago were considered dry parts of California and could not support wells for water to grow agricultural crops. It wasn’t until we ran the aqueduct from the Colorado River that we began massive agricultural operations in the desert. In my opinion, only specialty annual vegetable crops should have been grown in those arid places instead of water-sucking perennial tree crops.

So, in all, yes, I’m in favor of reducing water to grow fewer crops for the global scale as a last resort, but it’s going to be hard to cut off water to perennial tree crops because they have a baseline water requirement to survive. In my opinion, strict water conservation measures should be applied first to non-food businesses like recreation parks, golf courses, landscapes, etc. before we restrict any farms.

~ Gary Romano is a third-generation organic farmer and owner of Sierra Valley Farms. A graduate of Cal Poly and Chico State, Romano has been active in the community and was the superintendent of parks for the Tahoe City Public Utilities District and Truckee-Donner Park and Recreation District from 1988-1998.

So… California is Asking Us Farmers Not to Grow Food to Save Water
Sports & Outdoors / Wellness
10:00 am