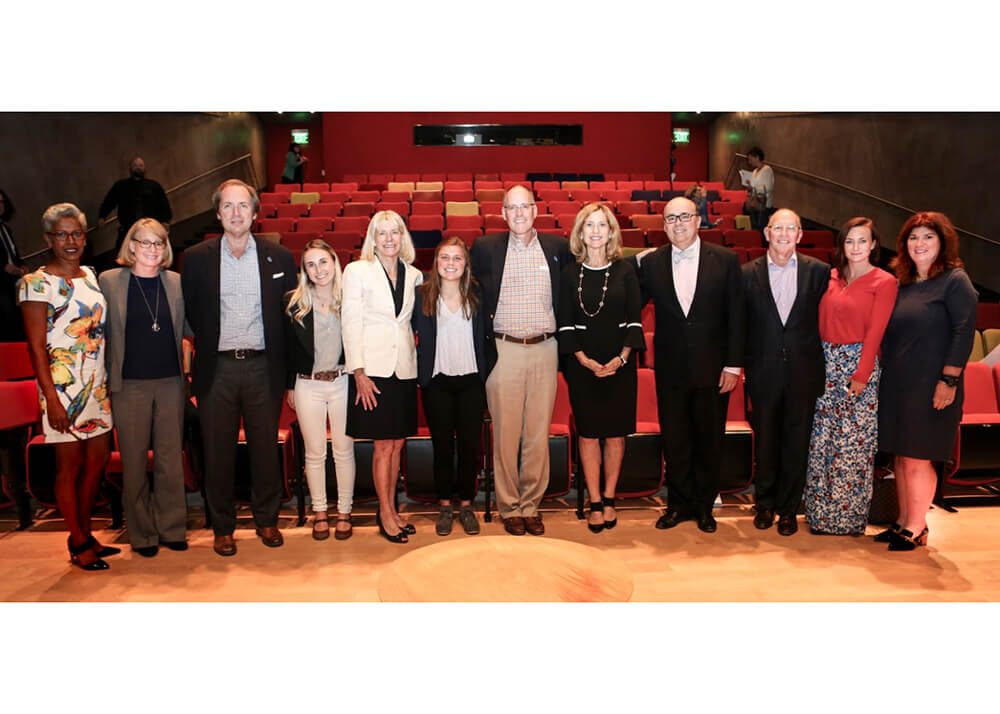 This summer, my definition of philanthropy began to change. I was invited to sit on the youth panel for the second annual Philanthropy Leaders Summit in Reno, presented by the Moonridge Group, a philanthropy consulting firm that helps make philanthropy more impactful. The summit expanded from Las Vegas to Reno where it has been an annual event since 2012.

At first, I was thrilled about this opportunity to tell my story to a room filled with Nevada’s major givers. Then, my skepticism developed. I didn’t think I belonged on the panel. I had volunteered throughout my life, but I’d never donated substantial money, so I didn’t consider myself a philanthropist. I explained my feelings to Melody Zita, project director with Moonridge Group, but she reassured me the column I’d written for Moonshine Ink for the last eight years was absolutely philanthropic. 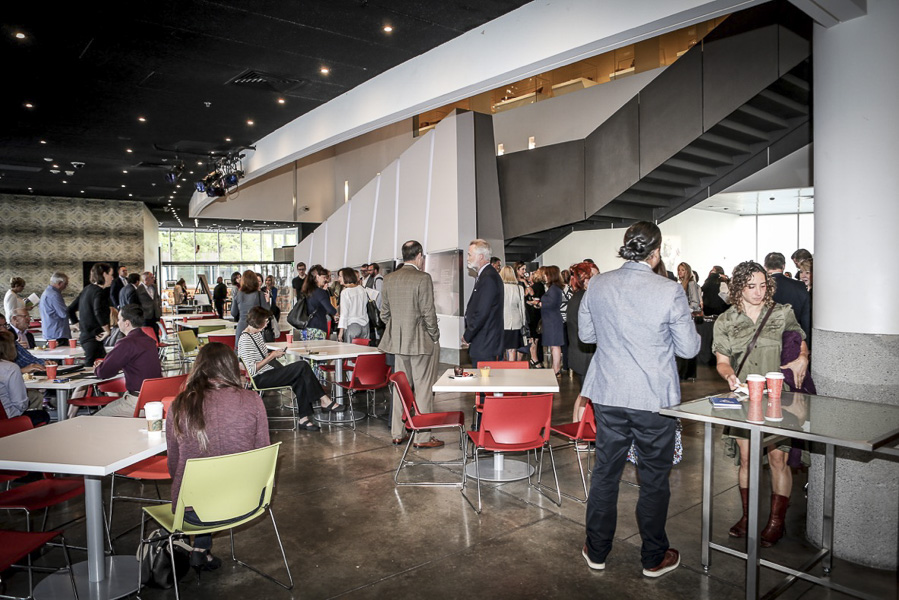 I accepted the offer and began writing my three-minute introduction. I was told to describe my philanthropy, its significance in my life, and what I’ve learned from it. I thought about the interviews I had conducted for Moonshine and how much I’d learned from my community. I thought about how the people I’ve interviewed made changes in their lives and others’. I remembered Finley, 7, who has Down syndrome and taught his family there was more to sports than competition; and Sage, 18, who bravely shared her story of battling anorexia.

And so I started my introduction with this: “Growing up, I was always out in the community, doing and learning. Community was never an extracurricular for me.” As I wrote about Moonshine Ink, I began to see what Zita meant. I realized that I wasn’t just filling a 750-word slot; I was giving to my community by helping adults erase negative stereotypes they may have toward kids, and showing kids that their impact on community, no matter how small, deserves recognition.

When the day of the summit arrived, I dressed up and walked inside Reno’s captivating Nevada Museum of Art. In the lobby, women in blazers and high heels and men in suits talked to each other holding blueberry muffins and coffee. These people were some of the most influential philanthropists and innovators in Nevada and California. Among others, I had the chance to chat with the friendly Paul “Dino” Dinovitz, executive director of the Hearst Foundation. I was intimidated and in awe all at the same time.

At 8 a.m., we streamed into the theater characterized by its contemporary concrete walls and red seating. The master of ceremonies, Punam Mathur, executive director of the Elaine P. Wynn & Family Foundation, introduced the summit as a way to “connect, inspire, and motivate us to share and steal each other’s ideas.” 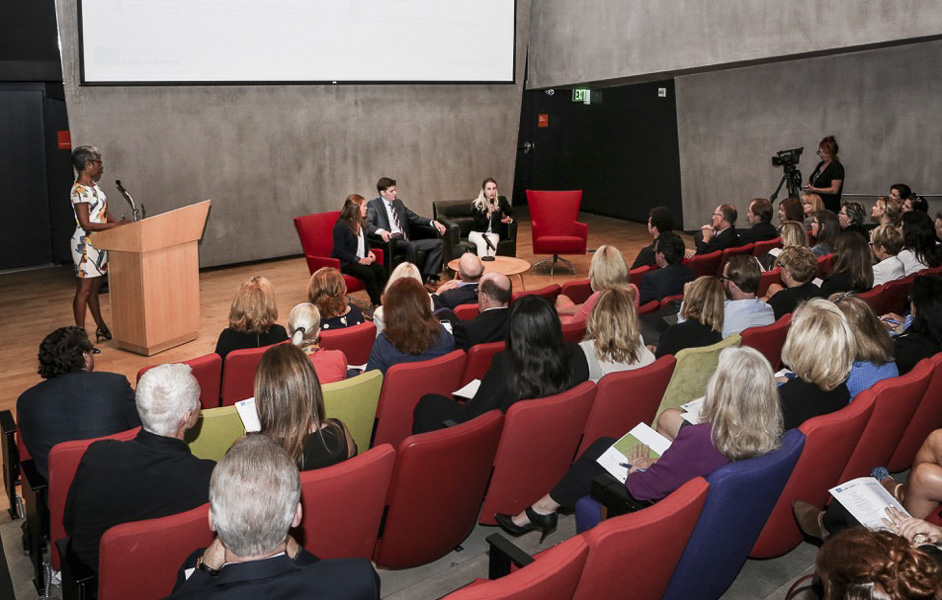 When the youth panel took the stage, I sat beside my cousin Mallory Benna, a senior at Bishop Manogue Catholic High School, who works with the Education Fund of Northern Nevada, a foundation providing private school access to families on a needs basis; and Konner Robison, a Reno local and Stanford University student, whose Scholastic Gateway Charitable Fund raises money to provide technology in classrooms. We shared our stories and answered questions like, “How can we get more kids to give?” and “What do you have to say about kids who do charity work just to look good for colleges?”

Benna answered the first by describing walking through the halls of her high school and seeing the kids who had received scholarships through her philanthropy. She said, “When you see the first-hand benefits of your work, it makes philanthropy meaningful.” And Konner answered the second with a wise and confident, “If college resumes are the catalysts for kids getting involved, so be it.”

But most memorable about our panel was what Punam said to us directly after we finished speaking. Addressing an assumption she admitted to have carried with her into the summit she said, “I apologize for not seeing your depth. You are deep in your humanity. You are giving your voice, expanding philanthropy to amplification and celebration.”

For three hours on that Friday morning, I expanded my definition of philanthropy, and learned from various people that philanthropy is not one size fits all. I listened to Staci Columbo Alonzo, founder of Noah’s Animal House, tell us how her idea sparked.

One day, while she was working at The Shade Tree, a shelter for victims of domestic violence, a young woman arrived with a pet cat. The shelter didn’t allow pets, and the woman was torn between safety and being with her cat. Columbo reassured her the cat would be safe and took it home with her. It was then that Columbo knew in order to save women, she had to create a safe place for their pets, too.

Expanding my understanding of philanthropy, Peter Harter explained his work. He helps nonprofits with intellectual property topics, including patents, and also sits on the board of Open Source Election Technology, a nonprofit that ensures the integrity of elections.

As I submit college applications and think about my place in the world beyond Truckee, I won’t necessarily remember all the facts I learned at the summit, but rather the feeling it gave me. Jeremy Aguero, a principal analyst with Applied Analysis, presented a summary of last year’s corporate philanthropy in Nevada and fittingly ended his talk with lyrics from Bob Dylan’s “Forever Young.”

“May you always do for others and let others do for you.”