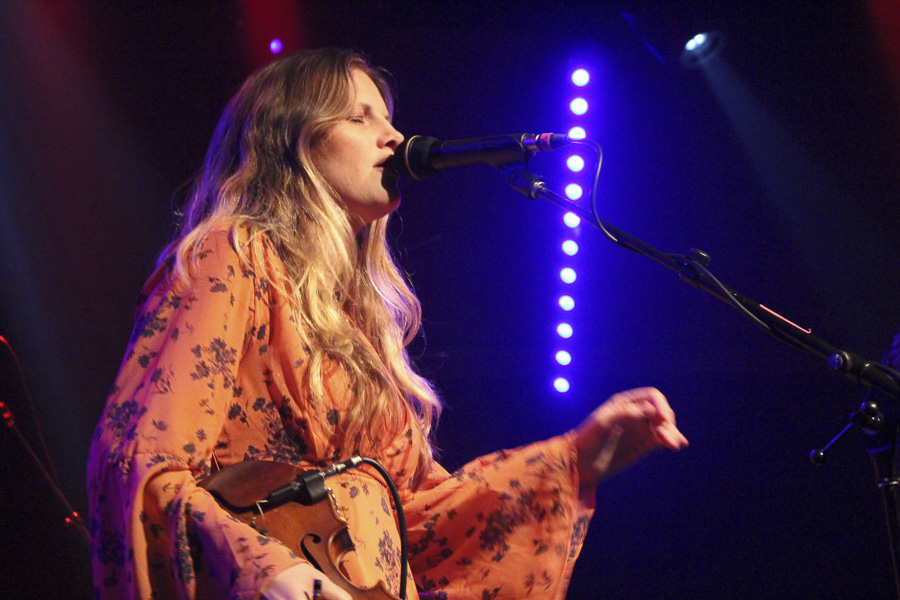 There are certain places in our country known for their musical heritage. Memphis is the birthplace of rock ’n’ roll, Chicago does the blues, New Orleans loves jazz, Nashville knows country, Los Angeles makes pop, San Francisco invented psychedelic rock, and New York City is the eternal home of punk.

All these music towns beg the question: how would one describe Tahoe’s music scene? With so many up and coming artists choosing to pursue their passions here, I have to wonder if Tahoe has a musical destiny yet to be revealed.

So I asked our resident musicians and music lovers to identify what makes our community special. Although a wide diversity of genres makes it difficult to ultimately define, after hearing from some of the biggest audiophiles in the land I uncovered several threads that, when woven together, begin to describe an enigmatic, yet one-of-a-kind, Tahoe sound.

“Tahoe is a very supportive home to work on your craft as well as to see inspiring live music,” said Jesse Dunn, guitarist and vocalist for Dead Winter Carpenters.

Indeed, charming aspects of our music community are its inclusive, welcoming nature and cooperative spirit. There are plenty of places to play, a built-in crowd of music fanatics ready to have a good time, and scores of local artists who are open-minded and willing to jump into new creative projects.

Whereas artists sometimes have the tendency to get lost in the crowd of metropolitan cities, there seems to be room for every talented musician within the Tahoe community. Artists here tend to collaborate in order to achieve visions that could not be completed in solitude. We learn from watching and playing with each other and the national bands that pass through, working together to raise the professional and artistic level all around.

“The one-year anniversary show of Local Lowdown still stands out,” said 101.5 Truckee Tahoe Radio DJ Mary Kohut. “Late on a Monday night, Jelly Bread set up their full band in our tiny station, and a rotating cast of local bands and musicians came to talk and play. The night felt like a party thrown in honor of the local music scene, and the camaraderie was infectious, despite the diverse range of genres and styles represented. Relative to the size of our community, our music scene is blessed.”

Not only is Tahoe the fourth largest alpine lake in the world, it is only three hours from the San Francisco Bay Area and 40 minutes from Reno. The first is a cosmopolitan mecca of innovation, the second a blossoming small city for artists and entrepreneurs.

Truckee’s position along the cross-country corridor of I-80 makes it a perfect pit stop in or out of West Coast music hubs, but also contributes to an isolated and tight-knit, yet transient, nature.

“When you have a music venue in a small town you get your touring acts, but it’s the local musicians who hold down the fort,” said JJ Morgan, owner of Moody’s Bistro, Bar & Beats. “The scene has morphed over the years depending who the crew is at the time. We don’t have quite the broad level of musicianship of a big city, but there are definitely those gems that roll through the area every couple years.”

Case in point, when Paul McCartney took the stage at Moody’s in 2003 for an impromtu performace of “Truckee Blues.”

Like the athletes who come here for mountain extremes, Tahoe music lovers are exploratory risk-takers forever seeking the next moment of epiphany.

“We are active, present, participatory people here in Tahoe, striving to live lives of originality and adventure,” says Andrew Laughlin, who plays saxophone for The Space Heaters and owns Tahoe City Kayak. “We demand the same of our music and we get it from bands with compelling original material that make you stand up and dance.”

As an international destination, people from around the world come here to vacation, relax, and be entertained. Consequently, our enthusiastic Tahoe crowds are a favorite of performers from across the nation.

“The local and touring acts that do well up here all seem to have the ability to make you want to bounce,” said Morgan Hargrave, guitarist of Forget the Roses and owner of Leila Vintage Electronics. “It’s a by-product of a thrill-seeking demographic.”

Ultimately, Tahoe’s music is rooted in the wild landscapes that surround us. The pristine environment draws us here, inspiring artists to connect into a deeper, more fluid energy born of Mother Earth.

“It’s all about the flow state,” said Thomas Page, bassist of Coburn Station. “Like standing over a line that gets your heart pounding, but when you drop it’s like a dream. It’s when you’re on the dance floor you start feeling it, close your eyes, bend your knees, and lean in. The connection we all share is rooted in that feeling.”

Artists are known to be sensitive to their surrounding environments, so the high vibrational energy of the mountains and lakes will always inform the creative pursuits of those who choose to work and live here.

“Music is everywhere,” said local photographer Clare Foster. “Up in the canyon where the old owl hoots, in the meadows with coyotes singing their song, the sound the snow makes when you carve those turns first thing in the morning. The way the sun rises and then sets again, filling hearts, filling air. All you have to do is listen. Can you hear the music?”