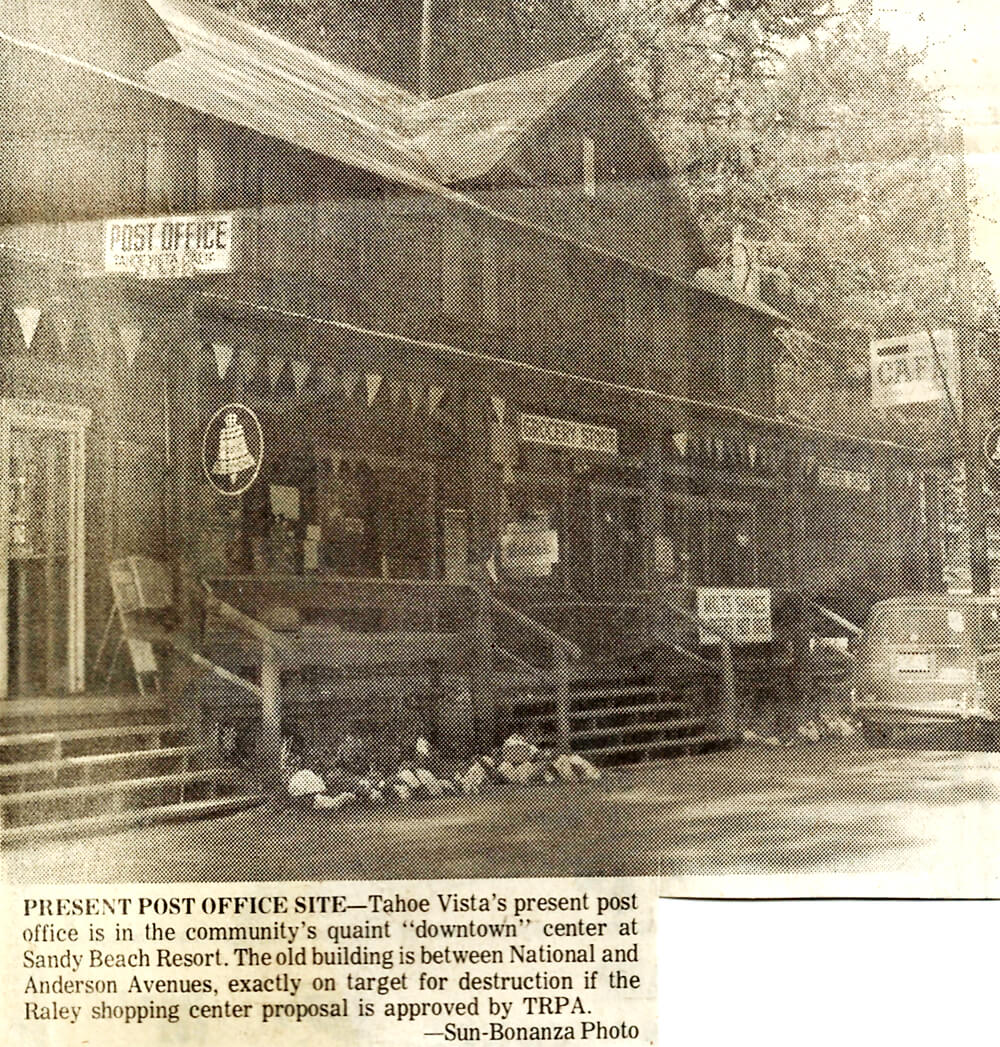 Although locals have flocked to Spindleshanks in Tahoe Vista for good wine and happy hour specials for the past 13 years, the restaurant’s building has a long and varied history, ranging from housing a resort to a post office. Set to be demolished early next year, Spindleshanks will soon close its doors on the building’s 86-year history. See story, here.

The Sandy Beach Resort was built in 1927, a time when Tahoe was mainly accessible by steamship and train. The double-sided stone fireplace is from the original building. If you look closely, you can see some creative touches left by the mason — a sailboat made out of lake rock and the green glass of a Coke bottle above the interior mantle, and a sun made from orange rock near the top of the chimney. The resort featured a restaurant and grocery store, and eventually a soda fountain.

The Tahoe Vista Post Office first opened in the hotel lobby in 1942, and by the early 1950s it was open year round. “At this time the site truly became the focal point of activity in Tahoe Vista,” states Spindleshanks’ website. “Hotel guests and residents would gather around the outdoor portion of the fireplace during the summer evenings to swap stories of the day’s activities.”

The building was in danger of being torn down in 1973 when a Raley’s shopping center proposal was presented to the Tahoe Regional Planning Agency. However, the project was rejected by TRPA and the post office was moved to the other end of the building in 1981. The remainder of the building soon became Colonel Clair’s Restaurant. In 1991, the Tahoe Vista Post Office moved to its current location on the corner of National Avenue and Highway 28.

The early 1990s brought a few more changes to the historical building, including a change in restaurants. Colonel Clair’s became Sweetwater, then back to Colonel Clair’s, and then Crawdaddy’s. Spindleshanks opened in March of 2000.