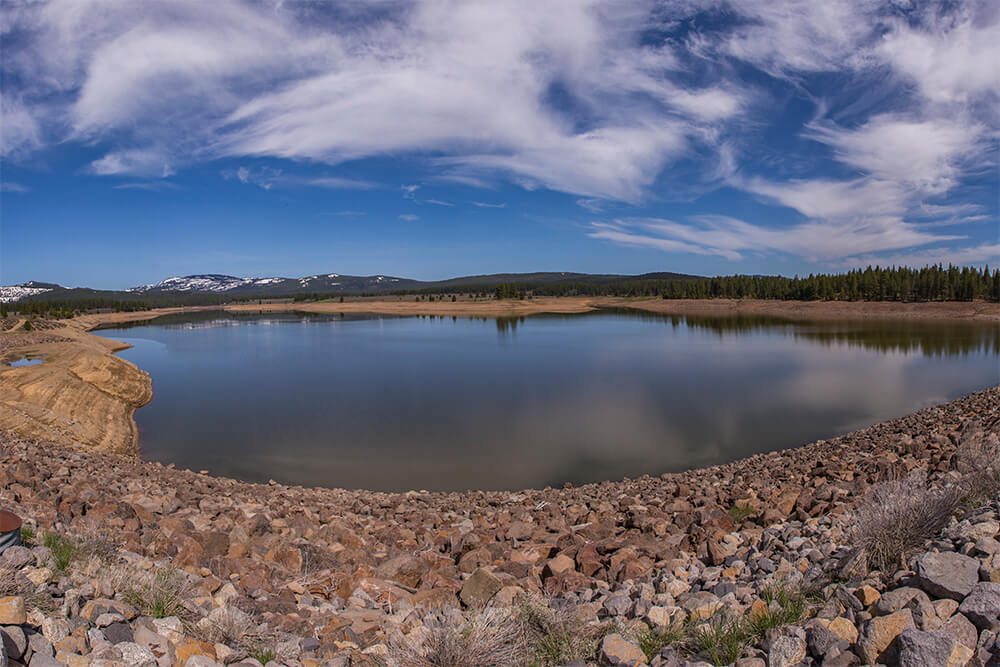 This month, submissions rolled in for You Asked. They Answered. Instead of the usual singular query, we decided to answer three burning questions from our readers. Read on to find out why in the world Tahoe City smelled like a toilet, why Prosser Reservoir looks eerily empty this spring, and why DMV registration fees are going up.

Something in the Tahoe/Truckee world confounding you? Submit your knotty question for public agencies to editors@moonshineink.com.

Man, why does Tahoe City stink?

The Tahoe City Golf Course had a rather pungent odor in late April/early May. This phenomenon is actually quite common after a heavy winter — when the turf (grass) is under snow and/or water for so long it actually rots. Turns out, rotting grass can smell as bad or worse than rotting food, or even a bit like a sewer. The good news is, it goes away fairly quickly once it fully dries out, though there are still a couple of spots where it could occur again. Tahoe City Public Utility District plans to reseed those areas and the grass should come back beautifully.

With all of the winter snow melt, why is Prosser’s water level so low?

This winter brought one atmospheric river after another, dumping massive amounts of snow in the Tahoe region. We’ve got the water, so why is Prosser Reservoir still so low? Water Master Chad Blanchard of the Lahontan Basin Area Office says Tahoe’s record-breaking snowpack is responsible. There’s still a substantial 85 inches of snow on Donner Summit, and as warmer weather melts the pack, flood risks increase.

“The cooler we get and the longer (the snow) stays up there, that much runoff is still to come later in the year and we can’t even start filling,” he said.

The Army Corps of Engineers sets a standard for how high Prosser, Boca, and Stampede reservoirs can be filled as the snow melts. Prosser Reservoir’s primary function is flood control, and two-thirds of the entire reservoir are reserved for this purpose. Boca and Stampede reservoirs have a lower percentage of their total area devoted to flood control (between 10 and 20 percent) and a higher water level during the spring snowmelt can be maintained.

Typically, Prosser can begin storing higher levels of water in early April, reaching full capacity sometime in late May, but in heavy precipitation years like 2017, the reservoir won’t fill until July. Blanchard anticipates a late start this year, and predicts filling will begin around June 1.

I’ve heard our DMV registration fees are going up. Do you know why?

In April, Governor Brown signed a series of transportation funding measures approved by the State Legislature to close an anticipated $59 billion statewide shortfall. The Road Repair and Accountability Act of 2017 provides new funding from a transportation improvement tax tacked on to the annual vehicle registration fee, a $100 annual fee for electric car owners, a 12 cents/gallon gas tax increase, and a 20 cents/gallon diesel excise tax increase.

The money will be prioritized to go to “fix-it first” projects split between state, city, and county taxes.
The DMV is required to begin collecting the new Transportation Improvement Fee of $25 to $175 on January 1, 2018. The fee will be based on the market value of the vehicle, using the following schedule:

Beginning July 1, 2020, the law also requires the DMV to collect an additional Road Improvement Fee for zero-emission vehicles with a model year of 2020 or later. This fee will only be imposed for the renewal of registration.