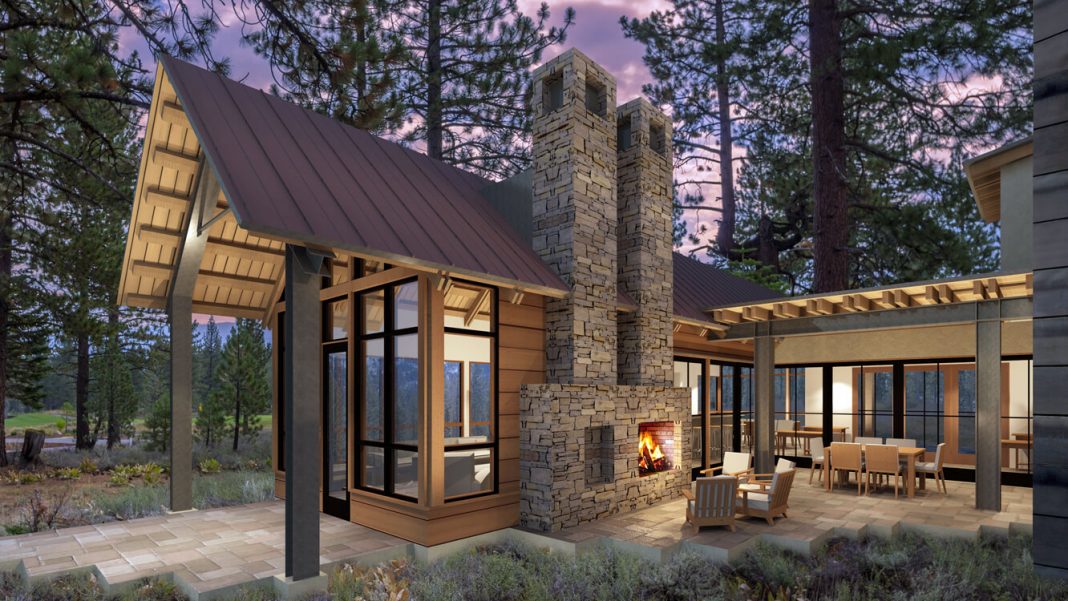 Schaffer’s Mill in Truckee is the location of HGTV’s 2014 Dream Home Giveaway, in which the winner walks away with a $2 million package, including a 3,200-square-foot home designed with “new mountain architecture,” which adds modern touches to the classic mountain style. The popular television sweepstakes provides a national stage for Lake Tahoe and Truckee, which some hope will bring more visitors and business to the area.

Marlin said the development has already seen an increase in sales because Schaffer’s Mill is the dream home location, with 40 families joining the community since July. And he expects interest to grow as shows on the project begin to air on HGTV and the DIY Network. The sweepstakes, which will be in its 18th year, had over 77 million entries for the 2013 Dream Home on Kiawah Island, S.C.

This is the second time California was picked as a Dream Home location; Sonoma was home to the 2009 giveaway. Viewers can enter to win the home from Dec. 27, 2013 to Feb. 14, 2014. The entire prize package includes the completely furnished custom-built home, a new GMC vehicle, and $250,000 cash.

“This really is an exciting thing. It is really putting us on the map now,” said Lisa Burns, marketing manager for Ward-Young Architecture, the Truckee firm that designed the house. “It will be good for local business; more people will be visiting the area.”

Burns said Ward-Young was chosen as the architect for the project by Jack Thomasson, producer of the HGTV Dream Home Giveaway. Thomasson had decided on the Lake Tahoe area for the next dream home’s location, and while scouting earlier this year he drove by Northstar’s fire station and fell in love with the architecture, which was designed by Ward-Young. Thomasson chose the 475-acre Schaffer’s Mill as the home’s location because he “liked that there was open land, that it was on a golf course, and there was new development,” Burns said.

Thomasson and David Bourke of Ward-Young wanted to take advantage of the location’s natural beauty and light, so they incorporated 88 large windows into the design, as well as having the front and back walls of the great room made entirely of glass. The H-shaped layout has two wings that are linked by a window-filled center entryway with open access to the front courtyard and back patio. Stone, wood, and stucco siding were also used in the construction of the home. The design has been coined “new mountain architecture” because the architects wanted “a traditional mountain retreat with modern design,” according to HGTV’s website.

“We wanted to give the home a traditional character from the outside,” said Bourke on HGTV’s website. “But inside it’s all about modern indoor-outdoor living and natural light.”

The design and building teams also had to account for Truckee’s unique weather and environmental conditions. They had to make the home earthquake-proof, able to withstand heavy snowfalls and icicles, fire-resistant, and bear-proof. The steeply pitched roofs are built to hold four feet of snow at any one time, and the flat roof can hold up to 8.5 feet of snow.

“If we ever get a massive 100-year snowstorm, I’d want to be under that roof. It’s so beefy you could park a freight train on it,” said Project Contractor Mike Efstratis on HGTV’s website.

Building began in May, and the home was completed in five months, Burns said, which is extremely fast for a project of that magnitude. The house is already furnished. Burns noted that HGTV is “very particular about their vision and what they want,” and seeks to work with firms that can produce quick results.

Public tours will begin in 2014, with proceeds from the tours going to local charities, which have yet to be determined. Filming has been ongoing for several weeks and spans several months. The house will be showcased on HGTV’s website, in the HGTV Dream Home special, and “Behind the Build,” which airs on the DIY Network. Air dates will be posted on HGTV’s website.