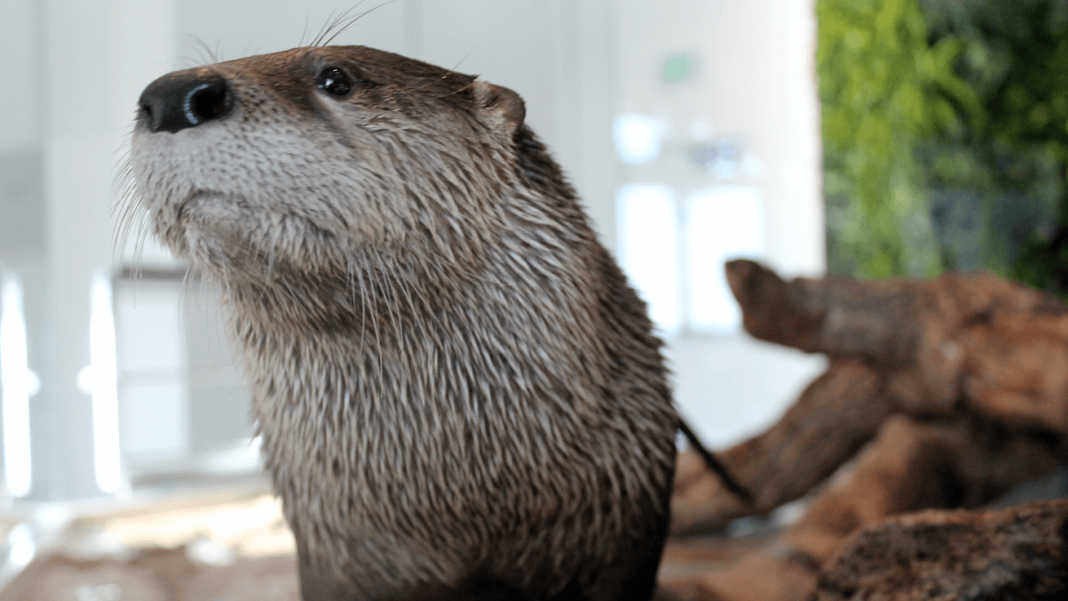 In a surrealist twist on the flow of tourist traffic, soon you will be able to head over to San Francisco to visit Tahoe. Aquarium of the Bay recently announced the newest addition to its aquatic family: Tahoe, a juvenile North American river otter. Tahoe will make his public debut on Friday, April 14 in the Aquarium’s North American River Otter Gallery.

Tahoe, who recently celebrated his first birthday in February, will join Aquarium of the Bay’s popular and loveable river otters, Shasta, Baxter, and Ryer. As a matter of fact, Tahoe was born across the Bay at the Oakland Zoo and is the half-brother of frisky brothers, Baxter and Ryer, also born in Oakland.

While Tahoe has yet to meet the public, he has been on-site at Aquarium of the Bay since February getting to know his otter companions behind the scenes — and he’s already fitting in perfectly. When he’s in the mood to romp and play, he’ll seek out Baxter or Ryer, who are known to be quite rambunctious. When he’s ready for a nap however, he knows to cuddle up to Shasta, resident otter elder and expert napper.

Being a playful river otter, Tahoe has settled on some of his favorite playthings including rope toys when on land and rings that he likes to play with in the water and even wear around his front paws, possibly in an attempt to start a new fashion trend. Tahoe has also displayed a particular talent for juggling ice, golf balls, and other small items, giving Fisherman’s Wharf’s street performers a run for their money.

In addition to making new otter friends, Tahoe has also been spending time developing a relationship with Aquarium biologists. Aquarium of the Bay employs free contact training, a specialized training technique for zoos and aquariums, and one that requires a deep level of trust between the biologists and otters. Free contact training removes the barrier typically kept between otters and biologists, and lets them work directly together. This method is useful for biologists to track the health of otters and is beneficial for them when it comes time for veterinary checkups.

Tahoe will join Shasta, Baxter, Ryer, and the 20,000 fish, sharks, and other animals living at Aquarium of the Bay to help share the message about the importance of the health and interconnectedness of our natural resources. North American river otters (Lontra canadensis) live throughout California and are an important indicator for the health of the waterways that feed into San Francisco Bay. By providing the opportunity for the Aquarium’s guests — including over 20,000 school children that visit for free each year — to connect with river otters, Aquarium of the Bay is working to build a connection between its visitors, the river otters, and a healthy watershed.

Learn more about North American river otters and Aquarium of the Bay by visiting aquariumofthebay.org.

Aquarium of the Bay Brings Tahoe to San Francisco
10:00 am

Aquarium of the Bay Brings Tahoe to San Francisco