Home Sections Opinion All you can eat buffet 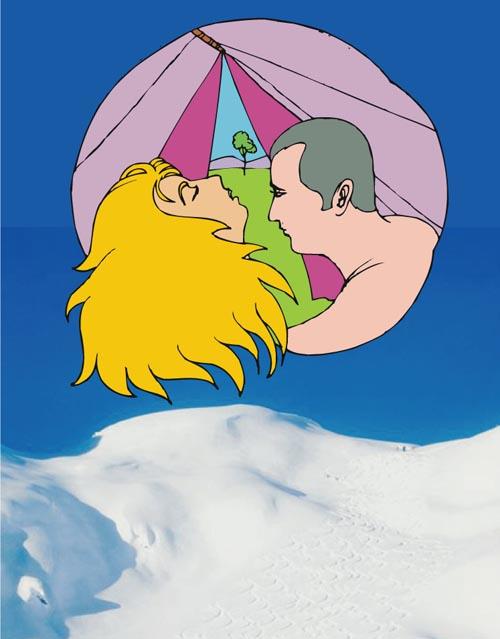 It was far from the maddening crowd, overlooking Lake Tahoe atop Homewood’s Quail Face, that I remembered the late Bernie Kingery’s quip years ago to a young ski patroller.

‘Powder skiing is better than sex, basically because you can do it all day,’ he said.

We had been doing it all day – Me, Dirty Debbie and Rude Renee a.k.a., the Hurt Me Sisters. It had been euphoric. Now we inspected Quail Face, 300 acres of steep, wide open fall-lined terrain, 900 feet in descent. By mid-afternoon, plenty of trackless lines remained, especially over by Wally’s Folly and The Shoulder.

After three days of burly snowfall, up to seven feet, Homewood offered an all-you-can-eat-buffet of sweet, untracked thigh-deep powder stashes. Its sultry world of timber runs and glades made one feel as if submerging slowly into a warm bath with the one you love.

It was only now, after 2pm, that we’d finally made the hike out to Quail Face. We’d parked mid-morning on the Tahoe Ski Bowl/South Side, swallowed a bunch of Chlorella Yaeyama tablets, booted up and rode Quail Chair with the intent of making the trek out to Quail Ridge. Instead, we discovered only a snowball’s toss from the Quail lift’s top terminal, a quilt of beefy untracked terrain through the timber near Drainpipe and Shortcut runs.

Betty Davis, the film actress, once said her ultimate fantasy was to make love over a bed of Gardenias. Now I knew what she meant.

For the next two hours we couldn’t stay out of its timber. There was no one else touching these beautiful, supple milk of magnesia mounds of soft virgin snow. It was as pneumatic as a Playmate of the Year base-jumping into your bed – Holy Land – every run a mind-blowing thigh caressing sweep of ecstasy.

Finally atop Quail Face, atop of the world for all that mattered, Debbie and Renee cackled and teased. Shadows extended toward the circular horizon of Lake Tahoe. My breathing was quick. The taste of a peach. The wind whirled like ratchets.

All you can eat buffet
Sports & Outdoors / Wellness