When you think about Truckee, what comes to mind? Skiing, hiking, mountain biking? While Truckee may be known as a mountain town with endless recreation possibilities, over the past two decades the town has gradually morphed into a hub for the arts, thanks to a rugged community that attracts creative people, a dedicated group of artists, and help from the Town of Truckee. From public art to makerspaces to artists collectives, not to mention galleries, creative cuisine, and live music, the arts and culture scene in Truckee is thriving. With the upcoming completion of the Artists Lofts and the town’s recent designation by the state as a California Cultural District, Truckee’s reputation as a place for the arts has been cemented.

When artist Sara Smith moved to the area over 20 years ago, she described the art scene as “traditional mountain art,” meaning lots of paintings of bears and landscapes. Since that time, she has been thrilled to watch the Truckee art scene grow and evolve.

She credits artist cooperatives like Riverside Studios — which began in 2002 as a working artists studio on West River Street before moving to downtown Truckee in 2010, becoming a gallery and store for handmade artisan goods — and the creative class of people that Truckee attracts, as some of the forces that helped push the arts in a new direction in the area.

“When I think about creative centers, there tends to be a high level of entrepreneurism … and we tend to have a very high level of entrepreneurial activity and it seems to have grown over the last decade,” Smith said. “We live in a wilderness interface. It’s not necessarily an easy location to live given the environment and location and access to different services. Things come along with it that require someone to be by nature a self-starter.”

Smith believes that there is a resurgence of interest in crafts and working with our hands, like making sourdough bread, knitting, and woodworking, in response to our digital era, when so many of us feel disconnected from ourselves and each other. She believes art is the tie that binds a community.

“What did you miss most when everything was shut down? For most people it was live music and cultural events,” Smith said. “They help bring us together and glue us together as a community …. Arts are the connectors, whether it’s culinary to bring us together for meals or music bringing people together to sing and dance.”

A prime example of that is the Truckee Roundhouse, which opened at the end of 2016 at the Truckee Tahoe Airport. The Roundhouse is a nonprofit makerspace that supports the teaching, learning, and practicing of a wide variety of crafts, skills, technologies, and arts. 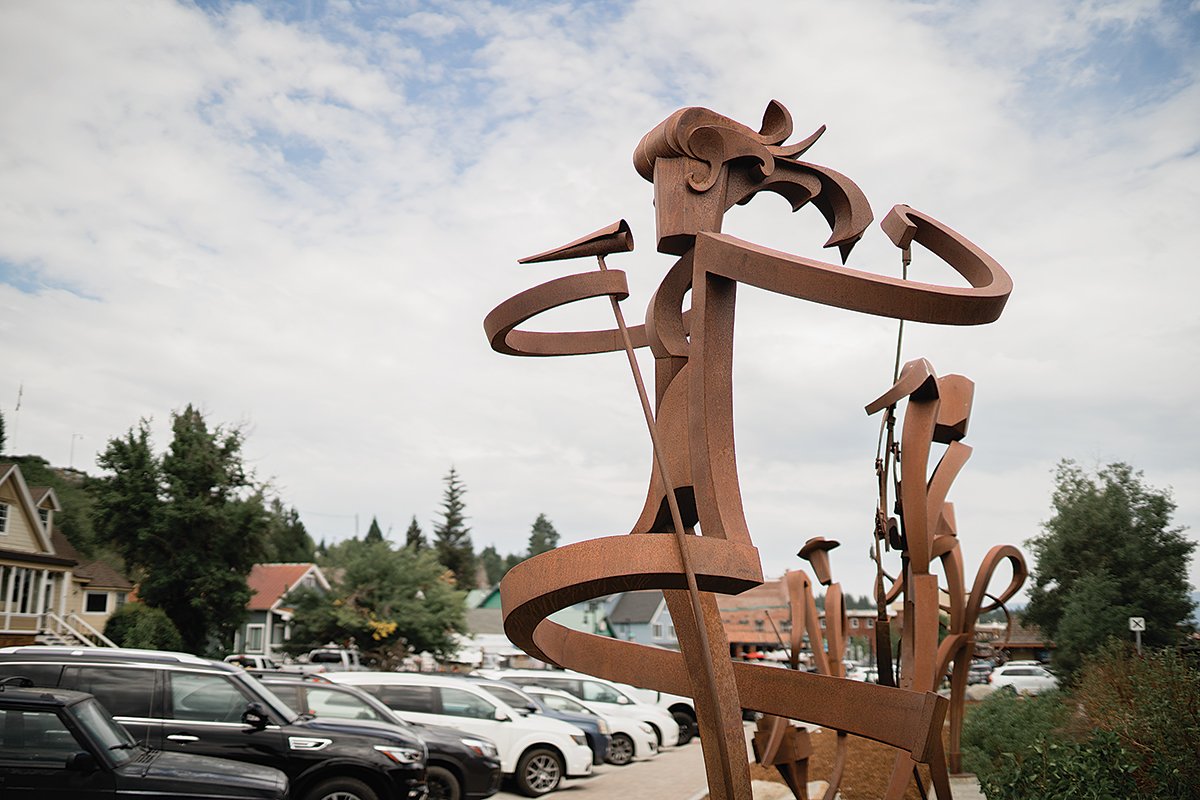 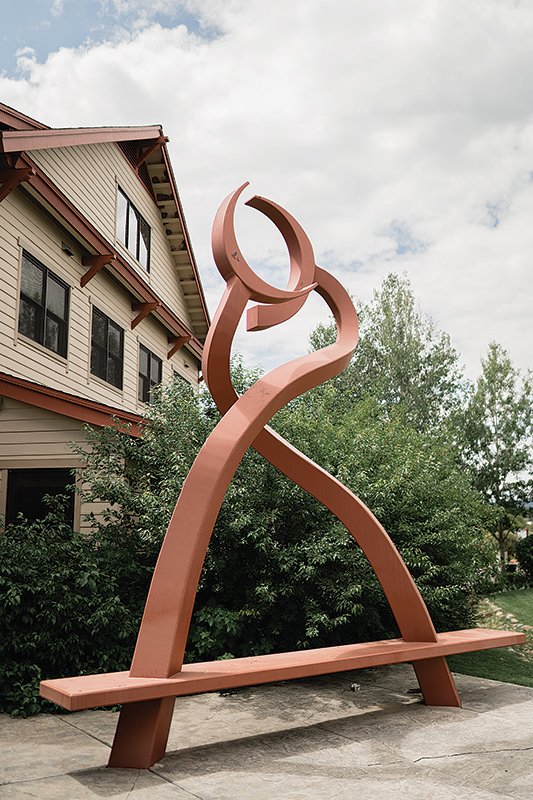 “A lot of the drive behind the Truckee Roundhouse was to create space where our community could come together and explore their creativity,” said Karyn Stanley, Truckee Roundhouse executive director. “I do think there is a rebirth of craft and craftsmanship. It’s super exciting to see all the artisan fairs and markets and the success of Made in Tahoe.”

Made in Tahoe, an arts and cultural festival celebrating all things local, started in 2013 in Squaw Valley.

The Roundhouse launched its Maker Show in 2015 before the space even opened. At the time, there was nothing like it in Truckee, but now, says Stanley, “there are so many opportunities for local artists to sell and market their crafts.”

Today, the Roundhouse operates with 40 volunteers, 120 core members, and about 100 at-large members. In addition to popular classes like ceramics, butcher block, sewing, and wood laser, it offers summer camps for kids.

But not all art is meant for individual purposes. Art also deserves to have a more public role. Jennifer Standteiner, who owns the custom metalwork shop Mountain Forge with her husband, Toni, noticed that all the pieces they were making, like fireplace doors, entry gates, and guardrails, were going into private homes.

“It started feeling like art needs to be more public; it should be something everyone enjoys; it’s such a necessary part of society because it’s the lifeblood of society,” she said. “It’s the emotional heart, the center of community. Performing arts, sculpture, murals are what give richness to a community.”

More public art followed — like Truckee resident Troy Corliss’ Mountain Flowers in the roundabout near the Community Rec Center, Mountain Forge’s The Band in Brickletown and Locomotion, a giant bike sculpture near the Flying A building. In 2006, language was inserted into Truckee’s 2025 general plan that stated the town’s support for public art. But the process to select and approve public art, which was then headed by the Truckee Public Arts Commission under the Truckee-Donner Recreation & Park District, was ad hoc, or “opportunistic,” as Smith called it.

“It was, ‘We have an opportunity for public art, let’s do this,’ as opposed to a process,” she said. “The purpose is to give an official framework and support, to let the community know the town values this as an element of the general plan.”

It wasn’t until July 2019 that the Town of Truckee approved its first public art master plan. The plan states: “The Town of Truckee believes that public art is an essential component of a thriving community, a livable city, and a world-class destination. The town’s vision is to enrich our community through exposure to a high quality and diverse public art experience.”

The plan includes potential art locations and funding sources, and dedicates $25,000 to public art in the town’s 2019/20 budget, the first time the town made a financial commitment to art. The masterplan also appointed an advisory body — the Art Commission of Truckee — which provides leadership in implementing the masterplan. In February 2020, the town council appointed the commission’s seven members, including Standteiner. The group has held stakeholder workshops and received public input but has not yet selected its first project.

While Standteiner is happy with the adoption of Truckee’s public art master plan, she says the town still has a long way to go.

“We are still in the convincing state. We have a masterplan that allows some funds in the town’s budget, but it’s nominal. These projects are tens of thousands of dollars,” she said, noting that Mountain Forge gave The Band to the town for $15,000 but its true cost was $200,000. “The problem is still not recognizing the full legitimacy of what needs to happen here. Yes, we are making strides and progress and headway, but there is still so much more that needs to be done to legitimize arts and culture in our community.”

One step that helped legitimize Truckee as an arts and culture center was its designation by the California Arts Council as a California Cultural District in 2017. A cultural district is a well-defined geographic area with a high concentration of cultural resources and activities. Only 14 towns out of approximately 30 were approved, including Grass Valley and Nevada City, which applied jointly.

The Truckee Chamber of Commerce, the Truckee Public Arts Commission, and the Town of Truckee worked together on the application. Informally, the Truckee Arts Alliance, which was formed in 2015 but did not come under the financial sponsorship of the Nevada County Arts Council until 2018, also played a role. The TAA is an artists’ collaborative and an advocacy group for the arts in Truckee.

“The Truckee Arts Alliance was formed as a grassroots organization for folks to get together to talk about how to support arts and culture in our area,” said Smith, who is a TAA co-chair; Standteiner is also on the advisory team. “The first project we took on was the cultural district because when you gain recognition at a larger level like that, it’s influential in opening people’s eyes to this.”

While the cultural district designation came with $5,000 a year for two years, many of the stakeholders were disappointed to see the funding dry up after 2019 and to receive no marketing from the state.

“It came with an insignificant financial contribution, but it helps put us on the map as an arts destination and center for arts and culture,” Hobbs said.

Part of the application process involved creating an ongoing inventory of all the town’s cultural assets, including over 100 pieces of public art. The list can be found at truckee.com.

The Artists Lofts, which broke ground in 2018 as part of the Truckee Railyard Project, promises to be a cultural hub, once completed. The lofts have 76 income-restricted rental apartments, with artists getting top preference, as well as a residential gallery space, an art room, a community room, and a band room. There are only 10 units still available, and renters are expected to start moving into the first building in the next few weeks, according to Azzie Youssefi, CFY Development partner and project manager.

Based on what Youssefi has seen with the Warehouse Artists Lofts in Sacramento, which CFY completed in 2015 and which was the inspiration for the Truckee Artists Lofts, she expects the new buildings to serve as a mecca for arts and culture.

“Since [ Warehouse Artists Lofts] has been built, anything related to the arts in Sacramento wants to be on our street, like galleries and venues,” Youssefi said. “When you have a creative hub like that, and a sense of community, it naturally draws people. They have regular art shows and walk-in studio tours. We are hoping to have a similar synergy in Truckee.”