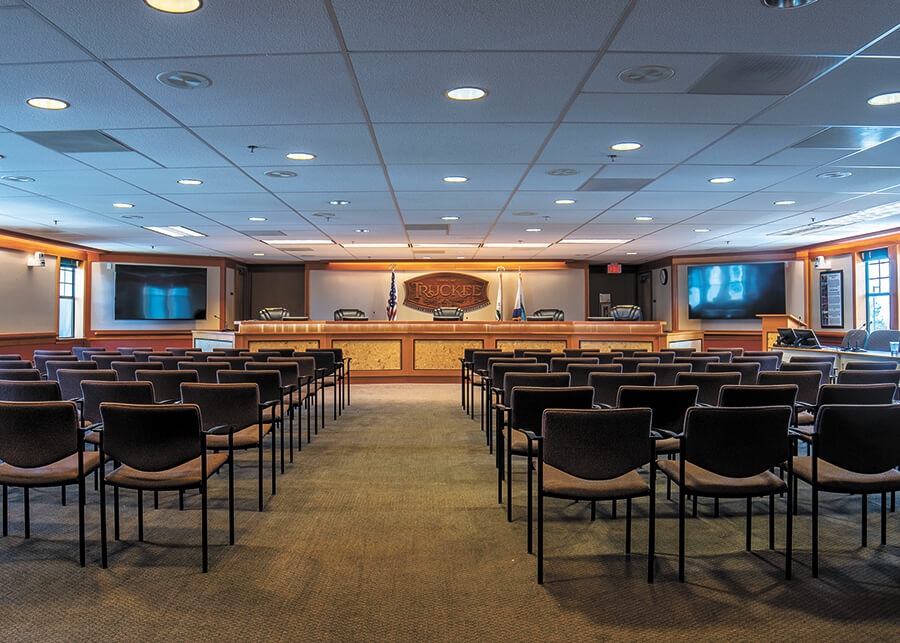 This November will bring 12 propositions to the ballot box that could have profound impacts on our region — think housing.

One proposition in particular is especially important to the Truckee/North Tahoe region, which is currently faced with a dearth of affordable housing options (see p. 14). Proposition 1 includes a deal for a $4 billion bond, the terms of which were agreed upon at the end of July, that would fund low-income housing developments and would subsidize home loans for California veterans. The bond would finance existing housing programs and infrastructure work and provide grants to match local housing trust funds, dollar to dollar.

Some uses of the bond include $1.5 billion to the State of California’s Multifamily Housing Program, funding affordable housing projects for those at 60 percent or lower of the area median income. It also allots $150 million for projects near transit stations, $150 million for loan assistance, and $300 million for a matching grant program.

A second housing bond is also geared to assist the homeless and mentally ill, and would provide $2 billion drawn from the state’s 1 percent millionaires’ income tax surcharge established in 2004.

Another measure is set to tackle the growing unaffordability of California rent prices. The 2016 Regional Housing Study found that 76 percent of residents in the Truckee/North Lake Tahoe area overpay for housing, meaning they spend more than 30 percent of their income on housing. Proposition 10 could make it easier for local governments to establish rent controls. Currently, a state law restricts a local government’s ability to enact rent control within their jurisdictions, but this November ballot measure aims to repeal that law.

Two of the measures are on the more unique side: a proposition to allow the elderly to retain their property taxes from one home to another after moving, and a proposition to abolish daylight savings — but only if Congress gives permission. The ballot originally had a measure to split California into three states, but this was nixed by the California Supreme Court on July 18 citing “significant questions regarding the proposition’s validity.”

The June 5 primary elections saw the passage of four out of the five statewide ballot measures, including a proposition that will bring $142 million in funding to Sierra Nevada parks, water infrastructure, and environmental protection.

The deadline to file candidacy for local office closes on Aug. 10 for all those wishing to make a run for a seat on the Truckee Town Council or any of the local special district boards.

In spite of the looming deadline, as of this writing only two candidates have qualified to run for Truckee Town Council seats, although three seats will open up this year. The terms of Morgan Goodwin, Carolyn Dee Wallace, and Patrick Flora are currently available, and so far Goodwin is the only incumbent to file for reelection. Additionally, Carmen Carr, a local realtor with Engel & Völkers, has filed to run as well. If Wallace or Flora fail to file by the Aug. 10 deadline, it will be extended to Aug. 15. Council members David Tirman and Jessica Abrams terms run until 2020.

Special district elections share the same deadlines as town council. Here are the candidates who have filed to run as of this writing.

Tackling Housing Crisis via Propositions, Who’s Filed for Local Seats
Business
9:30 am / 10:00 am