Home Columns In the Past Chicken Business 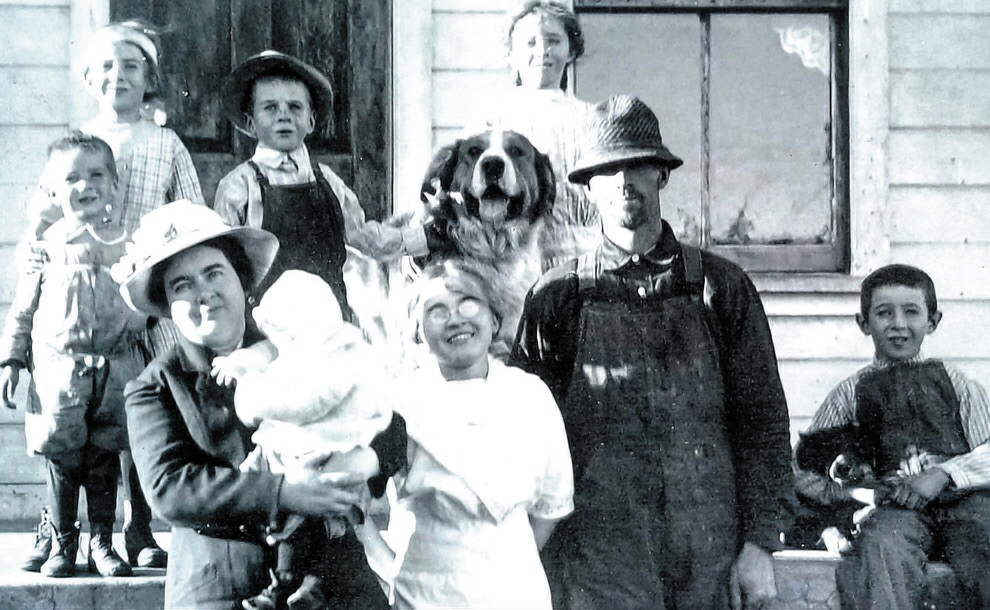 My Grandma and Grandpa Heise’s first home was a chicken coop. Seriously. As a child, this made me picture my grandparents ducking into a small coop-like home with hens sharing the space — but this wasn’t really the case. A new Quonset hut was moved onto my great-grandparents’ farm in North Dakota, likely from government surplus after World War II. The intended home for the farm chickens was turned into a one-room house with a kitchenette for the newlyweds. I think my grandma had fun telling people their first home was a chicken coop.

I thought about this as I sat with my friend Jess on her back deck in full view of her chicken coop, a sturdy structure that could, indeed, be a small home. Her hens were pecking away at the grass and moving about the yard. Jess showed me a beautiful ginger-colored hen nesting on a batch of eggs. This particular hen was showing signs of wanting to nest, but without a rooster in the bunch, there were no fertilized eggs to hatch. So, Jess indulged the hen by ordering fertilized eggs for her to nest on. We peeked in on the mother-to-be as she quietly rested atop her delicate package. I asked Jess how many chicks the hens are about to add to the family and she reminded me that you “shouldn’t count your chickens before they hatch.” Touché.

Many years ago, my husband told me that his family raised chickens in Truckee. I had never known anyone in town with chickens, and when I naively asked how they kept the chickens alive in the winter, he sarcastically said they had a coop, of course. My husband grew up on acreage out in Juniper Hills, and I believed his story to be an anomaly. So, when I met the Kearney family at an Old Timers’ Picnic some time ago, I was fascinated to hear about their family’s chicken ranch in Truckee.

In 1869, David and Bertha Kearney were one of a number of couples who set out to be married at Promontory Summit during the Golden Spike Ceremony, in which the Union Pacific and Central Pacific railroads would officially meet up and form the first transcontinental railroad. In the early 1880s, David and Bertha lived and worked at Lake View, above Donner Lake, where David was the foreman of a crew that took care of the snow sheds, and Bertha cooked and cleaned for the track crew. Eventually, David abandoned Bertha and their three young children. Bertha placed the oldest two in foster care while the youngest, Frank Francis Kearney, stayed with her.

Frank Kearney took odd jobs as a young man, including delivering the mail to the North Shore of Tahoe. He was once held up by robbers while carrying the mail near what is now Squaw Valley. Frank Kearney and Elizabeth Finnigan, a Truckee girl, took the train down to Sacramento, where they were married in August1900. They spent $890 on a stove, bed, and other household furniture, which they brought back to Truckee and set up home. It was this same year the chicken ranch was opened. The young Kearneys built the ranch to the east of town, where the Rock & Rose Nursery on Glenshire Drive sits now.

The Kearneys grew the chicken ranch into a large operation, selling eggs and chickens in Truckee, North Tahoe, and the different mill and ice towns in the area. Frank could be seen riding his bicycle with eggs carefully packed in buckets on each side for delivery. Elizabeth took pride in her operation and upheld a very good reputation. She would candle the eggs early in the morning, viewing each one to ensure there was not a chick in the eggs to be sold. The Kearneys ran the chicken ranch for 50 years before Elizabeth passed away in 1950, and Frank closed the ranch and moved down to Sacramento.

Even now, the local prevalence of poultry may prove surprising — there are still many people in town raising chickens. In fact, Slow Food Lake Tahoe hosted a Chicken Raising Workshop last month. Having chickens in Truckee is not the sensational story I once thought it was; these modern-day chicken ranchers are resurrecting a good chunk of Truckee’s agricultural history. If you would like to meet descendants of the original Kearney Chicken Ranch, join us at the 38th Annual Old Timers’ Picnic on Saturday, July 21. Visit truckeehistory.org for more information.