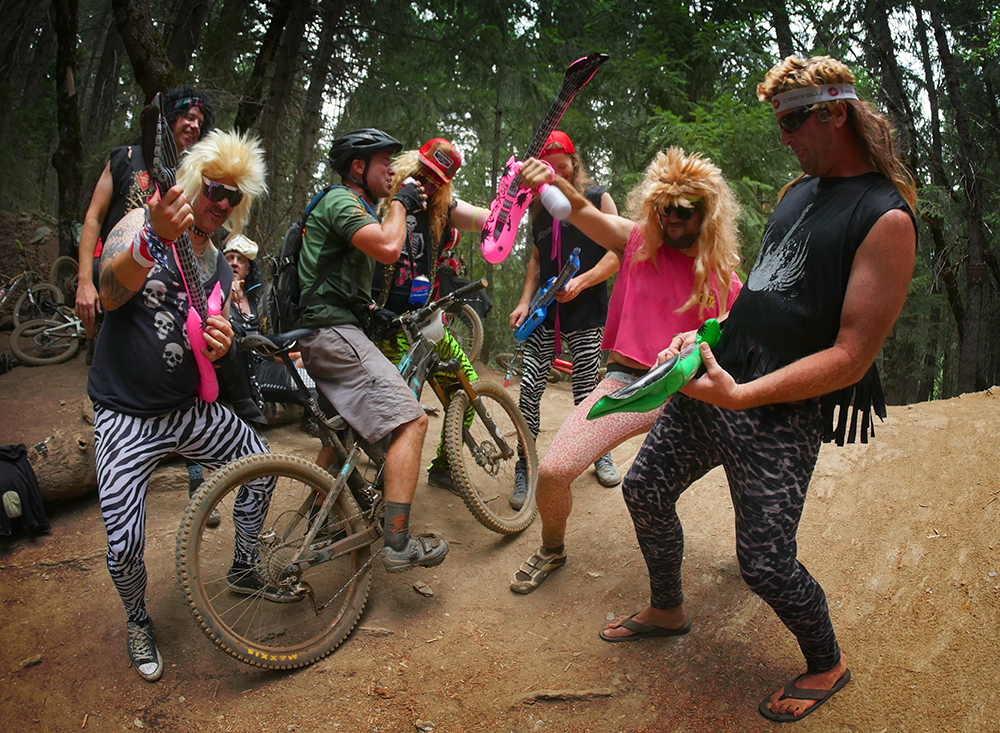 The Downieville Classic Mountain Bike Race and Festival has become a preeminent race for hardcore downhill mountain bikers. The 24-year-old event is near historic, a raucous gem offering bike-themed partying in a historic mountain town backdrop that serves as home base.

The main event comprises two races — a 29-mile cross-country race, and a 15-mile downhill with a 5,000-foot vertical decline. It is also the second race in the Lost Sierra Triple Crown, a three-race series that determines winners based on a points system in which only the fittest and most extremely skilled athletes prevail.

“To me, the Downieville Classic perfectly captures roots mountain biking. It’s gritty, raw; it’s hard,” said Kurt Gensheimer, spokesperson for the Sierra Buttes Trail Stewardship, which hosts the race. “It’s the ultimate test of a mountain biker; no other race is like this.”

Indeed, in 2013, Outside magazine named the Downieville Classic one of the top 10 best bike festivals in the U.S. The exposure has led to a race sell-out for several years with 1,200 participants taking part.

This years’ race is again sold out, but offers so much fun for onlookers in other ways. And, it’s family friendly, with the kids getting on their bikes on as well. There’s the pixie bike race, in which both adults and kids run though a mini obstacle course; adults chug beer at the end, while the kiddos chug a juice box.

Almost as famous as the race itself, Ron’s House of Big Air River Jump has competitors leaping into the river off a ramp. Cosmo’s Wild Island boasts a floating ramp, which the kids use as a mini race track. And the log pull competition tests participants’ speed and strength as they pull a log behind their bikes; fastest time wins.

There’s also a movie night and music throughout the festival, with headliner Lizano bringing its unique sound of reggae and funk fusion to town. For those who would like to be more involved, there are opportunities to volunteer.

The beneficiary organization, Sierra Buttes Trail Stewardship, is a nonprofit that builds and maintains multi-use trails in the Sierra Buttes, Tahoe, Plumas, and Lassen national forests.

“The Stewardship is a family, and we try to extend that to everyone,” Gensheimer said. “It’s a big family throwdown.”

Downieville Classic Mountain Bike Race and Festival
All working days 12:00 am to August 31, 2022