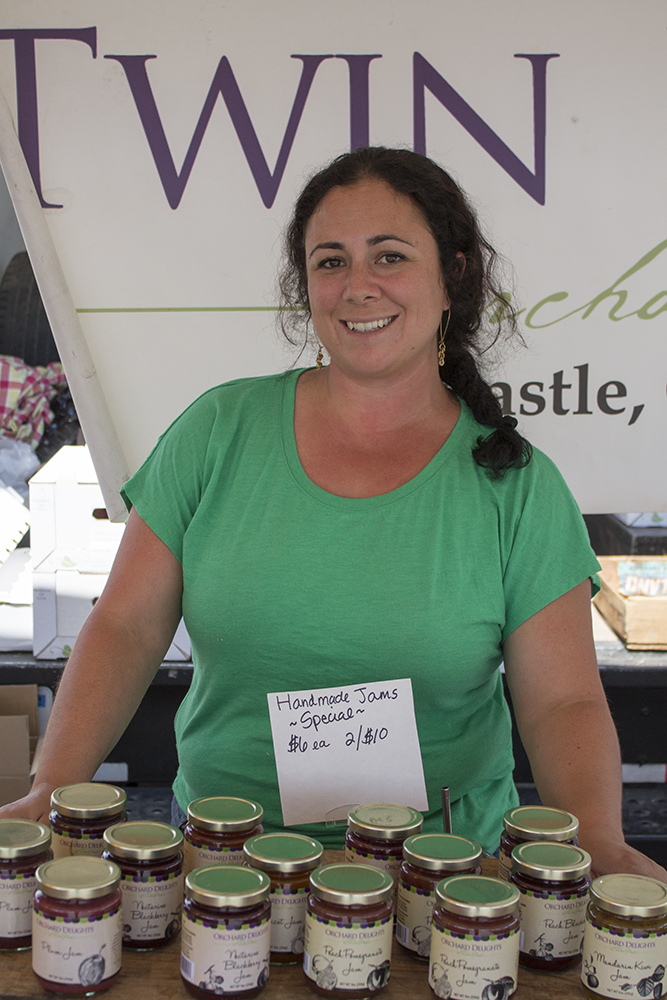 Imagine waking up before sunrise and heading out into a sprawling orchard to harvest from 5:30 a.m. to 4 p.m. This scene is the norm six days a week during the three-month height of the summer picking season at Twin Peaks Orchards in Newcastle, Calif., which grows over 100 varieties of fruit. Family owned and operated since 1912, the Twin Peaks family — a hybrid of Japanese and Mexican heritages — applies generations of knowledge to the business, allowing it to supply the Tahoe/Truckee region with delicious fruits of labor.

Twin Peaks Orchards was built 102 years ago by a Japanese immigrant couple, Yoshichika and Tomeo Nakae. The Nakaes slowly cleared the farmland of scrub brush and oak in order to start growing pears, the most popular crop in the county at that time. The late 1950s brought the insect-caused Pear Decline, which wiped out all of the pears in the area, including those at Twin Peaks. After that, Twin Peaks expanded its fruit tree selection to avoid a similar catastrophe.

“Placer County was known as the fruit basket of the world,” said Camelia Enriquez Miller, a fourth generation farmer and daughter of the farm’s current owners, Raul and Sheila Enriquez. “It’s easier to grow in the Central Valley because the land is flat and you get consistent production, but because of the cool nights and warm days, this area is ideal for growing really rich-flavored fruits.”

When Tomeo passed away in the 1940s, his son Howard took over the operations and continued to develop the crucial aspects of the operation that have brought it success for over a century. One of Howard’s many accolades includes the specialty persimmon variety he developed called amagaki, which required mastery of cross-pollination and a Japanese curing technique that removes all the astringency from the fruit, leaving the persimmon edible but still firm. Decades later, the amagaki persimmons are one of the orchard’s biggest crops.

“Howard was really ahead of his time in terms of marketing and growing techniques,” Miller said of her grandfather, who passed away in 2006. “He started working with UC Davis in the ’70s on Integrated Pest Management, which is now the program that all organic farmers use.”

While Twin Peaks has 6 acres of certified organic crops, the remaining acreage is only spot-treated with chemicals as a last resort.

“We’re using natural methods. [We’re] considering what types of varieties we plant and where we plant them, and [we’re] conserving water,” Miller said. “IPM is farming that just makes sense.”

Some of the biggest challenges Twin Peaks faces today are competing against larger farms and finding avenues to distribute that don’t demand more than the farm can produce.

“I remember going with my dad to deliver fruit in the mid ’80s. He’d take a box of the best peaches he had to a customer at $25 for 20 pounds of fruit,” Miller said. “And now when I’m delivering, the price has hardly gone up. Pricing is definitely a challenge.”

Another challenge has been the organic trend. While organic is important, Miller has seen a shift toward less-strict organic regulations and inspections as larger corporations have started selling organic goods over the past few years. The orchard’s 6-acre plot of organic trees, planted in 2009, incurs serious loss every year, and the expenses and paperwork to become a certified organic farm are monumental for the orchard’s small staff.

“It’s more important to know where your fruit is coming from, what kind of farmer you’re supporting, and how it was picked,” Miller said. “Organic is super important, but 90 percent of our customers are more concerned with knowing who we are and that we’re local and a family.”

Amid exhausting workdays and industry challenges, the end result keeps on sweetening the pot for the Twin Peaks family.

“It’s one of the biggest gambles of all, you don’t know what Mother Nature is going to hand to you,” said Carol Iwasaki, Howard’s daughter. “Seeing the most beautiful fruit hanging on the tree…those are the moments that you say ‘Oh my gosh, this is why we’re here.’”

~ Have you enjoyed local fruits this summer? Let us know below.