Home Sections Opinion Would a Buck-Fifty of Words Get You to a 9 a.m. Public... 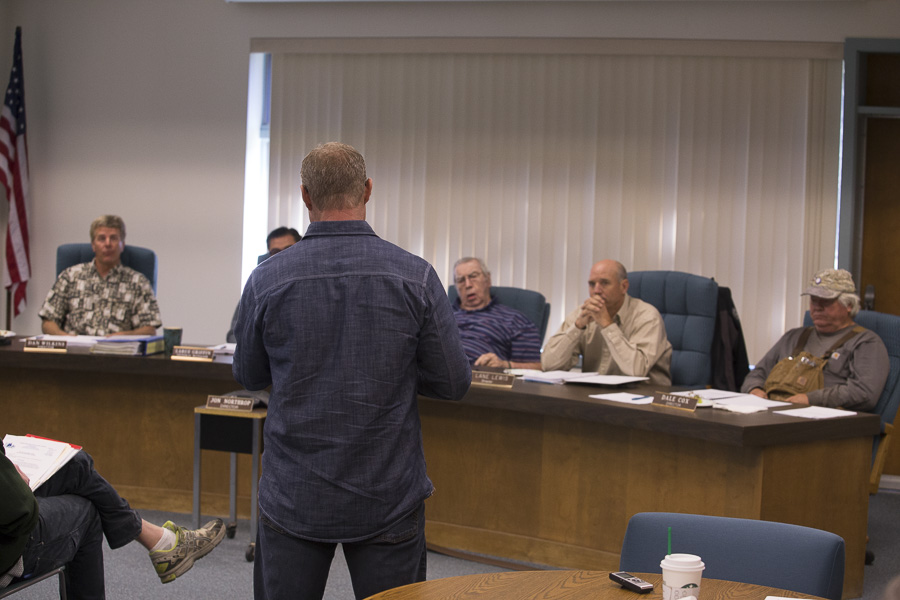 The air was palpably tense as the conversation yo-yoed back and forth, seemingly going nowhere. Employees at Tahoe-Truckee Sanitation Agency were saying they had unionized, yet board directors said another vote was warranted. The discussion carried on in the same vein, to and fro, for easily 45 minutes. Finally, a voice piped up in the back of the room:

“I have one thing to say. I’ve listened to your [the board’s] wishes, but your wishes differ from the California law … I get that everyone wasn’t included, but the labor law threshold has been met.”

And with that, the conversation stopped.

I caught up with the commenter outside the boardroom and asked what brought him to the meeting, and to see if he was a labor law expert. He said no, he was just a concerned citizen. He had read a write-up in Moonshine Ink about the TTSA employees’ efforts to unionize and wanted to check in on the progress, as he felt it was important to engage in the public process.

I was floored. The piece he was talking about was all of 130 words long in our News Briefs, a section that I sometimes wonder if people actually read, because though we take it seriously and do our best to make it readable, it can be dense. Less than a buck-fifty of words got this guy to take time out of his day (at 9 a.m.!!) to attend a public agency board meeting. On top of that, two other people standing outside piped up and said that that brief had brought them there too, and one public commenter in the meeting referenced the same piece.

Hells yes, this is why we do Moonshine Ink — to foster informed citizens who hopefully will participate in the wonderful experiment that is democracy. Keep it up, people, and read to your heart’s content about this unionization effort here.

Would a Buck-Fifty of Words Get You to a 9 a.m. Public Meeting?
Music

Would a Buck-Fifty of Words Get You to a 9 a.m. Public Meeting?
Sports & Outdoors / Wellness
All Day

Would a Buck-Fifty of Words Get You to a 9 a.m. Public Meeting?
Business