Home Columns My Shot I Will Not Sit Idly By 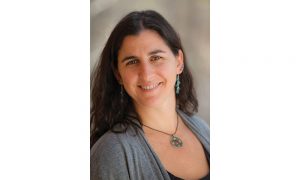 Like most of this country, I am reeling from the mass shooting at Robb Elementary School in Ulvade, Texas, that left 19 innocent school children and two teachers dead. I am also reeling from the leaked Supreme Court draft ruling overturning Roe v. Wade. These two events have left me feeling extremely angry, sad, and confused. When a country wants to take away a woman’s right to control her own body yet refuses to take measures to protect its own children, what kind of society are we?

For my entire life, I have known the right to a safe abortion as law. Now, the Supreme Court may move women backward half a century despite the fact that the majority of Americans support the right to abortion. A Pew Research Center poll found that 61% of Americans say abortion should be legal or mostly legal. Why do we want to be in the same league as less developed countries like Iraq, Mauritania, Honduras, and Nicaragua, which have banned abortion? Even Ireland, a deeply Catholic country, repealed its ban in 2018.

The repeal of Roe v. Wade would essentially reduce women to no more than their reproductive organs. If this opinion were to pass, the U.S. government would be telling women essentially that their lives do not matter, that their hopes and dreams and goals are irrelevant, that their value in this world is only as a vessel for delivering children. Women have more worth than simply having their wombs.

Let me tell you about three women I know who have had abortions. One was married with two kids and found out she was pregnant during the 2009 Great Recession, and her family could not afford another child; another woman found out her unborn baby, whom she very much wanted, had severe deformities and would not survive outside the womb; another got pregnant when she was a 19-year-old college student with big career aspirations, and a baby would have completely derailed her life plans. Who has the right to tell these women that what they did is wrong?

And yet, the same people who tell women they should not have control over their reproductive lives are also telling the country that children massacred in their school room are a small price to pay for the right to bear arms, that senior citizens getting shot up while perusing apples in the produce aisle is justifiable as long as Americans can keep their 400 million firearms (that is more guns than citizens), including 20 million assault rifles, weapons of war that have no business in private hands. And don’t feed me that line that gun violence in America is really about mental health. Every country in the world deals with mental health problems, and yet none see the level of mass shootings that America does. The U.S. has had more mass shootings than any other country in the world; since 2009, there have been 274 mass shootings in America. And yet we do nothing.

Canada, Australia, and the U.K. all took sensible, decisive actions after mass shootings, like banning assault weapons, requiring background checks and a waiting period to buy guns, and instituting a gun amnesty program. These countries have seen little to no mass shootings since.

I refuse to sit back and accept that our country is willing to sacrifice its children to the altar of the Second Amendment and its women to a culture war that is designed to control them. I refuse to accept that it’s okay for my children to go to school in fear and have to endure traumatic active shooting drills so people can keep their precious guns. I have very little power at this moment, but I do have the power to write and to vote and to donate. Please join me.

~ Melissa Siig is the mother of a middle schooler and two high school students. A former Moonshine Ink editor and reporter, she is now a frequent contributor.

I Will Not Sit Idly By
Education