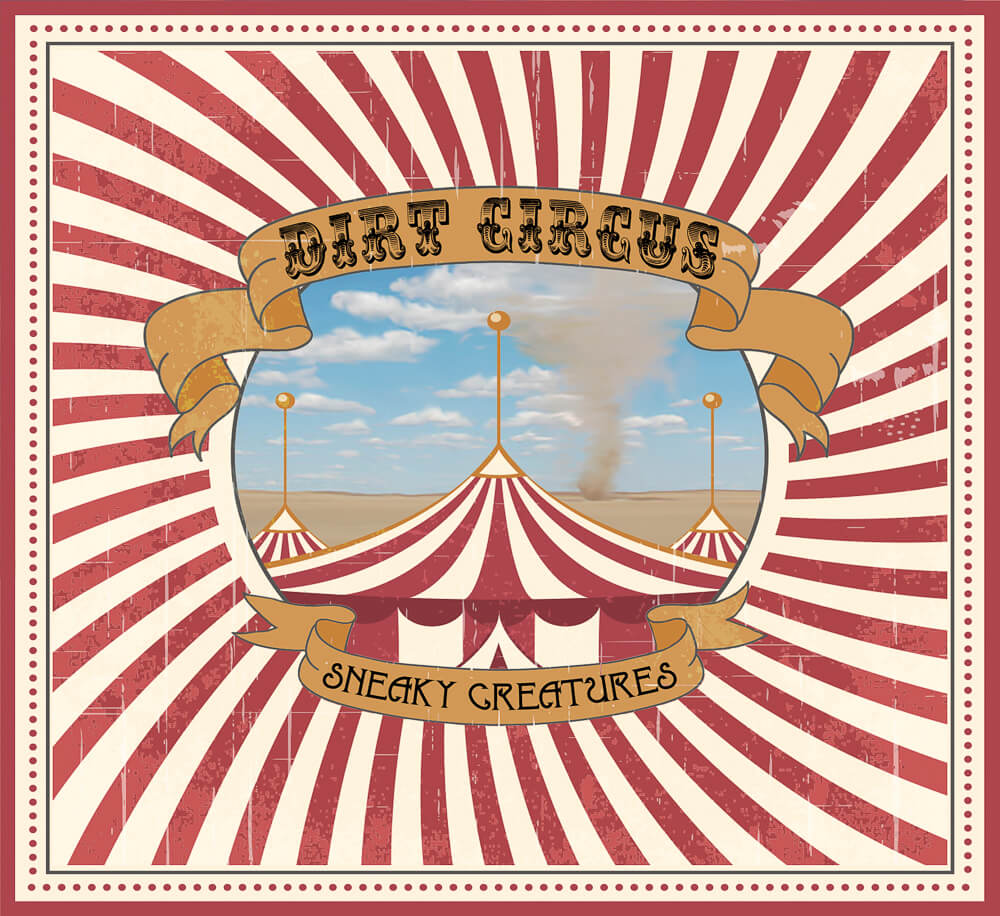 Sneaky Creatures, the self-titled intro track of Tahoe Vista-based Sneaky Creature’s new album, Dirt Circus, has a Latin feel oozing from the warm brass section and the tantalizing minor key. It reminds me of an upbeat pirate song, making me want to dance around linking arms in circles drinking rum until the centrical force of spinning around tears us apart.

Caravan has a more bluesy-jammy feel with hints of jazz. The simple, yet catchy, rap style lyrics that everyone can relate to (the essence of blues) reminds me of a G-Love and Special Sauce.

Crack O’ Noon Club is easy listening to the max. Rap style on top of a smooth bluesy continuo make for one of those songs where you are literally laughing out loud because, thanks to the lyrics, you find yourself saying, “I feel ya … yup! Totally been there,” and “You see, waking up early can be a chore when you partied real hard the night before / So if you want to get together and you want to have a date, let’s meet around noon, but I’ll probably be late.”

The solid walking bass line of Painted People ties this song together with its ska-like feel. The lyrics are so descriptive. They really paint a whole picture of a festival type vibe or circus troop in a caravan with musicians, dancers, artists, and painted people. The chorus shows it all, “Painted people just a little bit sneakier, freakier, creepier, sneaky than you.”

The accordion and xylophone combo of Dirt Circus with the muted trumpet make for a circus feel and the megaphone effect on the vocals tops it all off.

The honkey-tonk piano of Raggamuffin starts this song out right. A Charlie Chaplin reference brings me straight back to the 1930s, with prohibition style, carefree, self-proclaimed bums living the “high” life. It also reminds me of the Tahoe Lifestyle. “Raggamuffin how do you drink wine and dine so fine /  Raggamuffin how do you have that pretty girl on your arm.”

Johnny Cash is reborn in a different voice with Pearl Snap Girl and its distinctly outlaw country feel.

Desert Island Girl makes me want to travel to the exact place described. Hammocks, sushi, and ale that’s good hot or cold, and a map of the world.

Self proclaimed as “Mountain music for mountain folk,” Coburn Station — made up of Conor McAlindin, Daniel McAlister, and Thomas Page — is a Truckee-based eclectic combination of classic rock, blues, and jam band.

While a few songs like She Ain’t Here and Streetlight have keys and chord progressions that resemble the rugged rock of the discovery channel series’ Deadliest Catch theme song Wanted Dead or Alive by Bon Jovi, other tracks like Coming Home have a softer side, creating a mesh between Billy Joel’s Piano Man and Jack Johnson’s Brushfire Fairy Tales.

As far as the jam band songs on the album go, I compare them to The String Cheese Incident, one of the most prominent and influential jam bands out there besides Phish.

The versatility of Coburn Station is a refreshing trait. Every band should have multiple personalities to tap into, exploring endless facets of emotions. Music is just a microcosm of life. How boring would it be if everything was the same?

Keep us in the loop with your Tahoe music shenanigans by emailing culture@moonshineink.com.

Coming Home to a Dirt Circus
Community
12:00 am

Coming Home to a Dirt Circus