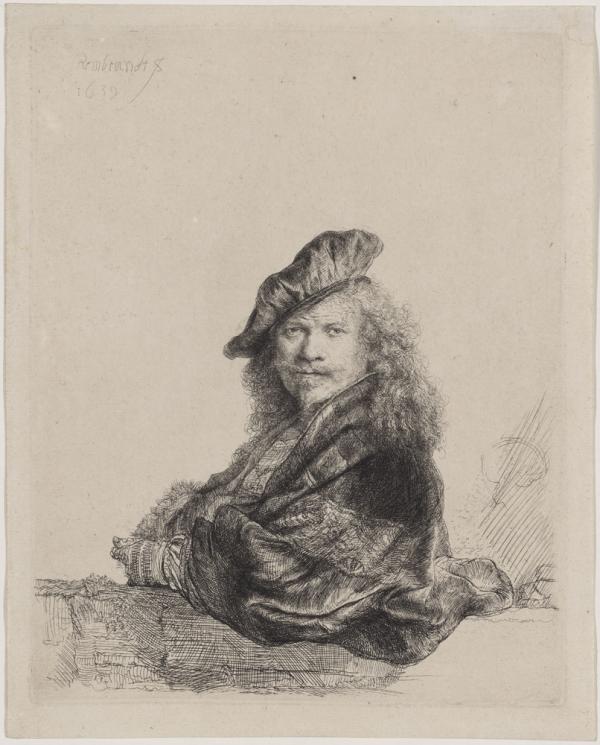 I think I first became an art museum junkie while living in Spain for a summer some seven years ago. Madrid’s Museo Reina Sofía put me eye to eye with a larger-than-life Rauschenberg and Picasso’s famous ‘Guernica,’ and I’ve been hooked ever since. The stillness of the experience, the ability to take in so much history and beauty, plus the stunning architecture in which it’s all housed — I’m in love with the whole package.

Lucky for me, the Nevada Museum of Art (NMA) is but an hour’s drive away in Reno. And lucky for us all, some big names in European art history are stopping by this winter.

‘Rembrandt: The Embrace of Darkness and Light’ — which closes on January 17, so hurry over to see it — showcases the etchings that catapulted the 17th century Dutch artist to fame. The exhibit includes ‘Adam and Eve’ (1638), in which he strays from the idealized versions of the couple and instead depicts them as ordinary and ugly; ‘The Woman with the Arrow (Venus and Cupid)’ (1661), in which he depicts a nude model (look close to see a student peeking out behind her left arm); and ‘Self-Portrait Leaning on a Stone Sill’ (1639), in which the artist turns his eye upon himself.

The exhibit also showcases a recreation of Rembrandt’s studio. This ‘cabinet of curiosities,’ as they call it, includes marble busts, natural history specimens, printmaking supplies and tools, and period-inspired furniture and clothing. It’s impressive, especially when you remember the gallery space just few months ago: bursting with the larger-than-life contemporary portraiture of Chuck Close, or almost electric with the pop of the Warhol show three years ago. I’ve always been particularly fascinated with this transformation of one exhibit to the next — so much, in fact, that I volunteered with the museum’s installation department this past November. You can see my handiwork at the ‘Monsters & Maidens: Amphora Pottery of the Art Nouveau Era’ exhibit, showing through April 11, for which I spackled and painted the walls to be the muted moss green they are now.

And, as if the über-famous Rembrandt wasn’t enough, Raphael’s ‘The Woman with the Veil’ is showing through March 21. ‘Reno Gets the Girl’ is the advertising slogan, and the museum can be rightly proud. Raphael is an icon in the Italian Renaissance fine art movement, and the NMA is one of only three stops the oil painting is making before it returns to Pitti Palace in Florence, Italy. ‘The Woman with the Veil’ is a great example of sfumato, the painting technique that avoids harsh lines, giving subjects an almost ethereal quality. Raphael completed the painting in 1516, four years before his death at age 37, and it’s rumored that its subject, Margherita Luti, was his lover. She looks a little young for him to me, but times have changed!

The NMA offers programming and events all month long to coincide with the painting’s visit. ‘Fashion and Fabric of Renaissance Italy’ on January 15 looks at the textiles of 16th century Italy and those worn by Luti in the painting; ‘Dinner with the Girl’ on January 28 cooks up an intimate three-course meal inspired by Raphael’s hometown; and the free handsON! family program on January 31 explores contour portraits. Plus, you can see the girl for free on Thursday, February 25 on ArteITALIA Day. Visit the NMA’s website for more info.

~ Keep up with Lis and her coverage of the arts at blanksmith.com

Big Names in the Biggest Little City: Rembrandt and Raphael at the Nevada Museum of Art
Community / Education / Sports & Outdoors

Big Names in the Biggest Little City: Rembrandt and Raphael at the Nevada Museum of Art
Sports & Outdoors
12:00 am

Big Names in the Biggest Little City: Rembrandt and Raphael at the Nevada Museum of Art