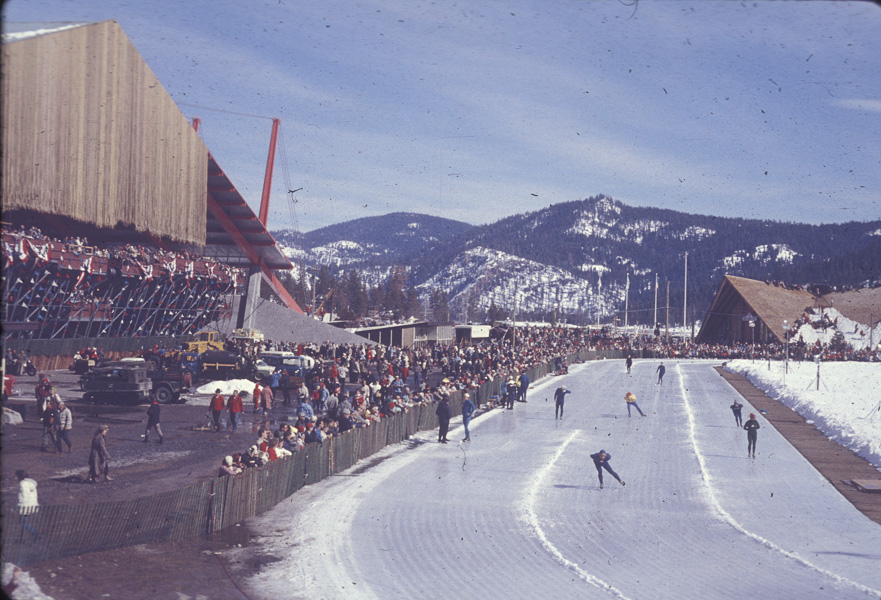 Back in September my mom, Nancy Blakney Gravina, was sorting through her late father’s slide collection and came across 50 or so photographs where the landscape looked oddly familiar. Upon further scrutiny of the tiny slides she realized they were photographs her father, John Blakney, had taken at the 1960 Squaw Valley Olympics. A few years later he relocated his family to the East Coast, so you can imagine my mom’s surprise to find these hidden treasures —  photos her father had taken from the area her daughter now calls home.
My grandfather fell in love with skiing while completing his engineering degree at the University of Colorado in the 1950s. He shared this love of skiing with his children, starting each of them at age 5 at Holiday Mountain in Monticello, New York and his love of the mountains and the sport has been transferred to the next generation with his eight grandchildren. He was regularly skiing black diamond runs until his death from kidney cancer at the age of 69. ~ Ally Gravina, granddaughter of John Blakney and Moonshine Ink culture editor