Home Columns You Asked. They Answered. Why Have Truckee River Water Levels Been so Low that Rafting Companies...

Readers want to know why Tahoe is full, yet such a low flow has been released to the Truckee River recently. How are the release amounts decided and when will the Truckee be full enough for rafting companies to open?

In big years we fill the lake, and now we’re basically full. When we have enough water to fill Tahoe, we’re required to fill Tahoe. It’s our biggest storage reservoir on the system and our main water supply. Early on you might have noticed that the release [of water from Lake Tahoe into the Truckee River] was pretty high and that’s because we had more volume up there in the snow pack than we had space for in the reservoir, so we had to manage the release in such a way to control the level and prevent it from exceeding what we call the legal limit. In order to do that we had to actually spill a lot of water for a pretty good period of time.

We started spilling water out of the lake in February this year, and we continued spill releases all the way up until a couple of weeks ago. We had way too much water up there and not enough space in the lake. We were releasing close to 2,000 CFS (cubic feet/second) into the Truckee at one point early on in the year, and then we’ve slowly tapered that as the runoff began to taper down. By July 1, we were releasing roughly 215 CFS, because the inflow was dropping off and we were still trying to fill the lake. We were trying to release enough to prevent it from overfilling, but also capture enough inflow to fill the lake; by July 10, we had cut the release to the required minimum of 70 CFS. Inflow and losses from evaporation had reached a point where they were controlling the lake and so we didn’t need to make extra releases or level-control releases to prevent it from exceeding its upper legal limit.

We started making releases to meet our demand yesterday. We went up to 100 CFS July 24, and July 25 we went up to 150 CFS, so we’re gradually starting to make higher releases which will help the rafters because we have a demand for that water. We were down to the minimum because we didn’t have a demand for any water to meet our targets downstream. Seventy CFS isn’t enough water for the rafting companies to operate. If we don’t have a demand, we can’t release water; we can’t waste water. [Editor’s Note: The demand is comprised of municipal, industrial, and agricultural water rights; recreational pursuits such as rafting are not a part of that].

In the last couple of days, the natural flow in the river is dropping off to the point where we’re starting to supplement that flow with stored water. If all things go as we’re expecting, we potentially will go up another 50 tomorrow, so we might be at a flow where the rafting companies can operate by as early as tomorrow. It’s all dictated by our demands and the natural flow. We have a certain demand every day and we call that the Floriston rate. In the summertime, that’s 500 CFS, measured in the river down at the California/Nevada state line at a gauge in the river. We call it the Farad gauge; that’s where we measure our target flow. We’re starting to release a little more each day to meet that demand as natural flow drops. If everything goes as it has been the last couple of days, we could be up to about 200 if the river does what we think it’s gonna do. You can’t control it.

Tahoe is a little unique because it’s so big, with such a huge surface area and a lot of water, so if we had a really dry year and we came into the winter with low water levels, we could have a pretty big year and still not fill the lake. This year, we came in fairly high, we were just in a good spot because 2017 was a really big year and 2018 was about an average year. We came into the season with adequate storage but then we had a big water year so that forced us to spill a lot of water and we were easily able to fill. It’s not record levels by any means, it’s just what happens when we have a wet year.

This was the third year in a row that we filled Tahoe, and we haven’t seen that since ‘98, ‘99, and 2000. So it’s not a record but it’s been 20 years since we’ve seen that. And the big difference between this year and last year is that last year we filled early. It wasn’t necessarily a really wet year but when you have a lower snow pack, runoff melts out earlier. We needed water from storage earlier and it wasn’t such an impact on those recreators like rafting companies. By the time they were really geared up and ready to go in the heat of the summer, we were already releasing quite a bit of water and it was a great rafting year. This year is different because we filled so late and we don’t need water until now and here we are nearing the end of July. Basically, we’re about a month into their season and they really haven’t had much, if any, rafting.

The way we release water is spelled out clearly in our operating rules, part of our federal decree. We have to meet certain demands, but if we don’t need the water, we can’t just release it for recreational need unless they had a water right. They’re enjoying the benefits of the flows that occur, but they can’t really say “hey, release 200 because we want to go rafting!” We are in contact with those companies every day, and they understand how the system works and that these types of years it’s tough because we have to wait until the natural flow gets down to where we need the water. 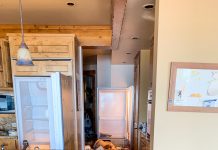 After the Bear Break-In 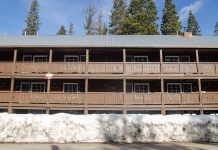 Ski Resorts, Where Do Your Employees Live? 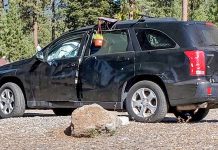 Rising Homelessness and the Effects of Roe v. Wade Overturn

Why Have Truckee River Water Levels Been so Low that Rafting Companies Aren’t Running Yet Lake Tahoe is at Capacity?
Business
8:15 am / 9:15 am

Why Have Truckee River Water Levels Been so Low that Rafting Companies Aren’t Running Yet Lake Tahoe is at Capacity?
Sports & Outdoors / Wellness
5:00 pm

Why Have Truckee River Water Levels Been so Low that Rafting Companies Aren’t Running Yet Lake Tahoe is at Capacity?
Sports & Outdoors
12:00 am

Why Have Truckee River Water Levels Been so Low that Rafting Companies Aren’t Running Yet Lake Tahoe is at Capacity?
Arts & Culture