In mid-February, the spirit of St. Valentine’s Day inundates our social landscape, turning our attention to matters of the heart. This is the province of Venus, the planet of love, bonding, and beauty. On Feb. 10, however, Venus is challenged by a conjunction to Chiron in the second degree of Aries. Chiron is an asteroid and carries the archetype of the “wounded healer.” It exposes our deepest pains, but also shows us how to learn from these injuries. In the fire sign of Aries, Venus conjunct Chiron may feel like a case of emotional heartburn. This combination reveals how we have sacrificed our self-identity to be accepted by others. True love, of course, can only be found when we are unapologetically authentic and honest about our needs. Meanwhile, Mercury (in charge of mind and communication) approaches Neptune before stationing retrograde in Pisces on Feb. 17, confounding our ability to communicate. While rational explanations remain out of reach, tapping into our inner poet during this time allows a different way to express our feelings. Later on, a romantic surprise may be in store for us when Venus conjuncts Uranus in early March!

In the last two installments, we established our bearings on two circumpolar asterisms — the Big Dipper, part of the Ursa Major (big bear) constellation, and the “W” pattern within the constellation Cassiopeia. Now we will use these two stellar formations to find the central star of the northern sky: Polaris, aka the North Star. First, locate the outer two stars of the bowl of the Big Dipper, draw a line between them and extend it outward. Next, locate the center peak of the “W” in Cassiopeia and follow that line. Polaris lies approximately where these two lines intersect. Polaris is the tip of the handle of the Little Dipper asterism, which in turn is part of the constellation Ursa Minor (little bear). As we discussed, the Big Dipper and Cassiopeia rotate around the North Star each day, but the North Star itself stays in a relatively fixed position, located above the Earth’s North Pole and axis point. Because these stars are always visible to us at this latitude, they can act as a guide to show us our direction as well as a way to estimate the time. By observing the relative positions of the Big Dipper and Cassiopeia throughout the night, we can learn to read their movements like the hands of a clock. 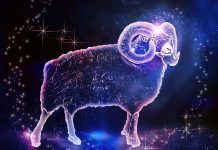 A Time of Completion

Riverfront Park? Yes, But What Else?