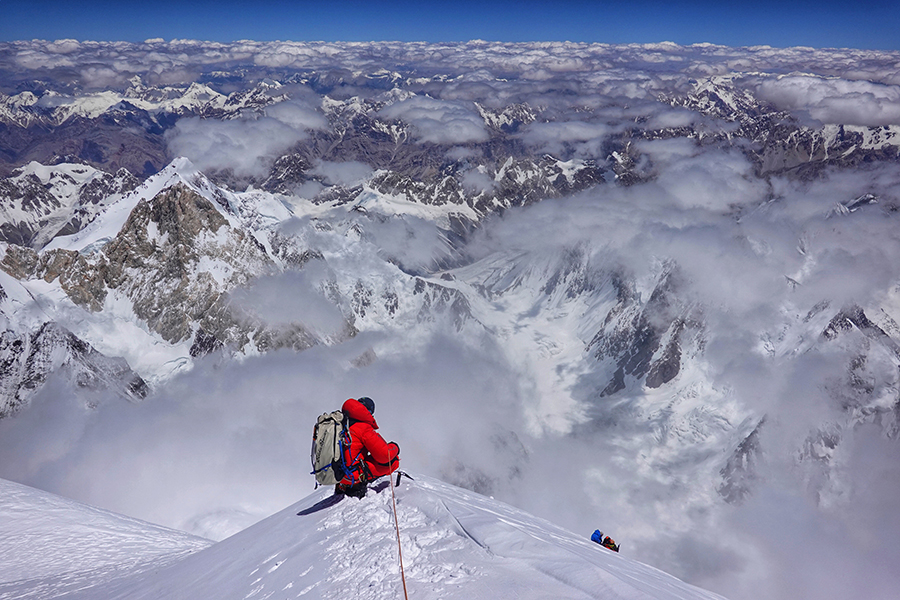 Meet the legends throughout the snowy season as the Alpenglow Winter Speaker Series returns for its 14th year. As in the past, this year’s roster of presenters includes some of the biggest names in the world of adventure sports.

Presented by Peak Design, the series kicked off in November with appearances by renowned climber Dave Nettle and ski legend Jim Morrison. That means you still have three opportunities to hear some of the world’s top athletes regale stories of their adventures with names on the list this year to include Kit DesLauriers, Adrian Ballinger, and Hadley Hammer.

“We pair five of the biggest names in the ski and climb space with five local nonprofits … and then raise a nice chunk of change for them through an awesome raffle plus bar and pizza proceeds,” Alpenglow Sports owner Brendan Madigan told Moonshine Ink.

To date, the Winter Speaker Series has raised more than $300,000, with each show bringing in $25,000 to $40,000. Proceeds from this year’s series will benefit Adventure Risk Challenge, Achieve Tahoe, Sierra Community House, Truckee Donner Land Trust, and Tahoe Fund.

“In addition to this amount, our anonymous philanthropic group, the Donor Party, has pledged over $200,000 for the 19/20 series in an initiative we call ‘quiet karma,’” Madigan noted. “That means that each nonprofit will walk with over $40,000 per show. It’s such a feel-good win-win for our community, and they are some of my favorite nights of the year.”

All shows are free and designed to motivate, educate, and inspire, he said. The three remaining sessions for this season’s series feature Kit DesLauriers, the first person to ski the highest peak on every continent, on Jan. 2; climbing legend Adrian Ballinger, featured in Academy Award-winning documentary Free Solo, Jan. 23; and late-blooming skier Hadley Hammer, who didn’t enter her first big mountain competition until age 25, Feb. 20. Each session starts at 7 p.m. at Squaw Valley’s Olympic Village Lodge.

“We believe in the power of adventure storytelling and its ability to unite the community for the greater good,” Madigan said. “While the WSS has always been about inspiring mountain athletes to chase their own adventures, it is also designed to educate the audience about some key nonprofit organizations making a real difference in the North Lake Tahoe and Truckee communities.”