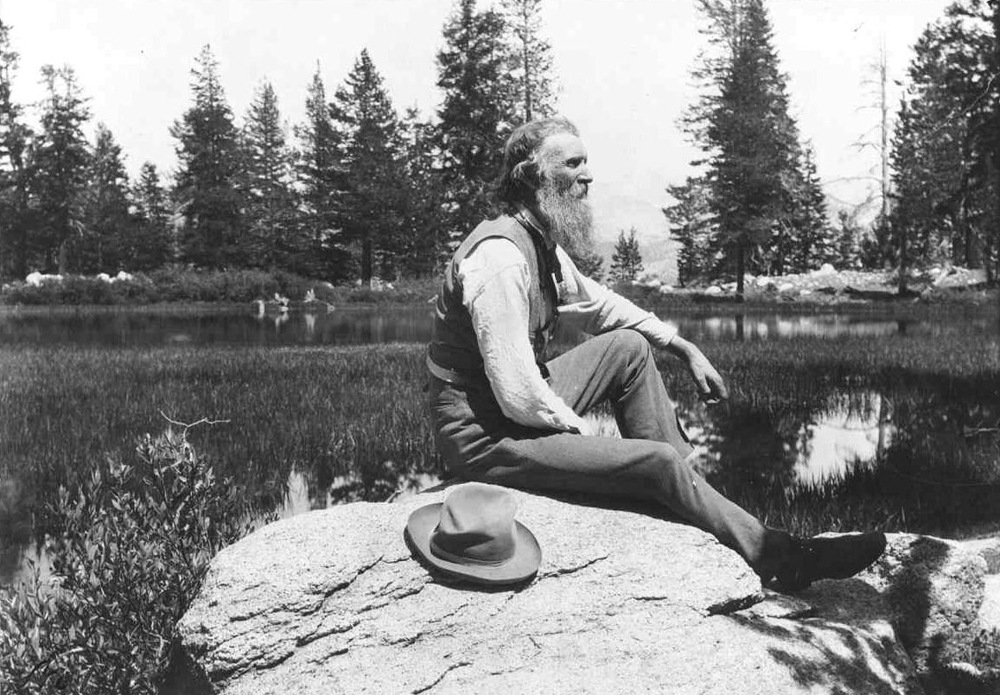 When John Muir visited Lake Tahoe in 1888 and saw the devastating effects of the loosely regulated timber business, he felt deep-seated sadness, and grieved for the loss of the old growth forests. By 1897 Muir was crusading to make Tahoe a national park. He knew it would be a gritty and uphill battle.

Scott Lankford, a professor at Foothill College in Silicon Valley, delves into the argument behind the effort to turn Lake Tahoe into a National Park in his 2010 book Tahoe Beneath the Surface. He describes how in order to achieve his goal, Muir formed unlikely alliances behind closed doors with powerful businessmen.

The main targets Muir needed on his side were Elias Jackson “Lucky” Baldwin, owner of the Pacific Stock Exchange and the newly opened Tallac House on the South Shore, and Edward Harriman, the powerful and rich owner of Southern Pacific Railroad. Muir convinced both of these men that if Tahoe were to become a National Park, tourism would increase, benefitting both of their businesses. After some persuasion, the two men agreed.

A bill for a Tahoe National Park was introduced to Congress in 1900 outlining the preservation of the entire Tahoe Basin as well as the western slope of the Sierra Nevada Gold Country. But Muir’s army of business moguls crumbled as the bill got to Congress. In backroom deals, Muir had facilitated large land-swap transactions in which timber barons were to sell their ravaged land in exchange for large payouts from the government, because in his eyes this was the only way to achieve the National Park. People became suspicious and raised allegations of foul play. Once in the public eye for corruption, Baldwin and Harriman got cold feet, worrying about the heavy federal control that would come along with the designation. The bill stalled and never came to a vote.

In 1912, 1913, and 1918, murmurs of a proposed National Park in Tahoe were again discussed, but according to Mary Hill in Geology of the Sierra Nevada published in 2006, they were quickly shot down in congressional sessions by commercial and agricultural interests. At this time many people thought that, because of its sheer size, Lake Tahoe would never become overpopulated or be over-enjoyed.

Muir never gave up hope. Because of his failed efforts, acceptance for preserving National Forest Land and Wilderness Areas grew among law makers. This new model for forest conservation was feasible for Tahoe, and would be applied to America’s public forests nationwide. According to Lankford, toward the end of his life, Muir said, “Tahoe remains a ‘natural park’ even though it never became a National Park.”

For a more detailed history of Muir’s efforts regarding Lake Tahoe, as well as other stories, read Tahoe Beneath the Surface by Scott Lankford.

Why Lake Tahoe Never Became a National Park
Family
12:00 am