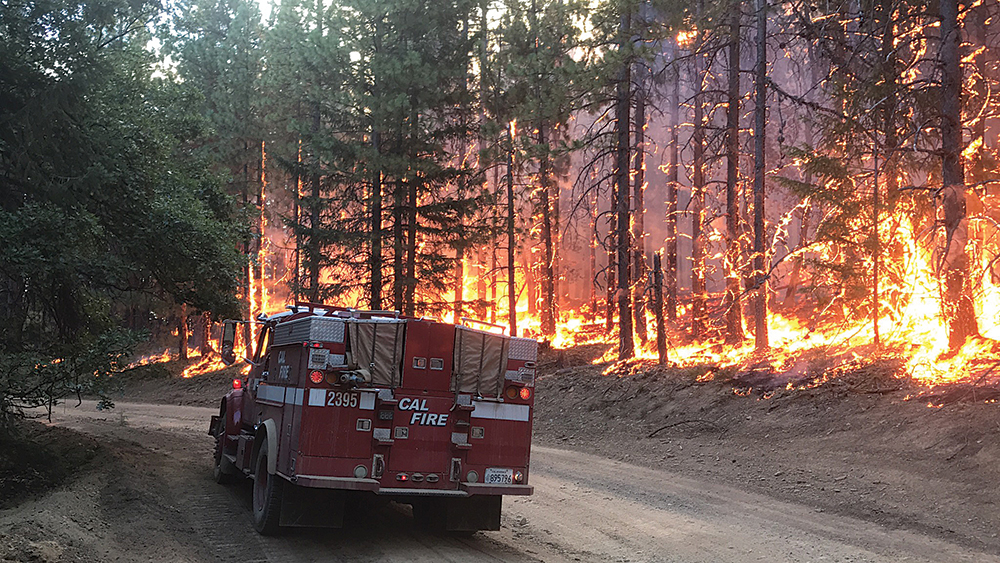 In November 2018, while away to fight several wildfires including the Camp Fire, Truckee resident and Cal Fire Chief Bryan Farrell received a call from his daughter. Looking out her window at Coldstream Canyon through the smoky veil that enveloped everything, she questioned her father about what would be left if a similar fire struck our community. Farrell didn’t know what to say.

When the deadliest and most destructive fire in California’s history struck Butte County in 2018, 149,000-plus acres in the Golden State burned. In total, 8,527 fires erupted in California, claiming over 1.8 million acres in 2018. As a wildland firefighter, Farrell has found himself deployed for increasingly long periods of time. He says the effects of this are felt at home by his wife and children, ages 4 and 10.

Over his 28-year career, climate and fire mitigation has changed. There is no longer any space in California where a “let it burn” policy is feasible, which allows the crucial part of a natural fire cycle that clears the forest floor of brush and organic debris on its own. This contributes to more available brush to burn when fires do start, causing them to spread faster.

Farrell and others are also finding themselves increasingly focused on human rescue, rather than putting out fires.

“With the creep of the [human] populace into the wildlands … we’re running in to rescue first, and fire suppression second,” he says. “You’re taking the same personnel that would be able to put water on the fire and now … they’re treating burn injuries.” Farrell worries.

In conjunction, more wildland firefighters are also exposed to structure fires, he says, where flame retardants, household chemicals, and building materials release dangerous chemicals that wildland firefighting gear is not designed to filter out.

Dr. Louise Tolzmann, from San Fransisco’s Naturopathic Academy of Environmental Medicine, reported that “ingesting a tablespoon of ash from pressure-treated lumber is fatal to an adult.” Studies have also shown that firefighters who inhale smoke, particulate, and chemicals have higher risks of cancer, in some instances 100 percent greater.

While wildfire season and occasional drought are normal in an ecosystem, Farrell has seen a huge change throughout his career in the characteristics of the fires he manages, the length of the droughts, and the rising temperatures.

“We used to have pretty much defined fire seasons, June to October. That is no longer the case,” he says. “I have seen a dramatic increase in the number and significance of the wildland fires we’re responding to. I have no way to justify the increase in activity, severity, and intensity of what I’ve seen over the last 28-plus years.”

Although he has “never had a bad day of work,” Farrell does think a lot about the impacts of the fires he fights.

“I constantly have to be faced with this dynamic of [seeing] the destruction of our natural resources. It always leads me to think of ‘what will my children see?’” he says. “The impact and long-term damage is forever present, because you see in an instant the change in short-range history, which in turn will affect long-range history … I’ve seen beautiful creeks filled with trout that are two days later filled with soot and burning debris.”

But, with snow on the ground, forming mountainous piles on dreamy white slopes amounting to a skier’s fantasy, it’s hard to think about summer. 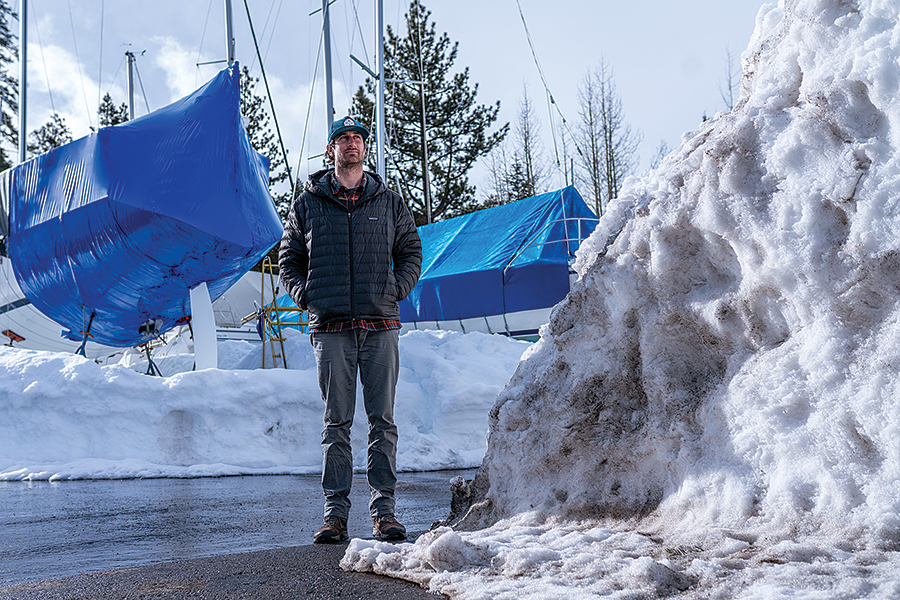 Not so for Obexer’s Boat Company Manager Darren Kramer, who has witnessed some of the lowest and highest lake levels recorded in the past hundred years drastically affect business.

While fluctuations between drought and heavy snow years are somewhat normal, Kramer looks to the record books at long-term trends, and says it is the extreme fluctuations in weather lately that don’t make historical sense.

It all starts in winter for the company, when moisture levels determine what will happen to the lake level in summer — a time period when Kramer says he has to make “12 months of revenue in five months.”

A carefully planned boat ramp allows for lake access even in low water years, but the company’s slip customers with bigger boats cannot get in or out of the harbor. In the four years following the high of 2010, the water level dropped drastically due to drought.

In 2014, the water was so low that it became “our year to dredge,” Kramer remembers. Obexer’s revived a hydraulic trailer that had sat dormant since the mid-’90s, when the lake was the lowest it had been on record. They used it to load boats on and off the ramp but still needed to dredge the harbor entrance for slip customers.

“[Planning it was] incredibly stressful. I can’t close off a harbor for two weeks or more to dredge and then let everything settle,” he remembers. “I had a lot of sleepless nights during that time. [Think about] telling a customer who pays a premium for a slip that you’re not going to be able to get your boat in and out of the harbor during this time.”

In normal years, the high water point on the lake is at 6,229 feet in elevation, and the low point is 6,223. In spring of 2014, the water sat at 6,221 feet, below its typical lowest point. Obexer’s was permitted to dredge the harbor entrance to enough depth for boats to clear the shallow shelf and make it out to deeper waters.

That year, other marinas’ water was not deep enough to launch boats. Lake Forest, Meeks Bay, Kings Beach, and Tahoe Vista’s boat ramps were unusable. By fall, Cave Rock and Obexer’s were the only two marinas still suitable for launching boats.

Now, sitting in his office in February 2019, surrounded by towering berms and seemingly never-ending snow falling outside, he’s worried about the opposite.

“Right now, today, we’re going, ‘when are they going to start letting more water out?’ We’re about a foot from the high point. We have way more than a foot of runoff. If we get a big rain event, which can happen in winter, we’re very concerned.” he says.

When the lake level is especially high, east wind events causing big waves can severely damage the dock. For Kramer, worry comes from the extremes. In the fall of 2016, the lake level went from the lowest it had been in a long time, to the peak, by winter 2017.

“My understanding is that big of a fluctuation in one season has never happened,” he says. “I’m a believer that climate change very much does exist. But I also recognize that just because you have a very big or cold winter, or cold spells, doesn’t mean it’s over. I believe there’s going to be more extremes. It’s the [lack of] consistency that makes it stressful to live here.”

He believes that if resources are used wisely, we may still be able to affect change, though.

“I’m optimistic that there is enough technology and resources out there if we can shift our train of thought and [add] government funding … we have the resources to do more clean energy. We have to look at our kids and our grandchildren. Not just ‘what am I gonna have?’” he says.