Home Columns In the Past Truckee’s Bootlegging Past 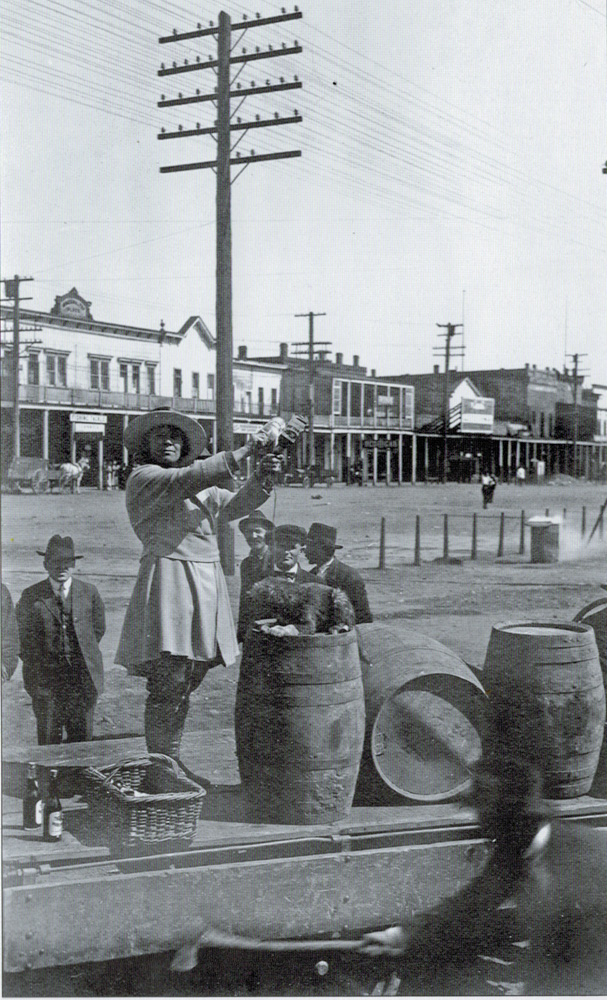 After the logging and ice harvesting eras of the late 1800s, Truckee became known for something a little more nefarious — bootlegging. During Prohibition, Truckee locals made wine, whiskey, and gin in their basements and sold their moonshine locally and down the hill.

“Everyone in town was involved in bootlegging, according to my mother,” said Stefanie Olivieri, owner of Cabona’s, whose family has deep roots in Truckee. “Everyone had a piece of the action, including the sheriff.”

The mafia especially thrived during Prohibition, and Truckee was often the backdrop of mobster action during that time. Gangsters Baby Face Nelson and Machine Gun Kelly lived in the Sierra Tavern in the 1920s, according to a 2002 Sierra Sun column by Guy Coates. Because Truckee was considered a safe haven for gangsters, the underworld of prostitution, gambling, and bootlegging thrived.

“Although illegal, these activities were accepted practices in many areas,” wrote Paul Lord in Fire & Ice – A Portrait of Truckee. “Truckee was no exception, and given the fact that the town was almost inaccessible in winter, outside law enforcement was difficult.”

Dave Cabona, an Italian business owner with a lot of power, was considered “The Godfather” of Truckee, and had an “in” with the Nevada County Sheriff, according to Coates. Olivieri recalls her mother’s story of how Cabona, who started Cabona’s, would go around town asking single men to “take the fall” for saloon owners and then pay them to go to jail when raids occurred.

“That is how things used to work in Truckee,” Olivieri said. “It has never been easy to make money in Truckee.”

According to notes written by Coates in 1997 that are kept at the Truckee-Donner Historical Society, “There were stills all over town. Everyone drank, nobody considered it wrong. All a bootlegger needed to make it was $25 per day to stay in business … Whiskey in Truckee was the best in the North American continent.”

And while it is rumored that Truckee was once the largest gin distiller in the country, Truckee-Donner Historical Society President Chaun Owens-Mortier said “it has never been validated” and considers it an urban legend.

No matter Truckee’s status as a distilling town, it still has a place in bootlegging history. According to Coates’ column: “It wasn’t unusual to find a distillery in the basement homes of even the most respectable citizens.”

Truckee’s Bootlegging Past
12:00 am