Home News Housing Crisis To Airbnb or Not to Airbnb? 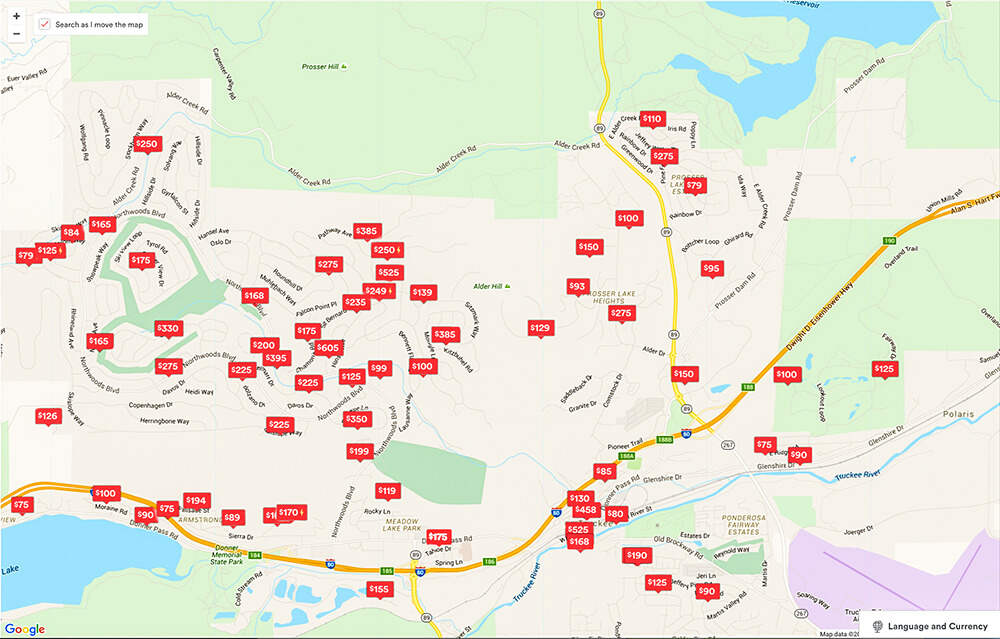 Love it or hate it, Airbnb and other short-term rental services have become a large part of the housing scene in the Truckee/North Lake Tahoe area. Since its founding in 2008, Airbnb has exploded across the globe, offering people a platform to rent their homes to travelers in hotel-style fashion: Here’s the key, check out is at 11 a.m. sharp.

But, like most startups, San Francisco-based Airbnb has had some growing pains. Though great for travelers and those who rent their homes on the lodging site, cities across the country have been cracking down on those renters who do not pay the taxes that hotel guests would have to pay. While the site is not regulated locally, there has been talk that Airbnb is affecting the local rental inventory.

The company spent $8.5 million successfully fighting a bill in San Francisco last year that would have imposed stricter regulations on renters, according to the San Francisco Chronicle. A 2014 report by New York Attorney General Eric Schneiderman stated that almost three quarters of Airbnb’s listings in New York City were illegal and violated regional zoning laws, leading to an initiative to shut down the illegal listings. And, on April 2, the company announced that it will crack down on illegal listings that violate San Francisco’s short-term rental regulations.

In Truckee, local use of Airbnb has led to a different set of problems. The Town of Truckee allows for the short-term rental of single-family homes as long as the owners register for a transient occupancy tax (TOT) of 12 percent of the property’s taxable rents, which is used to fund many community improvement projects. But, according to Nick Pullen, owner of Tahoe-based property management firm Pullen Realty Group, the vast majority of people using Airbnb are either unaware of this tax, or decline to pay it, and the Town of Truckee has no way of effectively enforcing the tax.

“A lot of these owners have no idea what the tax is,” Pullen said. “But we [property managers] have to operate legitimately, so we are operating at a huge price disadvantage compared to owners who just don’t charge it. We are operating in a very unfair marketplace.”

Pullen said that no fines have been given by the Town of Truckee for not complying with TOT tax law. This is mainly due to the difficulty in discerning who is renting their property. Renters are not obligated to contact the town when they create an Airbnb profile; and their full names, addresses, and other personal information aren’t shown on their listings.

Data compiled by the Town of Truckee shows that 408 individuals filed for the tax in 2015/16, which is an increase of 86 individuals since 2013/14. The Airbnb website alone shows at least 470 full home or apartment listings in Truckee neighborhoods, and more than 1,200 in the entire Truckee/North Lake Tahoe region.

Sara Schrichte, project manager for the Truckee North Tahoe Regional Housing Study, an effort driven by the Tahoe Truckee Community Foundation, says there has been a definite increase in short term rentals, which has both positive and negative impacts.

“Like many of our regional housing issues, the impact of services like Airbnb is complex,” Schrichte said.  “On one hand, fewer spaces are available for our residents and workforce. On the other hand, these services provide a variety of lodging options for visitors and a meaningful source of income for homeowners who might not otherwise be able to stay here.”

Schrichte’s first point boils down to inventory. The TTCF found that their North Tahoe study area, which includes the Eastern half of Nevada County and the eastern quarter of Placer County, had an inventory of 33,268 housing units, of which 21,466 were vacant. Out of all of these vacant properties, only 1.3 percent were available to rent, and 1.4 percent available for sale. Every listing on Airbnb — of which there are at least 1,200 homes and apartments available in the North Lake Tahoe region — takes a bite out of this already scant selection of inventory.

Her counterpoint is a familiar one. Airbnb does provide supplemental income to local property owners, and some individuals do use the service simply to make ends meet. Pullen says the added revenue stream Airbnb and similar services has provided to homeowners has made it far easier for many to afford second homes in the Tahoe/Truckee area, further limiting the inventory of homes available to the workforce.

According to Lashbrook, the Town of Truckee is currently waiting on the results of the regional housing study in order to make informed decisions on how to best address the current housing situation. He says policy might be affected by the results of the study, but there has been no discussion about limiting short-term rentals as of now.

To Airbnb or Not to Airbnb?
Arts & Culture

To Airbnb or Not to Airbnb?
Education

To Airbnb or Not to Airbnb?
Wellness