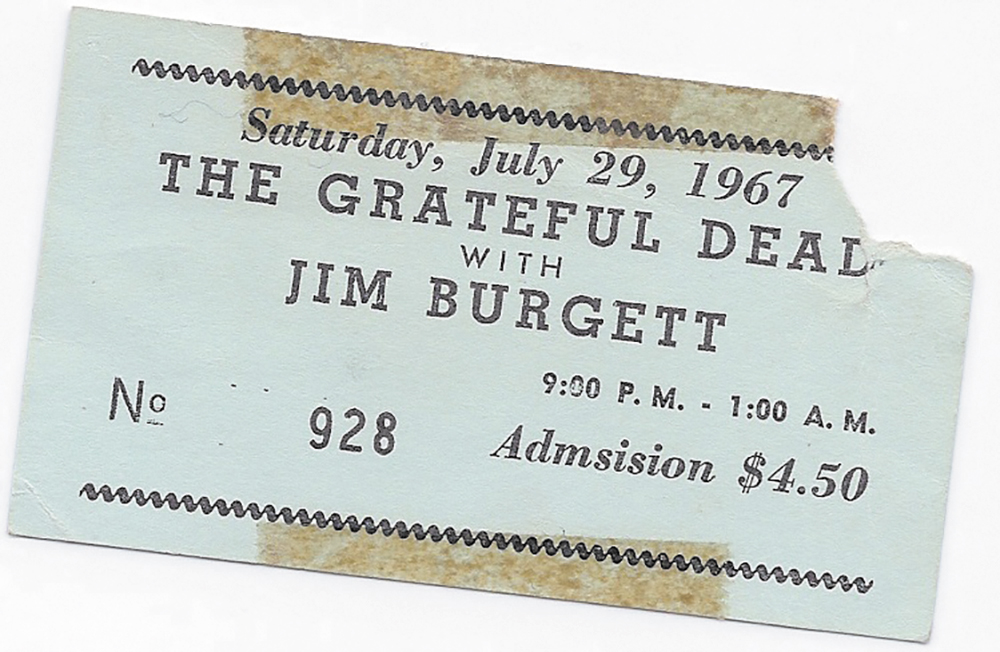 Over the course of two summers in the late 1960s, a chunk of the Haight Ashbury psychedelic rock scene was picked up and dropped off in Kings Beach at the building we now know as the North Tahoe Event Center. A converted bowling alley with 10-foot ceilings, the building was then a concert venue called Kings Beach Bowl that hosted the likes of Janis Joplin with Big Brother and the Holding Company, Neil Young with Buffalo Springfield, Country Joe and the Fish, and the Grateful Dead — to name a few.

Seating 500 people, the building located next to the lake in the center of Kings Beach was owned and operated by Dave Jay and Allen Goodall. Goodall was the Placer County sheriff, and owned multiple properties in Tahoe; Jay’s son played in the Sacramento-based rock group The Creators. The duo initially opened the venue in order to give The Creators a place to perform in North Lake, and the group held a summer residency as the house band in 1967. The Creators, being a lesser known group than, say, the Grateful Dead or Big Brother and the Holding Company, advised the venue to book larger acts on the weekends to draw in the teenage crowd visiting from Sacramento and San Francisco during the summer months.

The Kings Beach Bowl didn’t have the kind of budget that concert promoter Bill Graham had for his epic shows at The Fillmore auditorium in San Francisco. Jay and Goodall made up for their shortfall by housing the musicians in a place they owned on the corner of Bear and Rainbow in Kings Beach. Performers effectively had a Lake Tahoe vacation between gigs.

“Light shows were as famous as rock bands then,” Hewitt Jackson, a rock historian who attended many a show at the Kings Beach Bowl, said in an interview with Moonshine Ink. “They would make you think you were having a psychedelic experience, even if you weren’t.”

In addition to doing light shows, Schultz worked as the venue’s booking agent, thanks to connections he had with The Fillmore.

Ironically, it is believed that when the Grateful Dead played in North Lake, Jerry Garcia and his girlfriend chose to camp rather than stay in the provided accommodations, Hewitt said.

At the time, there were three popular local music venues: two larger scale ones in South Lake and the Kings Beach Bowl in North Lake. While the Grateful Dead performed many times in South Lake, they preferred the smaller vibe inherent to Kings Beach.

Kings Beach Bowl was so popular with the band that in February of 1968 the Dead hosted a three-day concert series on Presidents’ Day Weekend there. As they still do, winter holidays brought crowds of visitors to Lake Tahoe. Knowing that they and locals would need something to do at night, the Dead paired with Marin-based band The Morning Glory to host a music festival of sorts that became known as “Trip of Ski.”

The weekend’s shows are considered unique because the Dead was working on Anthem of the Sun at the time, and the three nights were recorded and worked on by acclaimed sound engineer Betty Cantor-Jackson. The shows were released in 2001, and are the only recordings known to survive from the Kings Beach Bowl.

That summer after Trip of Ski the venue hosted another Sacramento-based group, Working Class, as the house band. It closed its doors after that because the groups, gaining popularity, were getting too expensive to book. Fittingly, it seems the Grateful Dead bookends the Kings Beach Bowl history.

The Timeless Headliners of the Kings Beach Bowl
10:00 am

The Timeless Headliners of the Kings Beach Bowl
Community / Family / Food & Drink
12:00 am

The Timeless Headliners of the Kings Beach Bowl