Home Columns In the Past The Old Timers’ Picnic 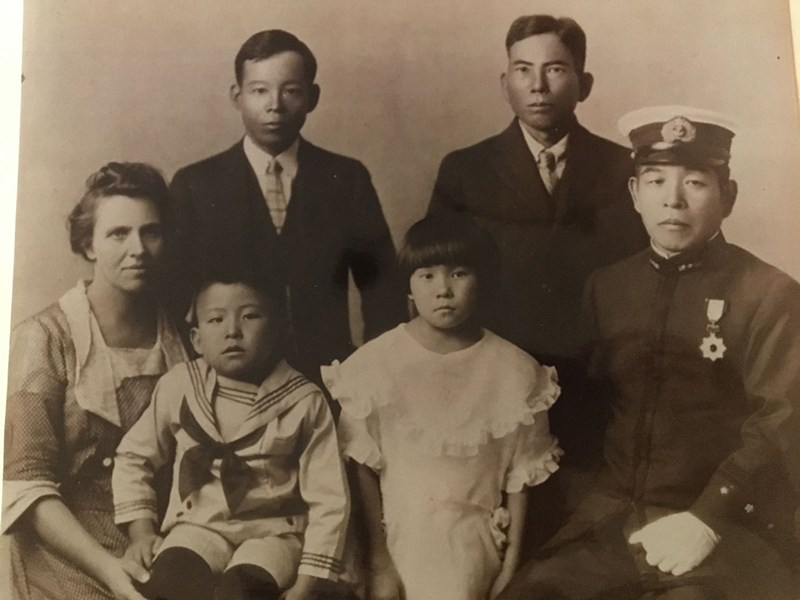 The 38th annual Old Timers’ Picnic started as a day to reunite people who grew up together in Truckee. The first picnic was Aug. 23, 1981, and on every third Saturday in July, the Truckee-Donner Historical Society hosts the event at the Truckee River Regional Park. This year, there was a very special family reunion.

As an attendee, and later an organizer of the event, my first few picnics were exciting as some of Truckee’s oldest old timers were still attending. I have heard hilarious stories and witnessed arguments break out over how people remember the same events differently. One man told me about a handful of bad decisions he made as a juvenile, and how Constable Dolley — a giant at 6 feet 8 inches tall — threw him in the old jail to teach him a lesson.

This year, a woman who attended the Old Timers’ Picnic met her new family for the first time. The woman, who was adopted as a newborn and raised in Oklahoma, recently found her biological parents through a simple DNA test. Having assumed they were also from Oklahoma, she was surprised to find out that they were both from Truckee, a town she had never heard of before. The woman is my new found half-sister, Kim Collier. We have the same mother.

Kim found out rather quickly that she comes from a line of Truckee old-timers. Our maternal grandparents, Doug and Phyllis Heise, moved to Truckee in 1968. Doug’s first job was paving with Bob Sutton before he later worked for CalTrans. He also started a small industrial supply business which he sold to Joe and Priscilla Cardona, who grew it into Truckee River Supply. Phyllis worked for the Truckee Tahoe Medical Group. Together, they raised the last five of their seven children in the same house I grew up in.

Kim’s biological dad is Ken Bretthauer. Digging into Ken’s family history, I realized just how deep my new sister’s bloodline runs in Truckee. I traced one of her great uncles to arriving in Truckee in 1901. Ken was delivered by Dr. Bernard in his home on West River Street, before Tahoe Forest Hospital was built. Ken’s parents were Ralph and May Bretthauer. May owned Tony’s Cocktail Lounge in downtown Truckee, which was previously owned by Tony and Essie Polyanich, Ken’s aunt and uncle. Tony and Essie also owned the California Cafe, next door to the bar. Ken and his wife, Joanie, who was also raised in Truckee, have managed the Webber Lake campground since 2000.

Before long, word got out about the guest who only just discovered what it is like to bask in a warm Truckee welcome. Peggy and Ken’s classmates and life-long friends were surprised to find out about this long-kept secret. Most surprised of all were Ken and Peggy themselves. Ken said he never knew about the baby born in Oklahoma, and Peggy said she had assumed the father to be someone else. With a sample of her DNA and an uncertain outcome, Kim opened the door to the past.

When I asked Kim how she felt about this big life event, she told me she was nervous about meeting so many new people, but that everyone made her feel comfortable and welcome. She said she has always called Oklahoma home, but now can also include Truckee and her new family. Kim had no idea what she was getting herself into when she traveled to this little town on a California mountain top, but she left with a Truckee-size helping of love, acceptance, pride, and joy from a community that has always celebrated their own.

The Old Timers’ Picnic
Community
12:00 am