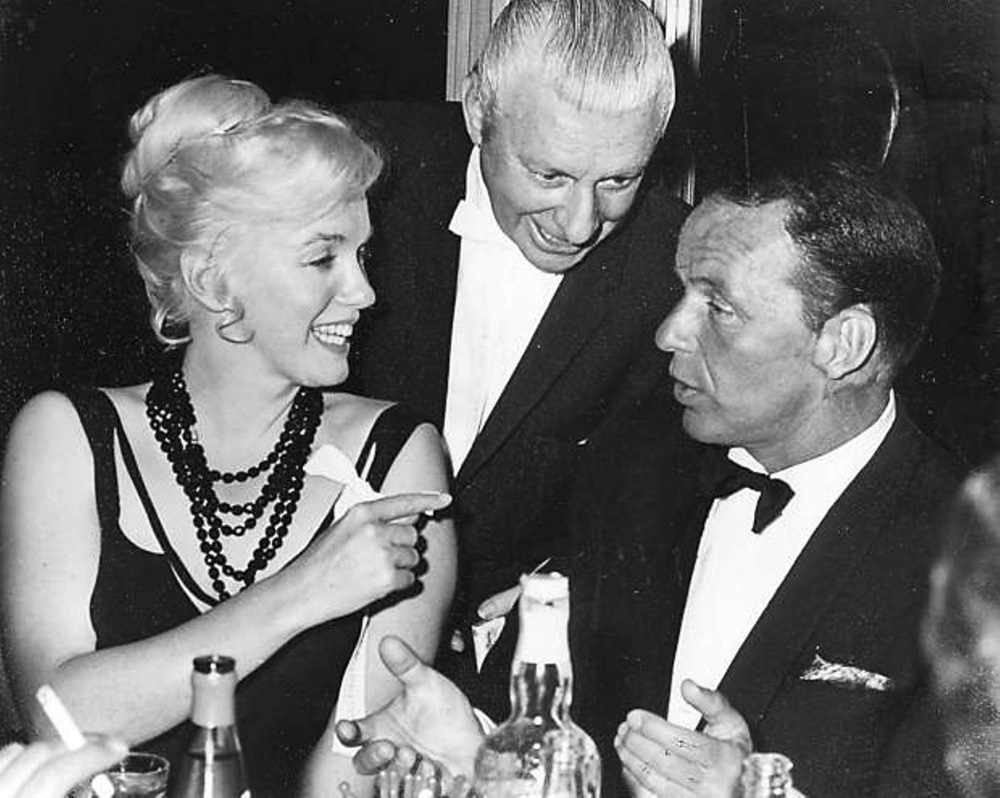 We’ve all heard the Cal-Neva stories about Frank Sinatra, the Mafia, the secret tunnels, John F. Kennedy, and Marilyn Monroe, as well as the glamour and glitz of the storied casino on the North Shore of Lake Tahoe. It all sounds like fantasy and legend, but many of the stories are true. Tahoe was a place for the rich, famous, and infamous in those days, and they flocked to North Lake Tahoe’s Cal-Neva Lodge, nicknamed “The Lady of the Lake,” from around the world in droves.

The Cal-Neva Lodge was built in 1926 by Robert P. Sherman, a wealthy San Francisco businessman who simply used it to entertain friends and guests. In the 1930s, the venue was sold to new owners who were able to obtain a Nevada gaming permit. The lodge instantly became a hit with the rich and famous of the 1930s right up until the place burned down in 1937. Somehow, they rebuilt in only 30 days, using 500 workers.

Not long before burning down, in 1935, an 11-year-old girl named Frances Gumm performed at the Cal-Neva, and was discovered and signed by an MGM agent. Frances Gumm later changed her name to Judy Garland and became one of the most famous entertainers of the 20th century.

The Cal-Neva Lodge became a hit with big gamblers and mafia types in the 1940s and ’50s. Bert “Wingy” Grober, head of a group that owned the Cal-Neva in the ’50s, was a good friend of JFK’s father, Joseph Kennedy, and the Kennedys were known to frequent the Cal-Neva throughout the ’50s and into the ’60s.

In 1960, Frank Sinatra bought the Cal-Neva and was determined to turn the place into a world class casino/resort. Sinatra had an immaculate concert hall built along with a helicopter pad and secret tunnels between the showroom and bungalows behind the hotel on the lake.

These tunnels were carpeted and lined with brick. Celebrities and Sinatra himself could easily travel to and fro without being detected by fans, paparazzi, and media. Entrances to the tunnel were in Sinatra’s office, at the heliport, and a closet of one of the lakeside bungalows.
Frank Sinatra, Dean Martin, and Sammy Davis Jr. all performed at the Cal-Neva during Sinatra’s tenure as owner. They also vacationed there and invited their celebrity friends such as Marilyn Monroe, Joe DiMaggio, Will Rogers, Peter Lawford (brother-in-law of JFK), and many more to join them.

Did JFK hook up with Marilyn Monroe at the Cal-Neva as legend would have it? Maybe…

Sinatra’s close friendship with movie star Peter Lawford inspired rumors of furtive exploits in Tahoe by JFK and his younger brother Robert. Legend has it that whenever Jack or Bobby were visiting Sacramento, Sinatra would send his private helicopter for them. One especially juicy nugget suggests that the blonde “sex goddess” Marilyn Monroe and JFK once made love in a Cal-Neva tunnel, but a little fact-checking suggests the alleged tryst probably never happened, according to thestormking.com. There is only one documented account of JFK (as a Senator running for president) visiting the Cal-Neva — in Feb. 1960. At that time Monroe was in Hollywood filming a movie, making it highly unlikely she flew up for his very short campaign visit, says Mark McLaughlin, the historian behind thestormking.com. Monroe spent her last weekend alive at the Cal-Neva before, sadly, dying of an overdose in Los Angeles in 1962.

Sinatra’s Cal-Neva was booming after his remodel and the parade of celebrities in the early ’60s. By 1963 the Cal-Neva had grown to include 11 cottages and 55 rooms. Sinatra’s only problem was his affinity for the unsavory characters of the 1960s mafia. Sam Gianaca was a friend of Sinatra’s and was discovered by authorities in the Cal-Neva in August 1963. At the time, Gianaca was the top head mob boss of the Chicago mafia, Al Capone’s successor, was suspected to have ordered the murder of over 200 men, had been arrested more than 70 times, and was referred to as “The Godfather” of the American Mafia.

Upon discovering Gianaca in the lodge in 1963, the Nevada Gaming Control Board revoked Sinatra’s gaming license and began pressuring him into selling the casino. So much so that Sinatra gave in and agreed to sell on Oct. 7, 1963, effectively ending the golden age of North Lake Tahoe gambling and entertainment.

The Cal-Neva has changed hands frequently and has seen many hard times since those golden days. It was shut down due to lousy business in 2010, but was fortunately being renovated in 2013 by then-owner Criswell-Radovan. At that time, the property included a 219-room, 10-story hotel with a 6,000-square-foot casino. The goal of the new renovation was, of course, to try to return the Cal-Neva to the prosperity of that golden era during Sinatra’s ownership.

“It has such great soul and character, and it’s needed this redo for many decades,” Robert Radovan, co-owner of Criswell-Radovan, told The Associated Press.

Oracle chief Larry Ellison recently plucked up the Cal-Neva out of bankruptcy court (see Business Briefs), and in so doing, carries on the lodge’s historical relationship with the rich and famous. The mystique continues …

This article was originally published April 2015 on snowbrains.com. Moonshine Ink has edited it for style and clarity.

The Incredible History of the Cal-Neva Lodge on Lake Tahoe
Arts & Culture / Community
All working days 12:00 am to August 31, 2022