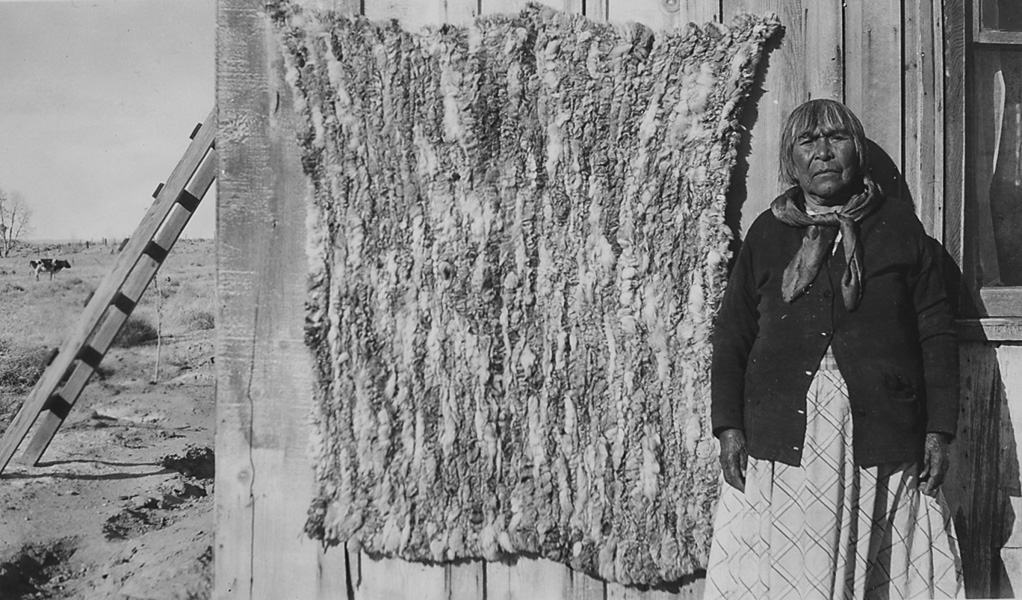 The transition from fall to winter is quiet and cold. Lake Tahoe reflects a dark, cobalt blue, decorated with whitecaps. The ground is brown and bare — beginning to freeze during the night. While grey storm clouds linger in the ether, leaving the high peaks painted white, the cottonwood trees and manzanita shrubs have lost their summer hue. Winter in the Sierra Nevada is on its way.

For millennia, the turn from fall to winter was a seasonal beacon for the Washoe Tribe. This change marked their final days along the shores of their sacred place, Da ow before migrating to the lower elevation valleys.

It wouldn’t be until spring, around the first melt, when the Washoe would return to Da ow, and break trail into the basin. To weather the harsh winters, they spent their fall days hunting and gathering to prepare for the cold days that lay ahead, when survival required great skill, craftsmanship, and connection with their land.

A Place to Lay Their Heads

When the snowpack drove the Washoe out of the Tahoe Basin and into the lower lands, the Carson Valley, and the Pinenut Mountain Range, extending to Bridgeport, they sought hot springs, creeks, or rivers — places that were suitable for long-term living. The valleys made it easier for the tribe to travel and live in less harsh conditions, where they spent their time basket weaving and storytelling around fires in their winter villages. These consisted of conical dwellings called gális dá al (galis dong-al)— bark-covered pole structures with a shallow floor, central fire pit, and smoke hole. The homes entrances faced east to ensure they awoke with the sun.

Rabbit skin blankets, megetal ali (meh-geh-tal-tsal-ee), were essential for warmth and survival throughout the cold months. During the late fall, creating the rabbit skin blankets brought an entire community or encampment together.

“A big part of our culture was the rabbit drives in preparation for winter,” said Herman Fillmore, culture/language resources director for the Washoe Tribe of Nevada and California. Following the first freeze, while the rabbit fur was thick with oils, was the best time for rabbit hunts. Under the direction of the Rabbit Boss the Washoe would collect massive lines of tribe members forming a crescent moon as they drove the rabbits toward nets, traps, or even down canyons. Hunters would club the rabbits dead, ensuring they did not damage the fur. It took around 100 to 150 rabbit pelts to create a rabbit skin blanket. The pelts were cut and woven together while the meat was dried and stored away for winter. Nothing went to waste.

When the explorer John C. Frémont and his men were searching for a route through the Sierra Nevada, they noted the Washoe people “skimming along like birds.” Frémont’s note was a testament to the Washoe’s agility with their snowshoes, which he and his team admired and attempted to replicate. Unlike today’s snowshoes, that are oval shaped, the Washoe’s were distinctly round snowshoes, called šuméli (shoe-mel-ee), with four throngs of rawhide tied in a pattern and woven together. This simple pattern allowed the tribe easy travel through the winter months.

An Art Form, Expression, and Tool

To pass the long, cold days of winter, the Washoe people spent their time basket weaving and aging harvested willows for the thread. Basket weaving was a longstanding, traditional art form that served an important purpose for the tribe. Since they had a mobile lifestyle with seasonal movements, it was important their tools were light, and durable too. The baskets were a reflection of this need and served as storage for food, water, and other supplies.

Before the weavers could begin their craft, harvesting and aging the willow during the fall and winter months was essential. First, they would gather the willow rods following the first freeze of the year, a process that not only supported their art form, but the ecosystem as a whole. Since willow sucks up a lot of water, collecting the willows in the fall cut down the overgrowth — building an innate connection to their environment.

According to Fillmore, “It wasn’t just the product of making a basket, but caring for a place and manicuring that environment.” After harvesting, the Washoe would strip the bark; then the straight shoots were tied into sheaves and allowed to cure. The threads were then coiled and stored in water until the weaver was ready.

The Craft and Connection Of Winter Survival
Business
8:15 am / 9:15 am

The Craft and Connection Of Winter Survival
Sports & Outdoors / Wellness
8:30 am / 5:30 pm

The Craft and Connection Of Winter Survival
Family / Sports & Outdoors