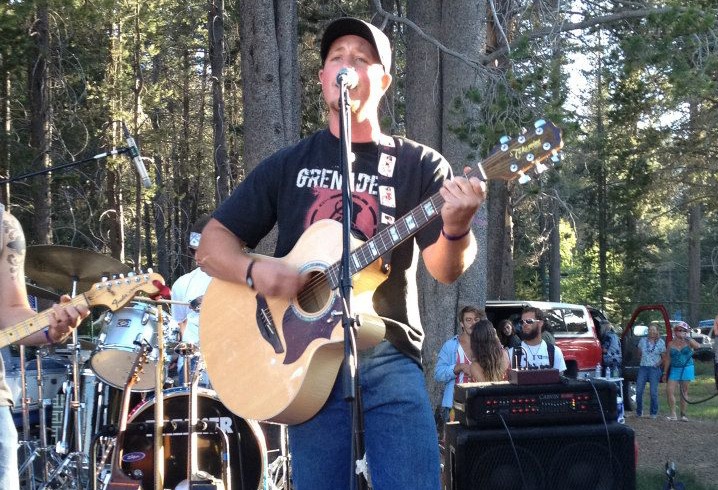 Sierra College Truckee-Tahoe Dean Dr. Kim Bateman thinks American society needs to change how we view and discuss death. Death anxiety, as the death and dying expert calls it, is what gets in the way of dealing with those who are dying and our own grief in the wake of death. When it comes to something as difficult as suicide, our culture just has a hard time knowing what to do with it.

“We are not versed in dealing with pain or listening to things that are not comfortable,” said Bateman, who has a PhD in clinical psychology and facilitates grief workshops, teaches death and dying classes, has given a TEDx talk, and is currently writing a book on the subject. “We can’t sit through something uncomfortable. Suicidal people bring that in spades.”

Suicide is a tough topic no matter how you look at it, but in Tahoe/Truckee, where several people have taken their lives in the past few years, the subject is especially sensitive. But some people in the community want to change that. More organizations and groups are surfacing — both for the suffering and the grieving — and more people are willing to talk about it.

Truckee resident Diana Bell-Curtis, who lost her son Clayton McDonnell to suicide in 2013, is especially passionate about spreading awareness around mental illness and suicide. She started Clay’s Fund soon after her 23-year-old son’s death, as well as initiating a grief support group called The Healing Circle, and said those steps have helped her cope with her loss. In addition to giving scholarships to North Tahoe and Truckee high school graduates through her organization, she now has a greater goal.

“My mission is to basically bring mental health awareness to the community,” Bell-Curtis said. “Mental illness can be silent.”

She points to the fact that Clay did not seem like someone who was depressed or suicidal.

“He was a person who was very well liked and loved,” Bell-Curtis said. “His personality was not what the stigma surrounding suicide is.”

Tahoe City resident Valli Murnane, whose husband Kevin Murnane took his own life in February, agrees that it is not easy to tell when someone is suicidal. Although Kevin was dealing with depression, Valli said she had no idea he was thinking of death.

“Once someone is gone from suicide, there are so many unanswered questions,” Valli said. “Never in a million years did I think I would be sitting here today without Kevin in our lives.”

Both Bell-Curtis and Valli want to remove the veil surrounding suicide, and believe that change will only happen if the community is open to talking about the subject.

“There should be no shame in having mental illness. Kevin was very sick and he had an illness that he wasn’t able to overcome,” Valli said. “He tried really hard. He did everything you can do and he still couldn’t defeat it.”

Bateman points to the fact that “mountain people” wait much longer to ask for help than the general population and that when they do, they “are often in these real deteriorated states.”

Phebe Bell, Health and Human Services program manager for Placer and Nevada counties, agreed that we live in a “tough guy” community, with high rates of alcohol and drug abuse. She said that while it is important to ask for help, many people are unwilling or don’t know how.

“The more we can normalize asking for help, the better,” Bell said.

Bateman agrees, but notes that when someone comes to us for help that we should validate their feelings instead of talking them out of it.

“I believe suffering is only morbid when it’s denied,” said Bateman, who lost her brother in 1990 in an avalanche when he was 21. “My take is that we don’t feel comfortable with someone who comes to us who is suicidal so we try to talk them out if it.”

Instead, Bateman said we need to be comfortable with our own darkness and be patient with those who are hurting.

Bell-Curtis also believes we need to pay attention to the signs of mental illness and suicide, and begin the discussion around the topics.

“It is OK talking about death,” Bell-Curtis said. “We need to provide a way to talk about death and suicide so that when it does happen, people are receptive to ask for help.”

To help facilitate the discussion and to bring more awareness to the topic, Bell-Curtis is holding a fundraiser on Saturday, June 27 for Clay’s Fund. Concert for Clay will feature six musical acts, including the band Clay was a part of, the Bandits. There will be a raffle and silent auction, and chaplains will be on hand as well. Bell-Curtis hopes this event will help keep her son’s memory alive and will encourage the community to talk about suicide.

“For some reason I’m compelled to go on,” Bell-Curtis said. “I want to keep his memory alive.”

While the community continues the talk about suicide and mental illness, those who are left grieving figure out how to cope. Bateman said there needs to be a shift in how we deal with the subject, but said the questions surrounding suicide may never be answered.

“I think we can try to figure things out, but there is a mystery to all of this,” Bateman said. “We don’t know.”