Home Columns In the Past Squaw’s Endurance Running Roots 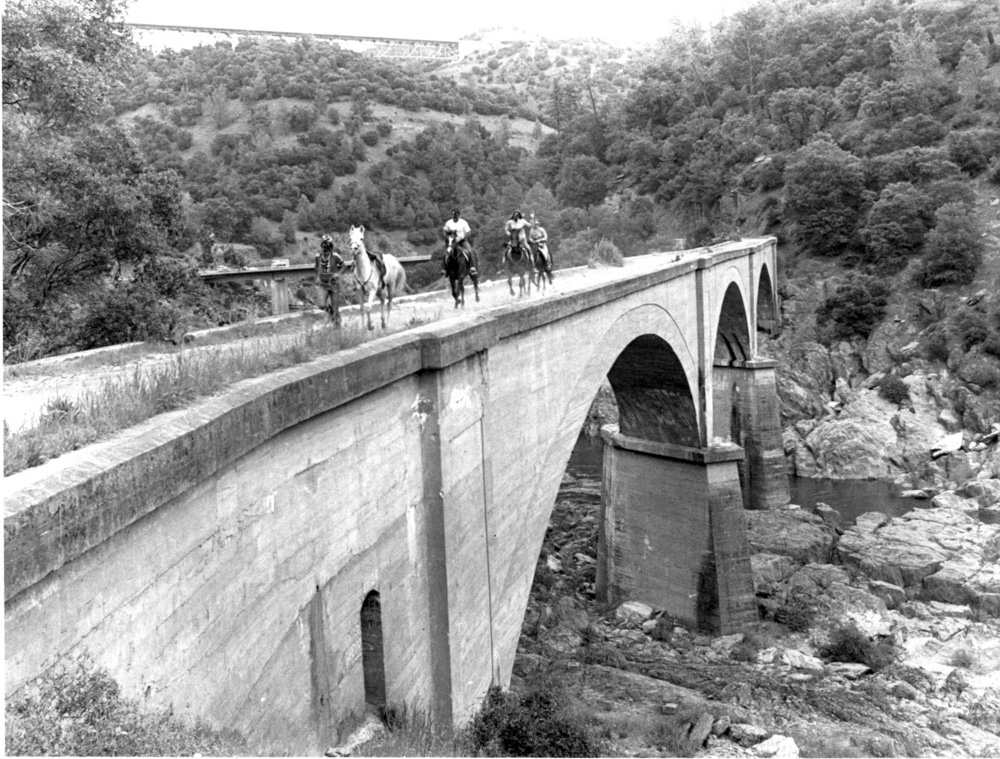 Although endurance competitions are gaining popularity around the world and Tahoe has become a destination for many races, Squaw Valley is home to one of the oldest trail running events. The Western States 100-Mile Endurance Run, which traverses from Squaw Valley to Auburn each June along the historic Western States Trail, has a colorful history embedded in the Sierra.

In 1974, Gordy Ainslegh joined on foot the Tevis Cup Ride, an endurance horse race, finishing in 23 hours and 42 minutes, proving that a runner could complete the rugged 100 miles in one day. A few people attempted the race on foot in the following years, and in 1977 the first official Western States Endurance run was held. The next year, the race broke off from the Tevis Cup but kept some of the aspects of the horse race, including awarding finishers a belt buckle.

Outside Magazine named the Western States race the “toughest endurance event in the world” in 1984. The competition has steadily gained in popularity, attracting professional runners from around the world to the race, which climbs more than 18,000 feet and descends nearly 23,000 before the finish line. This year nearly 3,000 athletes applied for 375 race spots, according to Tim Twietmeyer, race vice president and 25-time finisher.

“Ultra trail running is really blowing up,” said Twietmeyer, noting that the Western States race is a unique challenge. “It’s the one that was the genesis of long distance trail running … It just continues to get more popular.”

What makes this race so special, Twietmeyer said, is not only the challenging terrain and beautiful scenery between Tahoe and the foothills, but the trail itself. The historic Western States Trail stretches from Salt Lake City to Sacramento, and was first used by the Paiute and Washoe Indians, according to the Western States website. The single track trail served as the most direct route between the gold camps in California and the silver mines of Nevada. It was also one of the only toll trails in the country, costing travelers 25 cents in 1850.

Placer County has become a hub for endurance events, according to Twietmeyer and since 2003 Auburn has been called the Endurance Capital of the World. “Everybody loves being at Squaw,” he said. “People wouldn’t be signing up if it weren’t exciting.”

For more on endurance events in Tahoe see here, and here to see how Squaw will change in the next 25 years.