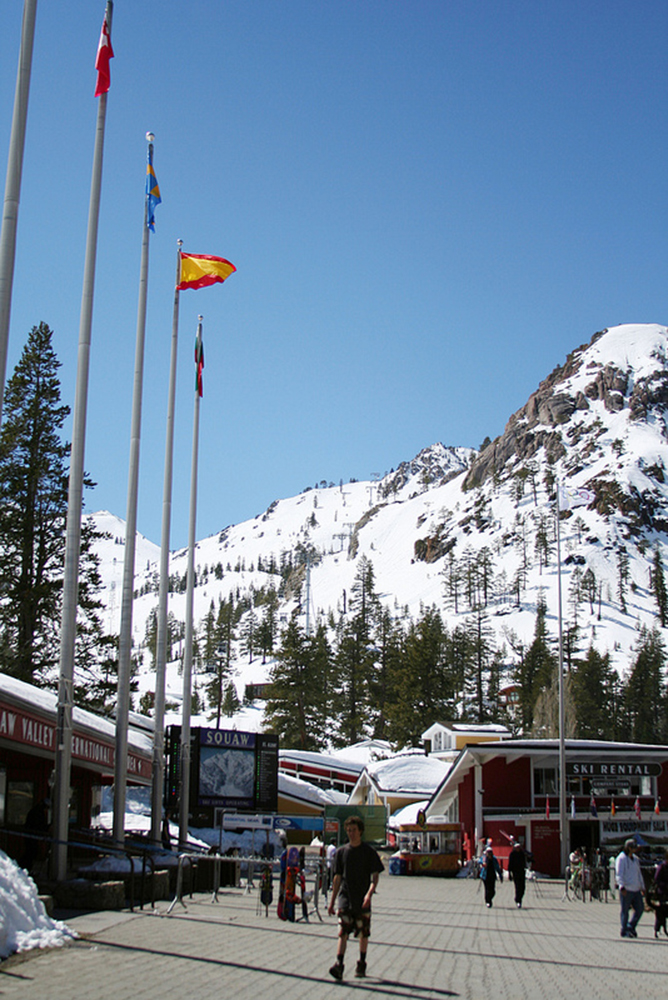 Squaw Valley has scrapped its plans to build a roller coaster on the lower slopes of the ski resort “due to business considerations and capital priorities,” according to a letter that Squaw Valley Ski Holdings Senior Vice President Mike Livak sent to Placer County.

The “Timberline Twister” roller coaster project proposed a “bobsled-like ride” on a looped track in between the Far East and Red Dog chairlifts. The ride would have had a capacity of up to 400 riders per hour year-round, and a lighted track would have allowed it to operate day and night.

Livak said Squaw Valley was “relatively early in the approval process” for the roller coaster. The project had not been fully designed and the environmental review had not begun. The resort will now use the money it would have spent on the roller coaster project and put it toward mountain improvements like replacing the Red Dog chairlift at Squaw Valley and the Hot Wheels chairlift at Alpine Meadows with high-speed, detachable, six-person chairlifts.

Alpine roller coasters have been built at ski resorts across the nation, including Park City, Cranmore Mountain, Okemo Mountain Resort, and Breckenridge.

Squaw Valley was the second Tahoe resort to propose a roller coaster. In 2010, Northstar submitted plans for their own amusement park-style ride, but that project was put on hold after a backlash of public feedback criticized the noise and environmental impacts the project would generate.

Ed Heneveld, a member of the Squaw Valley Municipal Advisory Council, which advises the Placer County Board of Supervisors on Squaw Valley issues, said the project had been discussed by the council in October and was scheduled to be officially reviewed this spring.

“It was a surprise that they pulled it,” said Heneveld.

Heneveld said that Squaw Valley residents he had spoken with had concerns about how the roller coaster fit into Squaw Valley’s community character and whether the theme park-style attraction was appropriate for the valley.

Maureen O’Keefe, a Squaw Valley resident, was one of the residents who thought the project was a bad idea. She said she opposed the project because it was too much like an amusement park.

“I think we will probably see it again in three or four years,” he said.