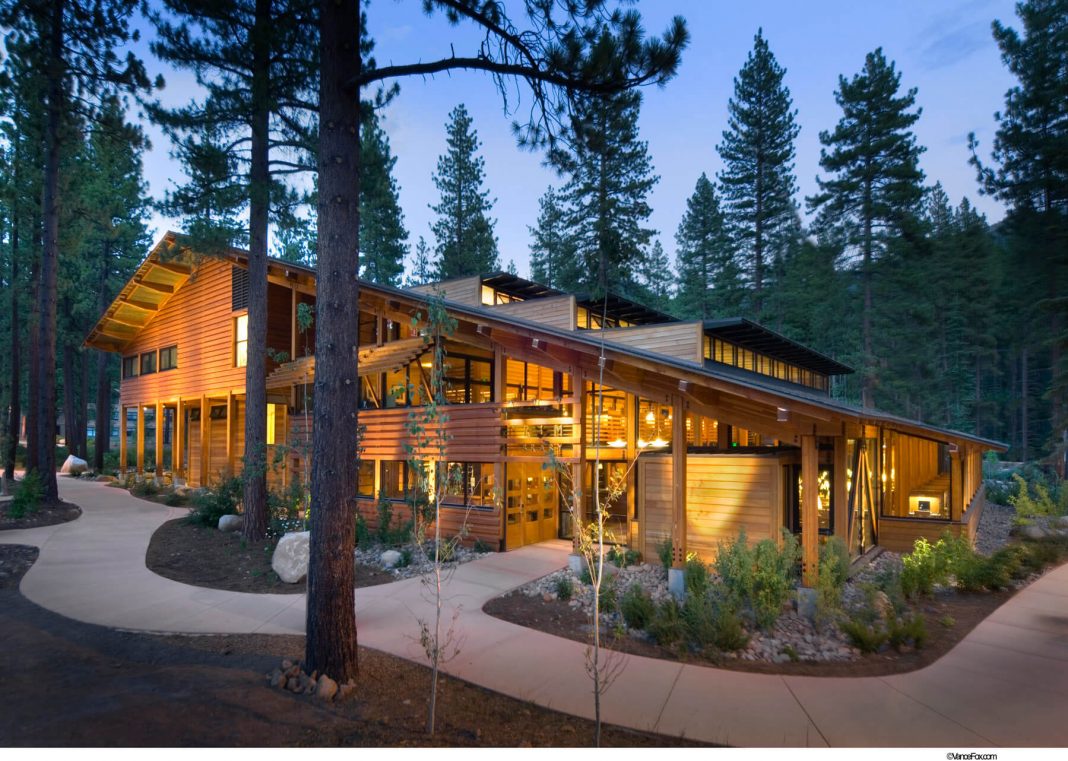 (Editor’s Note: Meghan Herbst and Jamie Wanzek attended Sierra Nevada College. They both graduated in May 2017.)

On Thursday, July 13, Sierra Nevada College, Nevada’s only private liberal arts college, terminated six faculty members, hailing predominantly from the school’s English and humanities departments. Provost Shannon Beets said that faculty members were selected based on whose “termination that would have the least impact on the student body.” Those fired represented the English, humanities, and art departments at SNC, and included the faculty council chair and vice-chair, who were critical of recent administrative budget decisions, prompting accusations that these terminations were politically motivated.

“It was in no way political,” Beets said. “I have always tried to foster a culture of dissent and of free speech here whether it’s on the student side or the faculty side. And it’s unfortunate that those departments happened to be our small departments and our declining departments.”

In May, SNC announced that it would not renew any faculty contracts until August 2017, the same month in which the college’s fall semester begins. These terminations follow a series of cuts, totaling $2.1 million since 2015, to the institution’s operating budget.

“We looked at five-year averages on all our data, and the type of things we looked at were enrollment in majors, both the raw numbers and the trends, and average course sizes within departments. That’s what we used [to determine] impact to students,” Beets said.

President Alan Walker sent a mass email to the undergraduate student body on July 13, immediately following the firing of these six faculty members.

“These decisions include the realignment, and in some cases reduction, of selected faculty and staff functions and positions,” said Walker in the email.

“The people that were let go were some of the best-published faculty at the college,” said Psychology Instructor Dan Aalbers.

In May 2017, Aalbers assumed the position of faculty council chair, a capacity he served in until his employment was terminated on July 13.

“There’s no question it was politically motivated,” Aalbers said. “As far as this idea that this is a quantitative decision, this really doesn’t make any sense, because I had classes that were higher, had higher enrollment, than faculty that were retained. At my salary of $37,000, I’m one of the cheapest professors there. So if I had good enrollment and I had a low salary, quantitatively, I should have been retained.”

Beets said that there was no plan to release the internal metrics used to make employment decisions publicly, but internal documents leaked to Moonshine Ink reflecting fall course enrollment show that Bankston had the third highest number of actively enrolled students in her upcoming courses — 66 students in total out of an undergraduate student body of 507. Aalbers had the highest active enrollment — 38 students — in the psychology program, a discipline that falls within the humanities department.

“I keep thinking of the quote from the Vietnam era, that you had to destroy the village to save it, and it seems like what we’re going towards is destroying the college to be able to save it,” Aalbers said.

Immediate backlash ensued over the termination of faculty members, and current students and alumni created an online petition on Change.org protesting the college’s decision and calling the faculty reductions a “politically motivated maneuver designed to quell conflict and dissent between the faculty and administration.” Within 24 hours, the petition received 235 signatures, and had a total of 599 signatures at press time.

In a letter written in response to the Change.org petition, Beets said that undergraduate enrollment declined at the college every year over the past three years, declines that affected some majors more than others.

To maintain their budget, SNC created a Strategic Plan for Institutional and Financial Sustainability. Strategies include increasing programming by launching low-cost degree completion programs on regional community college campuses. In 2016, SNC partnered with Lake Tahoe Community College in South Lake Tahoe to offer a bachelor’s degree in global business management. SNC has also planned to continue this strategy to Truckee Meadows Community College in Reno fall 2017. Currently, the SNC cost per credit at LTCC is $382, while the cost per credit at the Incline Village campus is $900.

“The board knows how painful this is for our campus,” Beets said. “They were here today speaking to the faculty and staff, and they reassured them that if this happened, if it had to happen, that they wanted it to happen once, and for everyone that was left to know that they were here and they could feel secure in their positions.”

Aalbers informed Beets in April that he intended to bring a union representative from the Nevada Faculty Alliance to SNC’s campus to speak at a faculty development meeting in May, a move that Beets discouraged.

During the 2016/17 year, Aalbers served as vice-chair of faculty council, and humanities professor Samantha Bankston, PhD, served as faculty council chair. Bankston was also let go from SNC on July 13. Bankston and Aalbers were vocal critics of SNC’s budget reduction strategy. In an editorial published by the college’s newspaper, the Eagle’s Eye, and by the North Tahoe Bonanza, Bankston wrote that “the value of each professor, each academic program, is universally measured in terms of student enrollment. With greater operating margins associated with higher student to faculty ratios, the leadership is evaluating a program’s viability according to this metric, regardless of concerns about what kinds of citizens we help shape, or what kind of world we want to create.”

Students also responded by voicing their opinions to the president directly. Nicole Ross, president of SNC’s Student Government Association and an English major, was stunned to discover that half her department’s professors had been fired.

“With the loss of these professors, I’m wondering what the current plan is to maintain our various legacies, including the poetry center, the honors society and the Sierra Nevada Review,” said Ross in an email to President Walker. “These are bits of SNC that make it rich and different from other schools. My fear is that as we contort the mission of the school into something else, we become less and less unique and more similar to a junior college.”

English instructor Jared Stanley was also let go. Stanley cofounded and curated SNC’s Poetry Center in 2014, backed financially by grants from the Nevada Arts Council, the National Endowment for the Arts and the Nevada State Library and Archives. The center houses a collection of over 2,500 volumes of poetry from around the world, and regularly hosts events headlined by award-winning writers and poets. English instructor Courtney Berti, who worked at the college for a year before her termination, served as advisor for the Sierra Nevada Review— a literary journal with a 27-year legacy at the college, founded by English department chair June Saraceno in 1989.

Bankston started and led the honors program at SNC, and Aalbers co-authored the American Psychological Association’s anti-torture referendum that was ultimately crucial in the fight to get psychologists to stop working at Guantanamo Bay.

“For poetry students and fiction students, we’re losing out on mentors, so I don’t really see how it’s fair. Business students have a lot of access to amazing mentorship. Even if it’s just a marginal amount of students, what makes my education worth less,” Ross said. “I know for a fact that firing intelligent, bright, helpful people from their jobs is not the right way to accomplish balancing a balance sheet.”