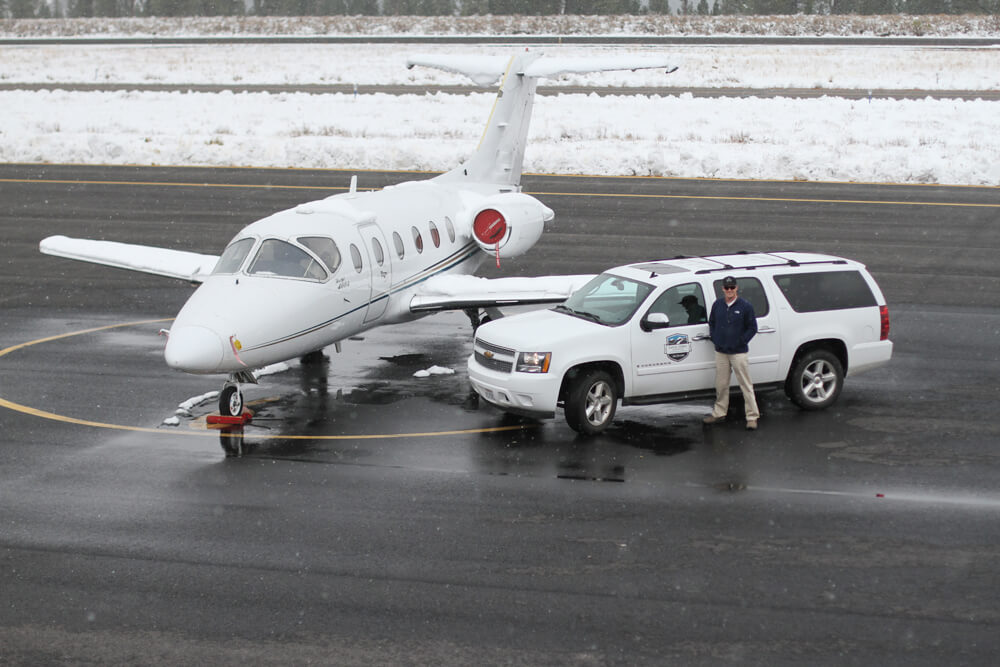 Organizing helicopters for rock stars, driving 800 miles a day, and responding to hundreds of text messages and calls all while surviving off coffee and water. This is the world of Tal Fletcher, owner of Tahoe Sierra Transportation, a private car service serving Truckee and the California side of Lake Tahoe. But don’t dare call his business a taxi company.

A typical peak-season day in the winter for Fletcher and his crew of 15 drivers consists of driving customers to and from airports in Reno, Sacramento, and San Francisco, as well as shuttling families and vacationers around the area. As the only locally-owned California Public Utility Commission-licensed operation in the area, Fletcher has the ability to drive customers anywhere in California, and he has. Destinations have included Mammoth, San Francisco, Santa Cruz, Mount Shasta, and Carmel.

But the 20-year Truckee resident wants his business to appeal to locals as well. Fletcher understands that a $300 round-trip ride to the Reno airport is not affordable for most locals, so he is developing plans and partnerships that could broaden his customer base. He did note that “whenever we can offer a cheaper service, we do.”

“The Craziest Story” While airport trips are the bulk of Fletcher’s transportation business, he does get strange requests from time to time. He said his craziest story happened this summer with a rock star and his family from L.A. (Fletcher would not divulge the star’s identity). Fletcher’s business became the 12-person group’s personal concierge service, and they spent $41,000 on Fletcher’s services in seven days.

“It was absolutely insane,” said Fletcher.

For a week, Fletcher arranged the family’s vacation, from heli-river rafting to shooting in the Nevada desert, and even planning a last minute Burning Man trip for seven of the group. He planned the entire trip in a day, from scoring tickets to hiring a Burning Man “guide,” driving them to a thrift store in Reno for costumes, and arranging for bicycles for when the group arrived by helicopter on the Playa.

“I was in the dark alleys in Reno with thousands of dollars buying [Burning Man tickets] from scalpers,” he said. “This is the day I learned the difference between billionaires and millionaires.”

And the most shocking part is that they only stayed for seven hours.

“They had to get back for dinner or their dad would have been mad,” he explained.

Outlandish requests aside, Fletcher sees his business continuing down the path of serving customers in that way.

“We’re their first and last impression of Tahoe,” he noted. “Their vacation starts and ends with our company.” 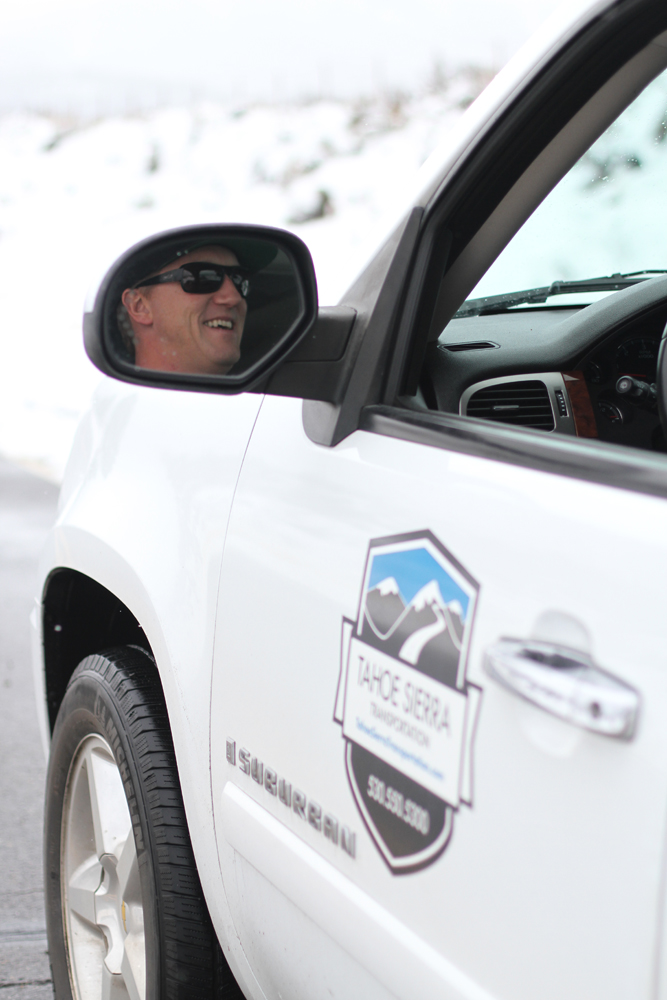 From Then to Now In 2003, Fletcher had just finished working as a heli-ski guide for Points North Heli-Adventures and wanted to create a business that could run for 12 months while allowing him to take three months off to ski. He watched friends open cab companies — even dabbling in it himself while living in Boulder, Colo. — and decided to start Mountain Cab, while going back and forth himself between Truckee and Alaska for two years.

“That planted the seed that I could make money driving people around,” he said.

He sold that company and started Truckee Tahoe Transportation in 2006 when he realized a private car service didn’t exist in the area. In 2011, he sold that business to become a ski guide for Ice Axe Expeditions in the Antarctic Peninsula and South Pole, but he remained a partner in the company. When he returned from the South Pole, he realized his business had been run into the ground. He is currently involved in a lawsuit over that business, which he said will be resolved later this year.

“While all my friends were making money, I put all my net worth into this business,” he said.

Fletcher recalls 2011 and 2012 as being “awful in so many ways,” which gave him the desire to create a successful, flourishing business. With business experience under his belt and loyal customers backing him, he created Tahoe Sierra Transportation. Now he says he has a service that is better than his first one.

“Nothing makes you want to succeed more than someone ripping it from you,” he said. “I’m a highly competitive athlete in an entrepreneur’s body.”

Tahoe Sierra Transportation is the preferred transportation service for many of the area’s hotels, and is starting a partnership with San Francisco-based Uber, a transportation-referral network. Fletcher’s personal life is also blooming; he is set to get married next year, and tries to ski, paddleboard, and fly his Sesna-172 whenever he can.

“I feel like the comeback is under way,” said Fletcher.