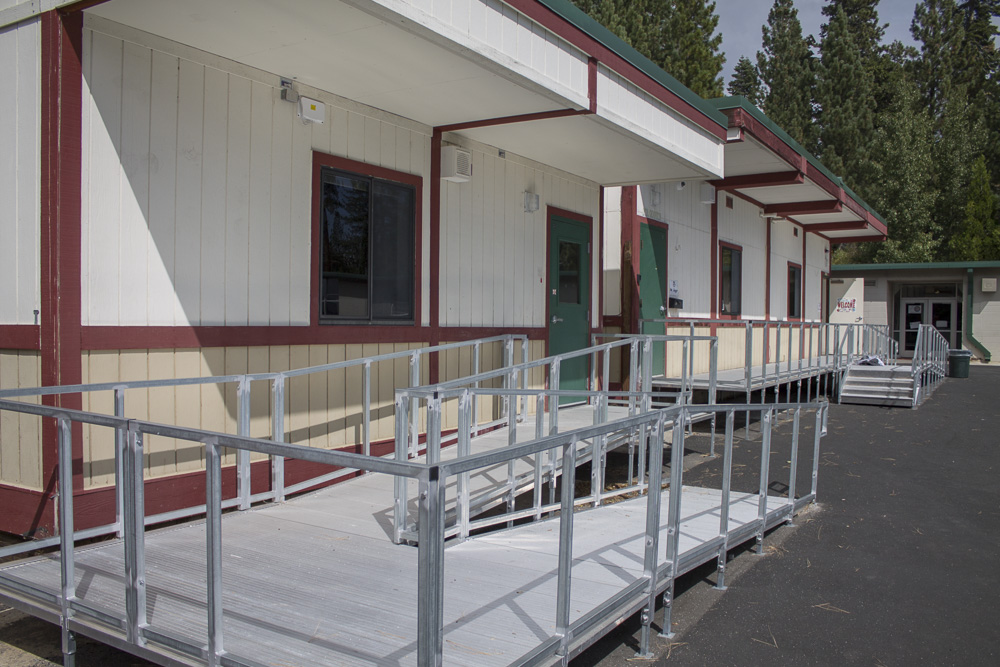 Truckee and North Tahoe voters are faced with two separate bond measures on Nov. 4 that share the same goal — upgrading school facilities in the Tahoe Truckee Unified School District. Truckee’s Measure U asks voters to invest $114 million in their schools, while lakeside voters will vote on Measure E, which would fund $62 million in improvements at North Shore schools. Each measure must pass by 55 percent.

Aware of the high price tag, the school district board prioritized each project in the facilities master plan, and took out all the “wants” and just focused on the “needs,” coming out with $146.2 million. The district was counting on a statewide facilities bond measure to pass this November, but the state decided to put the funds towards water needs instead. In June, the board voted to put two bond measures on the ballot to ask the community to front the expenses.

“There is no way we can fund this,” said TTUSD Superintendent Dr. Rob Leri. “There really are no options other than a general obligation bond.”

Kim Szczurek, school district board president, said the board was conservative in calculating assessed property values and interest rates when determining the bond figures. She said the board looked at assessed values over 20 years and used half that average, which came out to a 3.25 percent increase in its figures. For interest rates, the board used 7 percent in its estimates. If Truckee’s Measure U passes, homeowners will pay $48 per $100,000 of assessed value annually. For Measure E, North Shore homeowners would pay $29 per $100,000 of assessed value annually. The bonds would be paid off in 33 years.

“I really think we did our due diligence. It is really expensive to build schools in California, and especially in Truckee/Tahoe,” Szczurek said. “We got it shrunk down pretty well.”

“We sure don’t have this kind of money in school district funds,” Hill said. “And the funds we do have are restricted.”

In Dire Need of Repair

“We have four sites that are in bad need, terrible need,” Hill said. “It is, simply put, an investment.”

Truckee High School senior Lynde Tucker pointed to the school’s poor ventilation system and said it was hard to breathe in the hallways during the King Fire due to the smoke.

Truckee resident Suellen McGeorge, who supports Measure U, said students are embarrassed of their schools.

“When you go by our high school, I feel like it’s not up-to-date. I would like to see our schools provide a place where students want to be and provide technology to keep them in competition with other districts in the country,” said McGeorge, who has a son that attends sixth grade at Alder Creek Middle School.

Leri said the district is currently in the process of prioritizing projects so, if the measures pass in November, it can “hit the ground running.” He said the projects would be implemented in the next six to eight years.

Although bond measure opponents agree that the district needs new facilities, they think the district is asking for too much.

“When I looked at the bond measure, I was deeply concerned,” said Truckee resident Eric Premack, who spoke in opposition to Measure U at the Truckee Candidate Forum in October. “It’s too large and expensive. It’s way too close to a blank check for my comfort.”

Premack is also concerned that the district is not maintaining its current facilities, having cut funding from its deferred maintenance budget. He said he feels there is a current lack of commitment to maintenance.

“They are asking us to build more and not taking care of what they have,” Premack said.” It’s just insane.”

However, Szczurek said the Federal Emergency Management Agency gave the district funds to complete earthquake retrofits at the schools and that the district recently added maintenance staff.

“That money will never make major capital improvements,” Szczurek said of the district’s deferred maintenance budget. “It is just to maintain.”

If the bond measures don’t pass, the district will continue maintaining its buildings, but Szczurek stressed that building costs will only be higher in the future and that the facility improvements are needed immediately.

“I think we are at a really good place with our school district,” Szczurek said. “This is an opportunity to match our facilities with the learning that is happening in the classroom.”