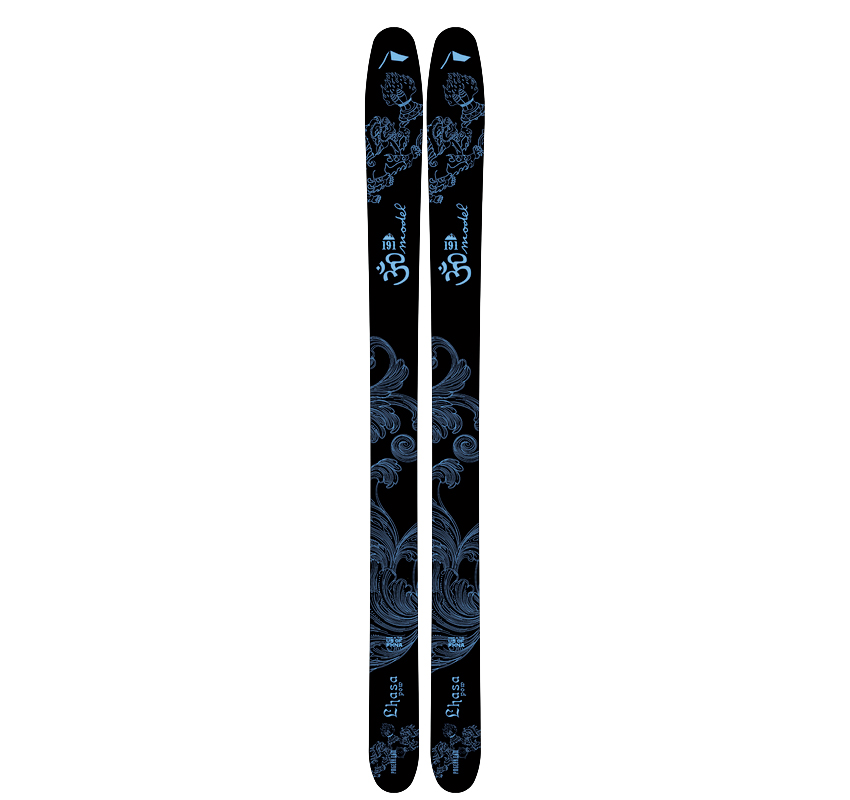 Pat Keane refers to Keith O’Meara as a “super wonderful dude” whose business has a great reputation. Keith says Pat is a “legend,” and he respects his hard work and passion.

These aren’t the words one expects to hear traded between rival business owners. But these two do business a little differently. The common assumption is that to get ahead in business, one must be ruthless, cutthroat, and that “greed is good.” But for local ski makers like Praxis Skis and PM Gear, they have taken a decidedly different route. By lending a helping hand to their competitors, they have gained a loyal following and the support of the community.

Praxis Skis started in 2005 in Keith O’Meara’s garage on Donner Summit. In the days before fat skis were ubiquitous, O’Meara said major ski brands were neglecting the freeride and powder ski culture, which was on a rapid rise.

“I learned to make skis and started the company because I was really passionate about what we needed for our discipline of skiing, and frustrated that these obvious innovations were not available from the main ski brands,” O’Meara said. 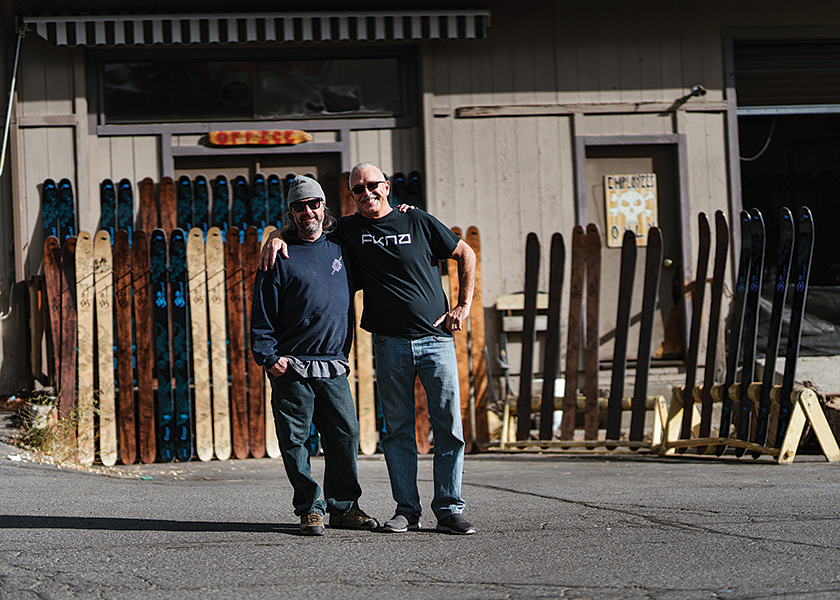 PM Gear was also born of the same quest to create something that didn’t yet exist. Founder Pat Keane describes his former business as the first “internet crowdsourced ski campaign.” It was born from the primitive online ski message boards of the early 2000s, where die-hards would gather to discuss gear and their ideas for improvements.

With PM Gear eventually settling into a warehouse in Reno, and Praxis later relocating to Incline Village, the two boutique ski companies were only a few tens of miles apart. But while many would assume that two businesses in the same area competing for the same slice of a very niche market would become rivals, the two had nothing but respect and admiration for one another’s craft and would go on to form a strong friendship.

“If one of us ran out of a material and that was holding the other up, we didn’t hesitate to reach out, and we’ve horse traded a lot over the years,” O’Meara said. “I had respect for the skis Pat was making and how he was doing it.”

Keane said that at one point he got a call from O’Meara asking if he wanted to buy his ski press. He explained that without $10,000, he was going to have to shutter his business.

“I said ‘I’ll have $10,000 for you in 72 hours Keith, I don’t want you to go under. You can do this,’” Keane said. He called him three days later with the promised money. O’Meara was shocked that it wasn’t just talk. Even though O’Meara had found the resources he needed elsewhere, Keane said it created a bond between them.

“Whereas a lot of people would have viewed us as competitors, when it came time where I could’ve said ‘haha, my competitor will fall apart,’ I was like no, dude, we can’t let that happen. I care,” said Keane.

Eventually, Keane’s increasing sensitivity to fiberglass meant that he had to shut down his ski press in 2015. But the two Sierra ski-making legends joined forces this season to bring back one of PM Gear’s most popular models, the Lhasa Pow (pictured right).

“I was bummed when Pat called it a few years back and stopped making skis,” O’Meara said. “So I was happy to bring some of his designs back and see how they go under our manufacturing ability.”

They produced 30 pairs and sold out before they even started to manufacture them, an indication of the reputations that these two powerhouses have in the ski industry.

“Keith knocked it out of the park, I’m really stoked about his build quality,” Keane said. “I wanted to go into it with the best intentions and end it with the best feelings. And that’s exactly how it happened. We’re just two Tahoe OGs making skis. And everybody’s digging them.”

With Praxis’ sales skewing more toward a local customer base over the past five years, O’Meara says it’s fun for him to see his skis all over when he heads out to the mountain. He enjoys that local customers can swing by the shop to check out skis or have them serviced. “My head is always down scanning people’s feet in the lift line for skis we’ve made,” O’Meara said.

As for the future, both Keane and O’Meara said they would love to keep the collaboration going, and for Praxis to continue to produce the quality skis for which it’s known.

“In the end it’s a labor of love,” O’Meara said. “I’m not expecting or trying to be purchased by a conglomerate, but I’m happy so long as I have orders to fill and the time and health to ski.”

A Rising Tahoe Tide Lifts All