Home Columns In the Past Remembering Truckee’s Masonic Lodge 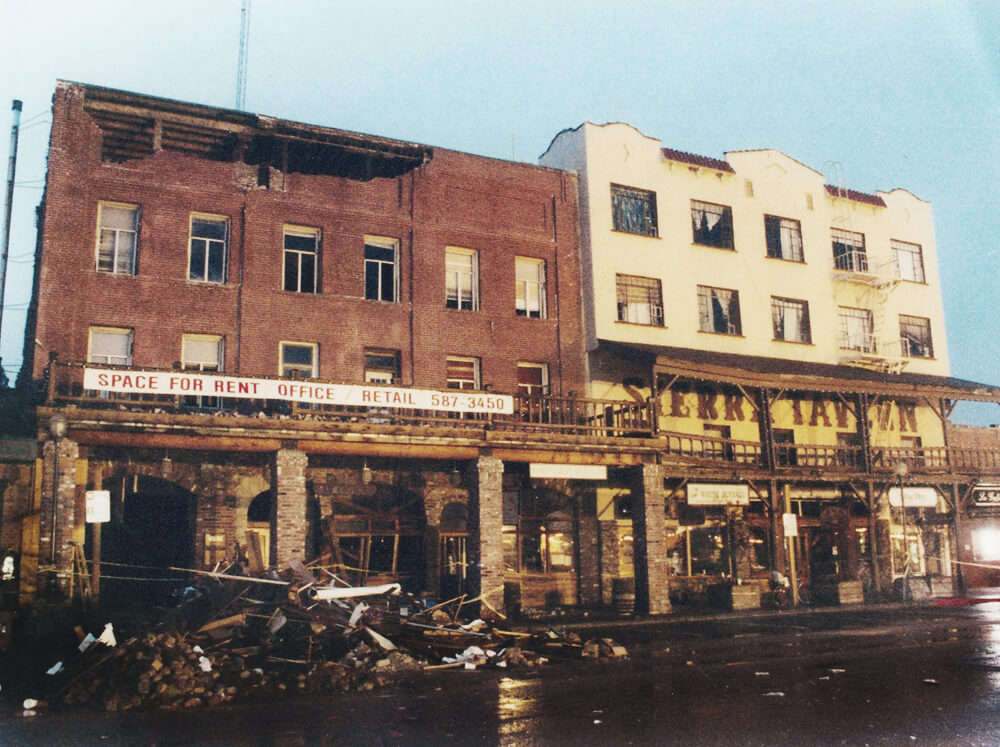 It’s been 20 years, but those who were in Truckee on Nov. 30, 1993 certainly remember the propane explosion that destroyed the historic three-story Masonic building, killed a construction worker, and injured seven, including 4-year-old Madeline Bond. Bond, whose family owned Josephine’s Restaurant on the upper level where the explosion occurred, is now a 24-year-old college student who enjoys art (see story here). But the history of the building, which is now known as the Porter-Simon Building, goes back much further.

Constructed in 1909, the Masonic building housed Truckee’s first movie theatre, The Paramount, from the 1920s to the 1930s. The lower level also housed Rossarini’s Shoe Store, the Sierra Sun, and Siegel and Owen’s Tahoe Meat Market. The upper floors contained a dance hall and the Masonic lodge meeting room.

The current Porter-Simon Building was constructed to resemble the former Masonic Lodge. Some of the original bricks were even used in the construction of the building, and the brick arch on the second floor traces the outline of the original design.  The lower level of the building is now home to Sweets Handmade Candies, the Truckee Shoe Company, and Uncorked. Upstairs is home to Dragonfly Restaurant.

In 2007, a 23-stone arch was erected at the Old Historic Jail museum on Jiboom Street to commemorate Truckee’s Masonic Lodge No. 200.