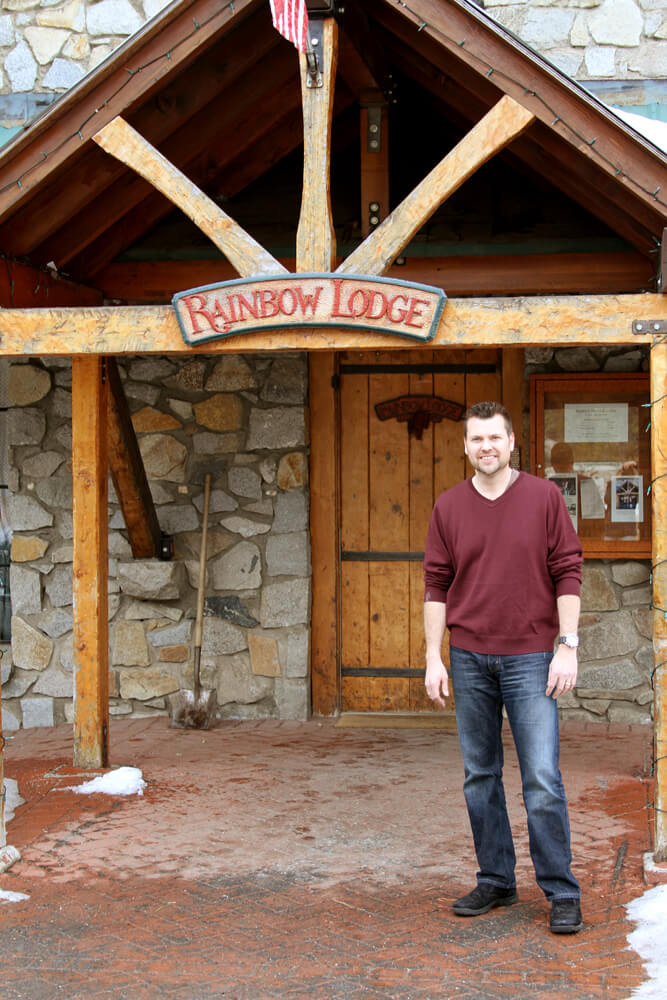 After years of neglect and months with its doors shut, the historic Rainbow Lodge in Soda Springs will open this month with a facelift, new owners, and a new name. The Rainbow Tavern & Lodge will welcome guests to its new digs on Feb. 20, and diners will be able to enjoy a more family-friendly menu when the restaurant and bar opens in late spring.

Craig and Wendy Mitchell from Rocklin, along with Craig’s parents, purchased the inn and the surrounding 114 acres in late December from a court-appointed receiver, which had been operating the building since 2011. Since then, the Mitchells have been on the fast track to refurbish the lodge in time to capture winter tourists.

“It has so much character,” Craig Mitchell said of the lodge, which was built as a stagecoach stop in 1894 and converted into a tavern in 1920. “It needs some attention to bring it back to where it needs to be. It needs a little love.”

Part of that attention will be refurbishing the interior of the building, including putting in new carpet and curtains, updating and repairing the 33 bedrooms, and replacing tile and equipment in the kitchen. Additionally, Mitchell is scrapping the vintage Swiss theme and going with a Sierra motif, including nicknaming each room in the lodge as a Sierra location, and decorating with area photos and maps.

Although Mitchell does not have a background in hospitality or restaurants — his background is in corporate finance — he said owning a lodge has been something he and his wife have wanted to do. His grandfather, Benjamin Prout, owned the historic Marlborough Tavern in Connecticut, and the Rainbow Lodge reminded Mitchell of the East Coast mainstay. Mitchell considered buying Ice Lakes Lodge at Serene Lakes, but thought the Rainbow Lodge had more character. He is even renaming the front dining room The Marlborough Room as a nod to his grandfather.

“This was in homage to my grandfather,” Mitchell said, noting that his mom “broke down crying” when she saw the dining room. “There is a lot of personal connection to us as well. It is a special place.”

Mitchell noted that the lodge has gone through name changes over the years, from the Rainbow Tavern to Rainbow Tavern Lodge to Rainbow Lodge, and he wants to incorporate its history as a tavern while highlighting that it has a bar and restaurant in addition to the hotel. Mitchell said he is focusing on first opening the new facility for lodging, then will move his sights to hiring an executive chef to develop a family-friendly and affordable menu. The back dining room will be casual, while the front dining room will have a more upscale feel.

“We want to focus on reaching a broader audience,” Mitchell said. “We want to provide better quality at more affordable prices.”

The lodge sits on the South Fork of the Yuba River and has a natural spring on the property, which was once used by water bottle companies, said Mitchell, who plans to bottle the water and develop a private label in the future.

Receiver Douglas Wilson Companies in San Diego had been operating the property and nearby Royal Gorge Cross Country Ski Resort since 2011 when developers Kirk Syme and Todd and Mark Foster defaulted on a $16.7 million loan from Armed Forces Bank. In 2012, Douglas Wilson Companies sold 3,240 acres, including Royal Gorge, to the Truckee Donner Land Trust and The Trust for Public Land for $11.25 million. However, the Rainbow Lodge was not part of that deal and the receiver began looking for a buyer. The receiver operated the lodge until May 2013, when it closed the doors for economic reasons.

The asking price for Rainbow Lodge began at $3.9 million, which was reduced to $1.1 million at the end of last year. Mitchell and the receiver could not disclose how much the lodge sold due to a confidentiality agreement, and the amount is not yet public record, according to Placer County. However, Alan Scott, director of brokerage services for Douglas Wilson Companies, said that after appraisals were complete and it was determined that major remodeling was needed, that the lodge “sold near that value [$1.1 million] and we discounted it a bit.”

“That was a heck of a good buy for a unique property,” Scott said. “Craig and his family have a wonderful vision of restoring the lodge. We are very pleased with the way it turned out.”

~ Are you excited for the reopening of the historic lodge? Tell us below.