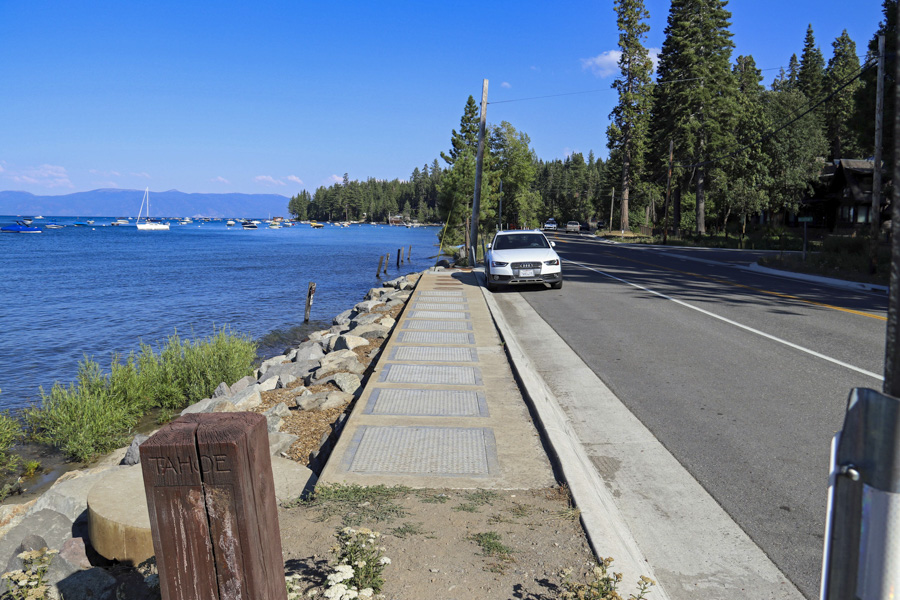 The Placer County Local Agency Formation Commission released its draft Municipal Service Review Update in August for the 13 special districts in North Lake Tahoe and Martis Valley, the first update since 2004. The 13 districts range from the smallest sized, the McKinney Water District, to the largest, the Tahoe Forest Hospital District, and does not include the Northstar Community Services District, which was described in a separate review in 2014. While LAFCO Executive Officer Kris Berry said the review found some minor issues such as the fact that audits were not consistently being done, she said that overall the districts look to be in good financial shape.

“There were no glaring issues raised,” Berry said. “It appears most of the agencies are very well managed and do their job very well.” The draft review is available at placer.ca.gov/departments/lafco. ~ MS

Tom McClintock, the U.S. Representative for California’s 4th congressional district, met with the Contractors Association of Truckee Tahoe on Aug. 22 to discuss the Affordable Care Act, the lack of fire hydrants at the lake, and regulatory reform. CATT is a non-partisan organization composed of Democrats, Republicans, and others with various political affiliations. The group said it has a quest for transparency and accountability that is driven by the “belief that citizens should know what their government is doing.”

The North Lake Tahoe Visitor’s Bureau conducted a study in the Los Angeles marketplace about the destination’s recent advertising and integrated marketing communications performance, and has determined that the 2017 marketing campaign has yielded significant success for the destination. A report prepared by San Diego qualitative and quantitative research firm Strata Research concluded that the 2017 Human Nature campaign elevated North Lake Tahoe’s status as an ideal vacation “getaway” and as “much better” than that of regional competition. These results were among others that rank North Lake Tahoe as one of the country’s top vacation spots. The study found that North Lake Tahoe’s brand awareness has remained stable since 2011, whereas other competitive destinations have seen a significant decline in consumer recall, and that 52 percent of visitors said they booked overnight stays in North Lake Tahoe, a 17 percent increase from the 35 percent in 2011. Info: gotahoenorth.com

The creation of the Tahoe-Central Sierra Initiative was announced at the 21st annual Lake Tahoe Summit in August. The Tahoe-Central Sierra Initiative (TCSI), a partnership of state, federal, environmental, industry, and research representatives, is focused on restoring the health and resilience of the area’s forests and watersheds. These include innovative approaches designed to reduce the risks and impacts from large, damaging wildfires and unprecedented tree die-off. The TCSI is focused on the landscape of the Lake Tahoe Basin and the American, Bear, Truckee, and Yuba river watersheds. In August, CAL Fire announced the award of a $5 million grant to the Sierra Nevada Conservancy to implement high-priority forest health projects within the TCSI area. Work will occur on three priority landscape management units within the Tahoe-Central Sierra area: The South Fork of the American River Watershed, the Lake Tahoe West Restoration Partnership, and the Tahoe Headwaters Treasured Landscape. Info: restorethesierra.org/tahoesierra

Report Finds Program To Restore Tahoe’s Clarity Is On Track

According to a report released by the Nevada Division of Environmental Protection and the California Regional Water Board, Lahontan Region, the Lake Tahoe Total Maximum Daily Load (TMDL) Program 2017 Performance Report finds that local governments and highway departments at Lake Tahoe collectively exceeded the first round of five-year pollutant reduction targets to reduce fine sediment loads by 10 percent. More than 268,500 pounds of fine sediment particles, which equates to about 70 dump truck loads of fine sediment, will no longer be washing into the lake each year. Collectively, TMDL implementation actions have reduced the amount of fine sediment in the lake, or sediment loads, by 12 percent from 2004 baseline levels. They have also reduced the amount of phosphorus and nitrogen in the lake by 8.5 percent and 6 percent respectively. Info: enviroaccounting.com/TahoeTMDL/Program/Home

Nevada City is now the 41st city in the country committed to moving toward a 100 percent clean, renewable energy. On Aug. 10, Mayor Duane Strawser announced that the city’s electricity will come from renewable sources by 2030 and all energy sources will be renewable by 2050. Nevada City has an existing Energy Action Plan (EAP) with a goal of a 28 percent reduction in electricity use by 2020. The resolution will lead the way toward updating the EAP to transition to 100 percent renewable energy by 2050. Nevada City’s declaration comes on the heels of similar announcements by Park City, Utah, and South Lake Tahoe. Info: nevadacityca.gov

Construction to rebuild State Highway 89 along the West Shore is now complete. The project initially began in 2012 to relocate gas lines that conflicted with planned drainage systems, which in 2014 morphed into Caltrans roadwork. The $62.2 million project is part of Caltrans’ commitment to the Lake Tahoe Environmental Improvement Program (EIP). Launched in 1997, the EIP is a partnership of federal, state, and local agencies, private interests, and the Washoe Tribe, created to protect and improve the natural and recreational resources of the Lake Tahoe Basin. Info: dot.ca.gov, eip.laketahoeinfo.org

Last month, Nevada County launched “Ask Nevada County,” a new mobile app and online citizen service request system for users to submit service requests from road maintenance to environmental health concerns through their smartphones and online. Users will also be able to submit requests and comments to a number of departments that include roads maintenance, environmental health, trash and recycling, sewer service, agriculture, and transit. Users can register online and track their service requests in real time, receive email status updates and information on the scheduled work, submit additional video and photos, and sign up for alerts on other service requests of interest. Users can also submit requests anonymously. The Ask Nevada County mobile app is available for free in Apple’s App Store or in Andriod’s Google Play. Info: mynevadacounty.com

As a public safety precaution, the Army Corps of Engineers, in coordination with the California Department of Public Health Vector-Borne Disease Section, placed insecticide-treated rodent bait stations throughout the Alpine Meadows campground at Martis Creek Lake to control the elevated number of fleas observed on golden-mantled ground squirrels, chipmunks, and Belding’s ground squirrels. The treatment will help reduce the number of fleas on rodents and decrease the potential transmission of plague to humans. The Army Corps of Engineers will also be posting yellow plague warning signs throughout the area. Historically, plague is endemic in much of Sierra Nevada, and rodent species have tested positive for plague in 2000, 2004, 2005, and 2012 in the Martis Creek Lake area. There have been no human plague cases associated with the Martis Creek Lake area.

The now halfway complete Resort Triangle Trail Network, which will consist of 62-miles of continuous trails running from the Town of Truckee to Northstar and Kings Beach, is one step closer to reality. The Placer County Board of Supervisors in September authorized a contract with Lumos & Associates of Carson City to perform engineering and environmental consulting services for the Truckee River Recreational Access Plan in the amount of $249,915. Additionally, the board approved a $618,661 construction and design agreement with the Northstar Community Services District to build segments of the Martis Valley Trail, a 10-foot-wide paved multi-use recreation trail approximately 9 miles long connecting the Northstar Village to Truckee. Info: placer.ca.gov