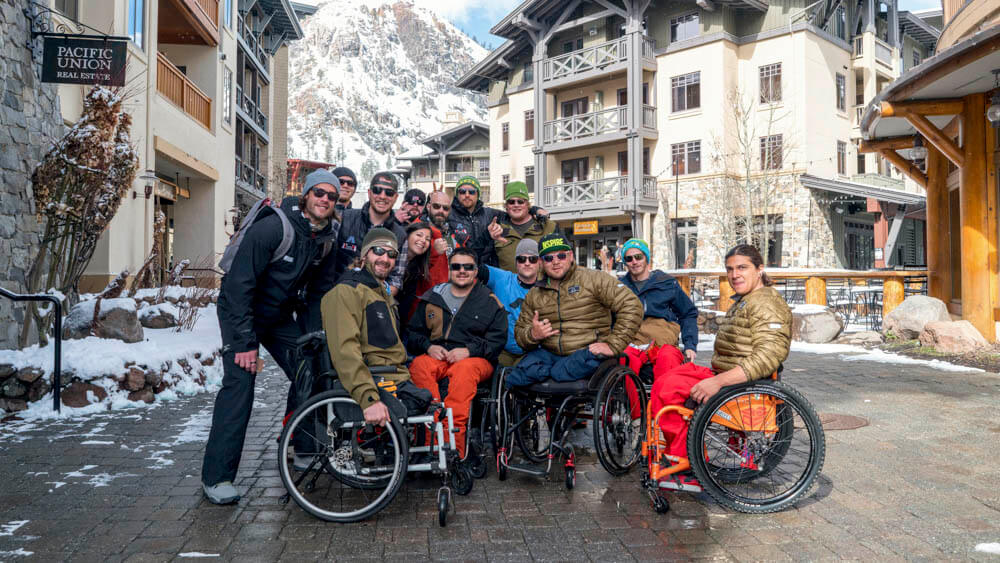 The Placer County Board of Supervisors will review the Village at Squaw Valley Redevelopment Plan during a public hearing on Tuesday, Nov. 15, and vote to approve or deny the proposal. This comes after an all-day Aug. 11 hearing where the Placer County planning commission approved the project in a 4-2 vote. This specific plan would develop up to 850 hotel, condominium-hotel, and fractional ownership residential units with a maximum of 1,493 bedrooms of project development, among other components. Info: 9 a.m., North Tahoe Event Center, 8318 North Lake Blvd., Kings Beach

Members of the Truckee Police Department, along with some Town of Truckee employees, will begin to look a bit scruffy over the next several weeks, as employees will be participating in the annual No-Shave November in support of national cancer awareness month. The goal is to allow anyone regardless of age or income level to grow cancer awareness and raise money to fight cancer by embracing our hair, which many cancer patients lose. Info: Join for a group photo and “Best Beard Award” on Dec. 2, 3 p.m., Gene Upshaw Memorial Tahoe Forest Cancer Center.

In December 2015, the California Department of Parks and Recreation, in partnership with the California Tahoe Conservancy, initiated a revision of the Kings Beach State Recreation Area General Plan and proposed a pier reconstruction project at the site. The existing development plan was written in 1980 and only addresses 6.82 acres, while the current recreation area encompasses 12.55 acres. The partnering agencies are proposing to reconstruct the existing Kings Beach pier to extend to deeper water, and have developed three general plan and pier rebuild alternatives, which they presented in a workshop and online. The plan’s timeframe is to adopt and certify the general plan revision by fall 2017. The next meeting is estimated to be in spring 2017.

Info: Visit www.parks.ca.gov/?page_id=28377 to see the proposed alternatives. To be on the mailing list to receive notification of future workshops, public meetings, and planning updates, submit your name and email address to plan.general@parks.ca.gov

A high number of big rig crashes — 14 in a two-week span, according to a News 4-Fox 11 report — have spurred a $1.4 million contract for emergency roadwork on Interstate 80 east of Truckee. Alternating lanes of Interstate 80 from Hinton Road to the Acid Flat Bridge east of Floriston will be closed as the contractor increases surface friction by grooving the concrete pavement on both lanes. Delays are to be expected through Nov. 23, with additional work possible after Thanksgiving. Info: Check the Caltrans District 3 Facebook page for traffic updates.

Jason Paladino, ’12, has been named Alumni of the Year for 2016, while Trustee Ben Solomon received the Lane Murray Distinguished Alumni Award. Paladino, a Truckee native and reporter at UC Berkley’s Investigative Reporting Program at the Graduate School of Journalism, received the honor for outstanding achievements over the last year. Among other accomplishments, Paladino received the prestigious Society of Professional Journalists — NorCal 2016 James Madison Freedom of Information Student Award for his investigation into the Navy’s Sea Dragon program. Ben Solomon’s history with SNC goes back to its foundation in 1969, when he started as a volunteer professor, and then served as the CEO of the college for 25 years.

To help provide employee housing in the current housing shortage, the Truckee-Donner Recreation and Park District is requesting a development code amendment to allow for seasonal park caretakers within the public facility zone district. The caretakers would work at West End Beach, Truckee River Regional Park, and Riverview Sports Park. Caretakers have historically lived on-site in personal RVs at designated campsites within each park, but the TDRPD has operated the units without authorization from the Town. The amendment would create an additional allowed usage for the caretakers. The amendment was approved by the planning commission in October, and next goes to a vote by the town council on Dec. 15. Town of Truckee Senior Planner Jenna Endres believes it is likely the amendment will go into effect around February 2017.

Triumph Development, based in Bethesda, Md., is requesting approval from the Town to build a 71,090 square foot 114-room hotel, and five three-story apartment buildings with 138 rental units (33 studios, 54 one-bedroom units, 42 two-bedroom units, and nine three-bedroom units) and common amenities. The project is scheduled for the Nov. 15 planning commission hearing. A total of 350 parking spaces is also proposed; 121 allocated to the hotel and 229 to the apartments. Info: http://bit.ly/2eGYx0k

The Placer County Board of Supervisors approved a consultant agreement in late October to prepare the first-ever countywide comprehensive park and trail master plan, which guides park and trail development for the next 10 years. The master plan is intended to update the county’s general plan standards put in place in 1994 and to serve new trends and demographics. Next steps include determining available countywide inventory, demand, funding availability, priorities, service standards, fee program and a strategic plan. Info: placer.co.gov

Sandy Chio has joined the Squaw Valley Ski Museum Foundation as executive director. “We found in Sandy the perfect complement of leadership, ski industry knowledge, Olympic heritage expertise, and a passion for this project,” said David Antonucci, Squaw Valley Ski Museum Foundation Board president, in a press release. Chio comes to North Lake from Park City, UT, where she led the marketing and communications team for the Utah Olympic Legacy Foundation, a nonprofit created as part of the 2002 Winter Games in Salt Lake City. Info: olympicskimusuem.com

On Nov. 12, High Fives — the Truckee-based nonprofit that supports the dreams of mountain action sports athletes who suffered life-altering injuries — will be honored at a national charity gala. They are being recognized for their work raising money for Military to the Mountains, a platform for U.S. veterans to tell their stories, embrace goal-setting and athleticism, and enjoy life and its challenges. The honor will take place at theCHIVE’s 4th Annual Green Gala at The Belmont in Austin, Texas. TheCHIVE is the number one humor site on the web, and their charity arm, Chive Charites, donated money to the Military to the Mountains program. Info: highfivesfoundation.org

Is the Martis Valley Groundwater at a Sustainable Yield?

Various local agencies are holding a public meeting on Nov. 14 to introduce and receive comments on the Martis Valley Groundwater Basin (MVGB) alternative submittal and the process for compliance with California’s Sustainable Groundwater Management Act of 2014 (SGMA). Information on SGMA, the requirements for an alternative submittal, and a report certifying that the MVGB has operated within the sustainable yield for at least 10 years will be presented.

Reno-Tahoe International Airport is undertaking a 16-month master planning process that will address airport growth, aviation industry changes, and FAA standards for the next 20 years. It will provide a funding roadmap and address the dynamics of air service and cargo while balancing the needs of the community. Three focus areas include: Airfield enhancements such as runways, taxiways, aprons and airspace; terminal modernization including ticketing, gates, customs, concessions, baggage; and ground transportation extending to roads, parking, airport land use, and more. In 2015, the airport reported its first annual growth in passengers in a decade at a 3.9 percent increase from the previous year. Info: renoairport.com/master-plan