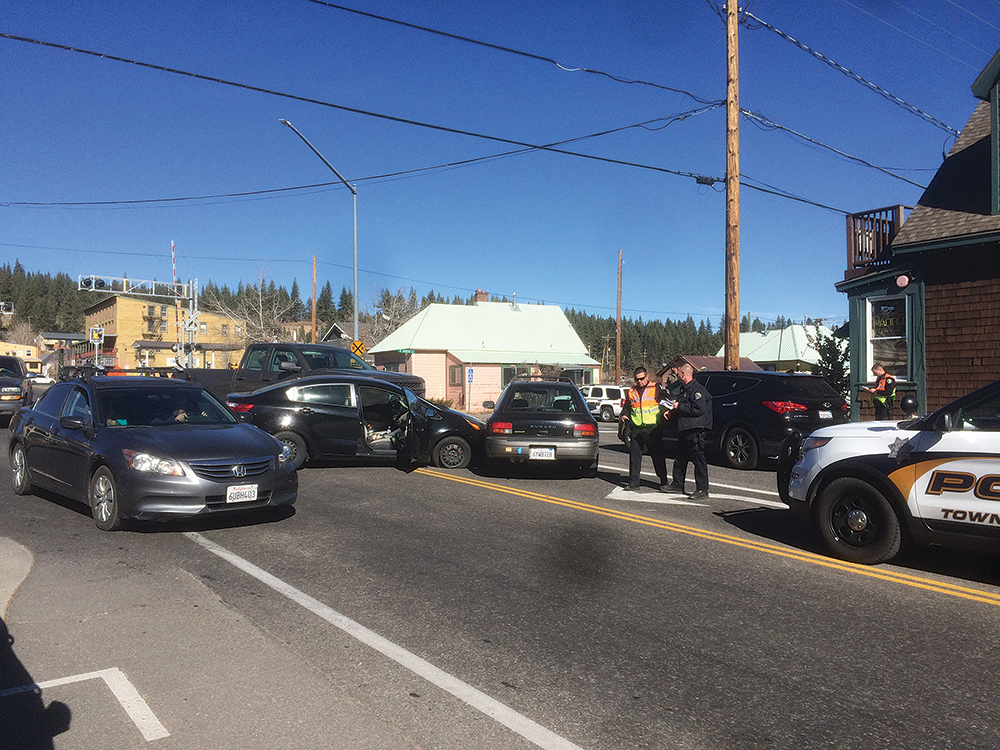 After nearly a year of research, data analysis, and community input, the Mountain Housing Council of Tahoe Truckee has released a white paper examining the short-term rental market in Truckee/North Tahoe. In the 51-page paper the MHC reports on the most current data and delivers the most thorough analysis of the issue the region has seen to date. The key findings of the report include:

• There are 38,937 housing units in the region, not including condos and hotel-condos.

• About 13 percent of the region’s housing units are registered as short-term rentals.

• In the Town of Truckee, approximately 20 percent of housing units are long-term rented; in Eastern Placer County, the number is about 8.6 percent.

• STRs grew by 81 percent in the Town of Truckee and 33 percent in Placer County between 2012 and 2018 — a portion of that growth can be attributed to bringing STRs into registration compliance.

• STR concentrations vary widely by neighborhood. In Truckee, Glenshire accounts for 3 percent of the town’s short-term rentals, while Tahoe Donner accounts for 52 percent.

Find the full report at mountainhousingcouncil.org/short-term-rentals/

The Placer County Elections Office has distributed voter information guides and sample ballots for the State Senate District 1 special primary election on March 26. Former Sen. Ted Gaines previously held the seat, but resigned after being elected to the State Board of Equalization. Locally, the First Senate District encompasses most of Placer County and portions of Nevada and El Dorado counties. Candidates include Republicans Kevin Kiley, Rex Hime, Brian Dahle, and Theodore Dziuba; and Truckee local Silke Pflueger. Although his name will appear on the ballot, Democrat Steve Baird old The Union in February that he is dropping out of the race.

When the tallies came in after a few last-minute storms, they confirmed what we all felt in our hearts and backs from 28 straight days of shoveling: February 2019 was officially the snowiest month in history at many of the local ski resorts. Sugar Bowl broke its previous record when it hit 267 inches of fresh on the 27th, Northstar topped out at 279 inches, Squaw Valley just cleared the 300-inch mark, and Homewood blew out the scales with 328 inches of the fluffy white stuff in the month of love. Some quick math — 328 inches is over 27 feet, or roughly a foot a day. Now we dig out.

The Town of Truckee’s Reimagine Bridge Street: Linking Downtown project is exploring intersection improvement alternatives for Bridge Street at the Donner Pass Road and East/West River intersections. The project will improve pedestrian safety and circulation and will maintain or improve current traffic operations. Project goals include improving pedestrian safety and circulation through sidewalks and at least one protected crosswalk including refuge islands, stop signs, or signals; maintaining or improving traffic flow with or without a train present; designating a quiet zone, which would eliminate the requirement for engineers to sound the train horn when approaching the track crossing; and protecting historic buildings from being removed. To watch video simulations of each alternative action the project could pursue, take a public survey, and leave questions or comments, visit townoftruckee.com/ReimagineBridgeStreet.

The first-ever countywide Placer County Parks and Trails Master Plan draft is now available for public input through April. The plan reflects community input provided over a two-year planning process through a series of public workshops, online surveys, focus groups, and municipal advisory council meetings; and will provide a 10-year vision for the development and operation of parks, recreation opportunities, open space, and trail networks in the county. It is intended to reflect the recreational needs of individual communities, such as league play demands in Granite Bay and Loomis, and the need for connected trails for summer and indoor recreation during the winter in eastern Placer County. Community members are invited to provide feedback on the plan at upcoming municipal advisory council meetings or online at placerparksplan.com. 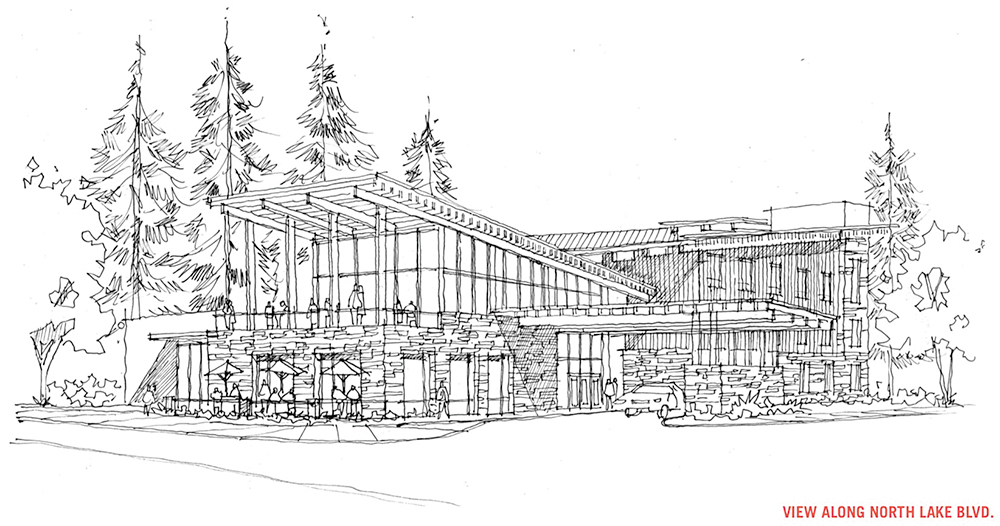 On March 5, Kings Beach developer Craig Clark held a community input meeting for feedback on the latest designs for the project, which recently added a mixed-use commercial retail space on the ground floor with workforce housing above called the Eastern Gateway project.The vision for the Kings Beach Center is to include a 120-room hotel with ground floor parking, a public library and landscaped outdoor space with a separate driveway and parking, general merchandise and food service businesses with parking accommodations, and 20 condominiums located above the retail space with enclosed parking for residents. The vision for the Eastern Gateway project is 45 workforce housing units and 10,000 square feet of mixed-use commercial and office space. Info: kingsbeachcenter.com

The Humboldt-Toiyabe National Forest has released the Mt. Rose Ski Tahoe Atoma Area Expansion draft Record of Decision and final Environmental Impact Statement for a 45-day formal objection period. The selected “Alternative 3” amends Mt. Rose Ski Tahoe’s existing special use permit by approximately 112 acres to incorporate a portion of the Atoma area located on the north side of Nevada State Route 431 (Mount Rose Highway). This alternative allows the ski resort to build two chairlifts, 11 new ski trails, and restrooms in the Atoma area; a skier bridge across the highway to connect the main ski area to the new terrain; a water pipeline to provide new snowmaking coverage; and a 5-million-gallon water tank to support snowmaking.

The Placer County Board of Supervisors voted Feb. 26 on a resolution to move forward with a multi-agency partnership project covering 30,000 acres of public and private land around French Meadows Reservoir, west of Lake Tahoe. Specifically, the resolution approves a memorandum of agreement with the Sierra Nevada Conservancy to use $3.5 million in multi-year grant funding from the California Department of Forestry and Fire Protection. The project involves clearing underbrush, thinning smaller trees, removing biomass to renewable energy facilities, reforestation, restoring meadows, and using prescribed burns.

Moving In, Moving Up, Moving On 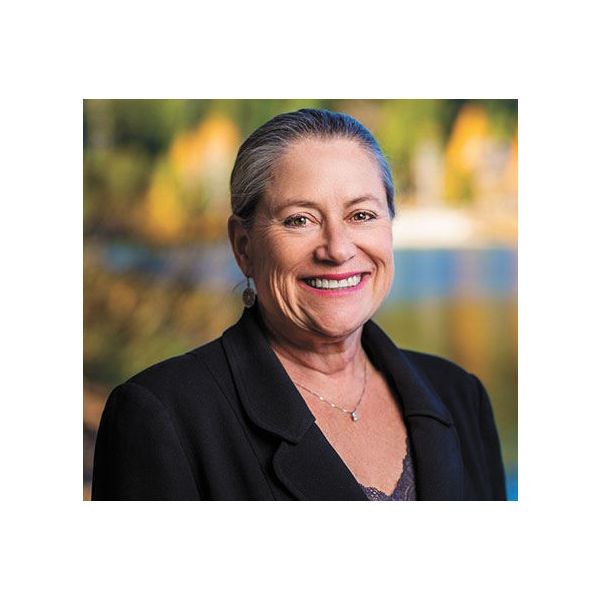 After more than 10 years of service in elected office, Placer County Supervisor Jennifer Montgomery announced in early March she is stepping down to accept an appointment by Gov. Gavin Newsom as director of the state’s Forest Management Task Force. Montgomery will start her new position April 1, concluding her service as supervisor March 31. In her new position, she will coordinate efforts with all levels of government and private stakeholders to design and execute strategies to better manage California’s wildlands for public safety, natural resources, recreation, and protection of the environment.