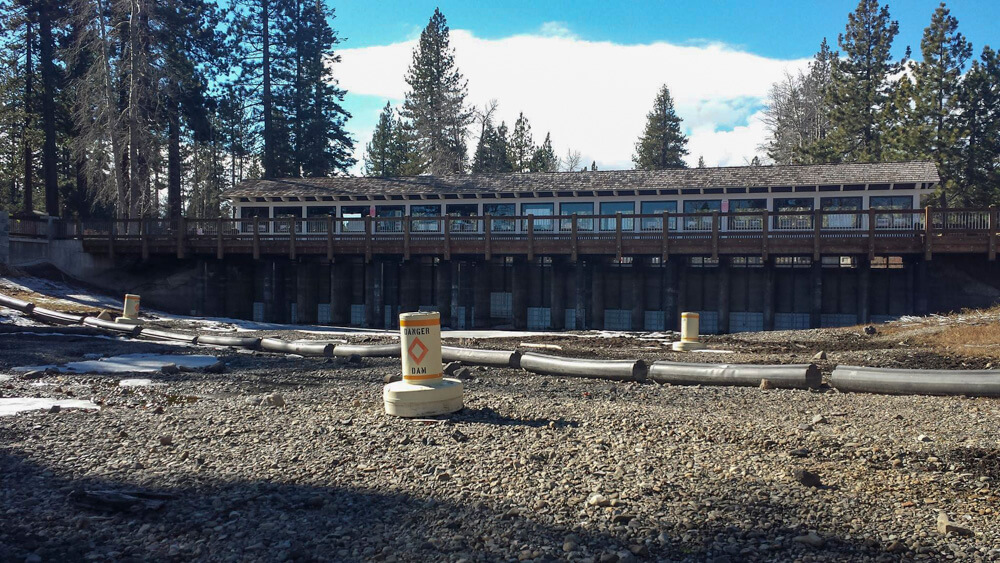 As California enters a fourth year of drought, the State Water Resources Control Board announced a steep decline in water conservation during the month of January, considered the driest January since meteorological records have been kept. Additionally, per capita water use inched up in January as compared to December 2014.

In the most recent statewide survey of nearly 400 urban water retailers, the amount of water conserved by the state’s large water agency customers declined from 22 percent in December 2014 to approximately 8.8 percent in January. January followed a very wet December 2014, which reduced the need for outdoor water use and likely contributed to the high conservation rate in December.
On March 17, the State Water Board will discuss renewing an emergency regulation supporting water conservation, originally adopted in July 2014, which restricts outdoor water use and authorizes penalties for water waste. The emergency regulation must be renewed before April 25. Info: drought.ca.gov

On Feb. 13, the Incline Village General Improvement District Board of Trustees unanimously approved a $267,250 funding agreement between IVGID and the State of Nevada via the Nevada Department of State Lands that provides the 25 percent local match to $801,750 in federal funding from the U.S. Army Corps of Engineers. The $1 million in total grant funds will allow IVGID to complete the final phase of the Third Creek and Incline Creeks Restoration Project. The final phase of work will address the final fish barrier to upper watershed migration and will open up access to high value habitat in the upper Incline Creek watershed. Info: yourtahoeplace.com/ivgid

Community members and the Wylie Animal Rescue Foundation have formed Friends of the Tahoe Vista Animal Shelter in an effort to prevent Placer County from closing the shelter and moving services to Truckee. The group kicked off official fundraising efforts with a party at Lanza’s in Kings Beach on March 7. A raffle garnered $4,140 for the group, and an Incline Village resident said he will match donations dollar-for-dollar up to a total of $25,000. In January, the Placer County Board of Supervisors gave the group six months to come up with a viable alternative to its plan. Info: tahoevistaanimalshelter.com ~ Kara Fox/Moonshine Ink

Duane Whitelaw was appointed by the North Tahoe Public Utility District Board of Directors as the interim general manager/CEO at their March 3 special board meeting. Whitelaw is the former chief of the North Tahoe Fire Protection District, where he served from 1991 until his retirement in March 2012. Whitelaw was also the parks and recreation director for the NTPUD from 1985 to 1991.
His initial focus will be working with new labor attorney Daniel J. Coyle of Delfino Madden O’Malley Coyle Koewler LLP, who was also appointed at the meeting, related to upcoming union negotiations, addressing financial planning and review with the parks department, and succession planning. Read our Feb. 19 online story North Tahoe PUD Hires New GM at moonshineink.com.

Thanks to dedicated community partners and a vision, Kings Beach Elementary School now has solar panels. At a cost of $65,000, the 30 solar panels provide numerous benefits, including teaching children to be environmentally responsible citizens and about renewable energy and its benefits; offering a hands-on solar project that allows students to monitor and track progress of the live-streaming of data, which shows the energy savings.

Kings Beach Elementary celebrated a ribbon cutting of the new solar panels at its school site on Feb. 27. At the ribbon-cutting event, the project was dedicated to Eileen Fahrner, former principal of Kings Beach Elementary, whose dream was to have solar energy at the school. The project was made possible by the Shane McConkey Foundation, Tahoe Truckee Unified School District, Kelly Brothers Brothers, Simple Power, and the Kings Beach PTO.

Truckee Tahoe Medical Group announced in February that it has joined an innovative program intended to help members of the community stay well and navigate the complexity of the healthcare system. The new program is called the National Rural Accountable Care Consortium that is tailored especially for rural areas like Truckee/Tahoe. Info: info@ttmg.net and cms.gov

The Tahoe Regional Planning Agency, in its capacity as the Tahoe Metropolitan Planning Organization, is asking people to take an online survey and provide public input needed to create a connected, accessible, and safe bicycle and pedestrian network at Lake Tahoe.

Survey data will help with the creation of an updated bicycle and pedestrian plan that will guide long-term planning and implementation for new multi-modal transportation facilities at Lake Tahoe.

A community meeting will be held at Kings Beach Elementary on Thurs., April 16 from 5:30 to 7:30 p.m. The survey is offered through June 30. It is available at tahoempo.org/atpsurvey/ and takes about 15 minutes to complete.

The Truckee Police Department is submitting a Preliminary Off-Highway Vehicle Grant application to the California State Parks Off-Highway Motor Vehicle Recreation Division (OHMVR) for the funding to create and maintain an OHV Program, including enforcement and education-related funding.

The application will be available for public review and comment until April 6 on the California State Parks OHMVR website at ohv.parks.ca.gov.

In February, the Placer County Board of Supervisors approved the $1.5 million purchase of the A&A Motel in South Lake Tahoe. Plans call for the motel to be demolished and the land restored to its natural state. Placer County will then bank the 34 tourist accommodation units (TAUs). With plans to use the TAUs in a town center in either Kings Beach or Tahoe City, the county could earn a Tahoe Regional Planning Agency 3:1 bonus, increasing the number of acquired TAUs to 102. Of the 11 transient lodging units currently operating in the town centers, most were built between 1949 and 1959, with the most recent project completed in 1962.