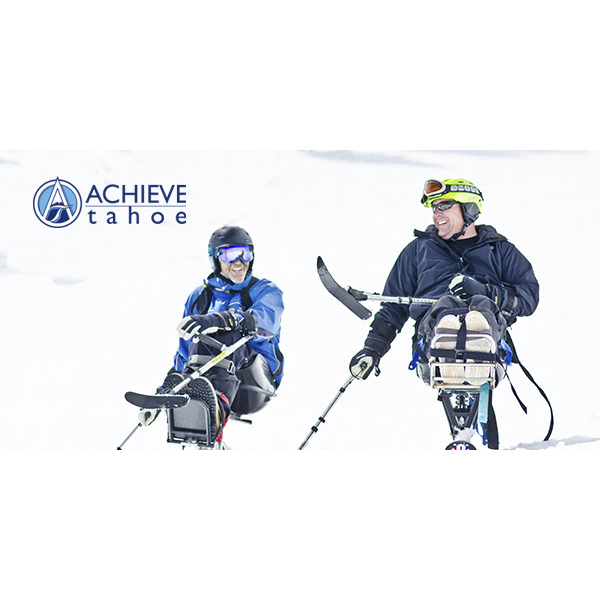 JMA Ventures, LLC announced Dec. 22 that the company has won several challenges presented in a lawsuit posed by the California Clean Energy Committee. The Third District Appellate Court ruled in favor of JMA Ventures, LLC, which owns Homewood Mountain Resort, noting that the environmental impact report  for the redevelopment of Homewood correctly and adequately addressed several areas of concern that impact the environment. The Clean Energy Committee lost the original lawsuit challenging the adequacy of Homewood’s EIR in Placer County Superior Court in 2012, and subsequently filed the appeal with the Third Appellate Court.

An emergency warming center has opened in Truckee for the coldest nights of the year. This is a regional effort for people in North Lake Tahoe and Truckee. The pilot effort is located at the Church of the Mountains, 10079 Church Street. Doors open at 6 p.m., and dinner is served from 6:30 to 7:30. Guests must depart by 7 a.m. the following morning. To volunteer supplies or help, contact Cathie Foley, cathiefoley@gmail.com.

To resolve a pending violation for unauthorized dredging, the Martis Camp Club has agreed to pay a $5,000 fine and restore the disturbed area at its Martis Camp Beach property, located at 6920 North Lake Blvd. In August 2015, Tahoe Regional Planning Agency staff responded to a complaint regarding the unauthorized removal of shorezone rocks at the Martis Camp Beach property. TRPA inspectors found that Martis Camp Club had removed all of the rocks from the area to clear a path for residents to get in and out of the lake with their paddle boards and kayaks because of the low water levels. About 50 yards of shoreline was impacted. Because of the sensitive environment and scenic nature of Lake Tahoe’s shorezone, TRPA’s code of ordinances prohibits removal of rock and earthen materials in the shorezone except where TRPA finds such removal or rearrangement will benefit shorezone conditions, water quality, and water clarity.

The Tahoe Transportation District board of directors recently approved an eight-year vision to complete a transportation system connecting lake-wide communities and Truckee along US 50 at South Shore and I-80 at Truckee. Bringing the goal to fruition will involve collaboration with Tahoe Area Regional Transit operated by Placer County and ongoing involvement from the communities to be served. The goals include completion of projects and bike trails like the approved SR 89 Fanny Bridge Community Revitalization Project, US 50 South Shore Community Revitalization Project, and the all-season Crosslake Passenger Ferry, presently under consideration. Info: tahoetransportation.org

Phil Horan appointed to IVGID Board

The Incline Village General Improvement District announced the recent appointment of long-time resident Phil Horan to the IVGID Board of Trustees. Horan is filling resigned Trustee Bill Devine’s seat, serving out the remaining 12-month term. At the Dec. 3 board workshop Horan was appointed and immediately sworn into office. Trustee Horan and his wife Jan have been residents of Incline Village since 1990. He has been an active participant and volunteer in the Incline Village/Crystal Bay community, and has served on several boards for Washoe County.

Placer County Helping Keep the Lights on in Kings Beach

Stepping in when a funding void was going to shut off numerous streetlights in Kings Beach, Placer County has agreed to pay for electricity costs for 38 existing outdoor lights. Most of the lights are located within the county’s road right of way and were previously funded by the North Tahoe Public Utility District. The district approached the county earlier this year about potentially taking over the payment of electricity for some or all of the lights. The district determined that paying for lighting was outside of both its mission and budget. The county reviewed the location and public benefit of the lights and determined that 38 lights, based on their illumination of roadway intersections, sidewalks, and the Kings Beach Elementary School, should remain functioning for public safety. The Placer Board of Supervisors approved paying for the lights at its Dec. 8. meeting in Auburn.

The Placer County Board of Supervisors proclaimed a local emergency for the high number of dead and dying trees across the county Dec. 8. The move follows Gov. Jerry Brown’s emergency declaration, and seeks federal resources to help in the removal of dead and dying trees. After four years of drought, many of California’s trees are extremely susceptible to bark beetle infestation. The beetles are attracted to drought-affected trees and are easily able to burrow under the bark and lay eggs. Once the eggs hatch, the larvae feed off phloem and continue to bore further into the timber, eventually infesting and killing the entire tree. Once infested, often times the tree is unable to recover, creating dangerous, dry fuel for fires and creating a falling hazard, as well.

According to the National Oceanic and Atmospheric Administration, last year in California, more than 2 million trees died from bark beetles across 820,000 acres. That’s double the number of trees killed by beetles in 2013. Currently, the drought and native bark beetle infestations are killing close to 20 percent of the state’s forests, or roughly 170 million trees.

Editors Note: This meeting has been postponed. We will reprot on it once a new date is set.

The Town of Truckee will host the second in a series of public meetings on the proposed Donner Pass Road streetscape improvement project known as Envision DPR on Wed., Feb. 3 from 5 to 7 p.m. at Truckee Town Hall. Envision DPR has been in the works since early last summer. The project’s goal is to create a more pedestrian and bike friendly thoroughfare and to help improve traffic flow along the stretch of Donner Pass Road between the McIver roundabout and Coldstream Road. The town is concurrently working on preliminary designs for both a short-term sidewalk and crosswalk improvement project and a long-term corridor master plan. Preliminary designs for both phases will be presented at the workshop. The first phase of the project, which includes connecting sidewalks and improved pedestrian crossings, will be built during the 2017 construction season and is funded in part by a $1.5 million grant from the federal Highway Safety Improvement Program.  Info: envisiondpr.com

mPOWER funded more than $2.3 million in energy efficiency and conservation measures for Placer County residents in November 2015, making it the highest funded month in the past two years. Many property owners took advantage of the residential solar tax credit, which requires project completion and payment before December 31 in order to be claimed for the 2015 tax year. mPOWER provides financing to both residential and commercial property owners for the installation of energy efficiency, water conservation and renewable generation improvements. Solar systems continue to dominate the projects funded by mPOWER, with more than 1,000 systems installed since 2013.