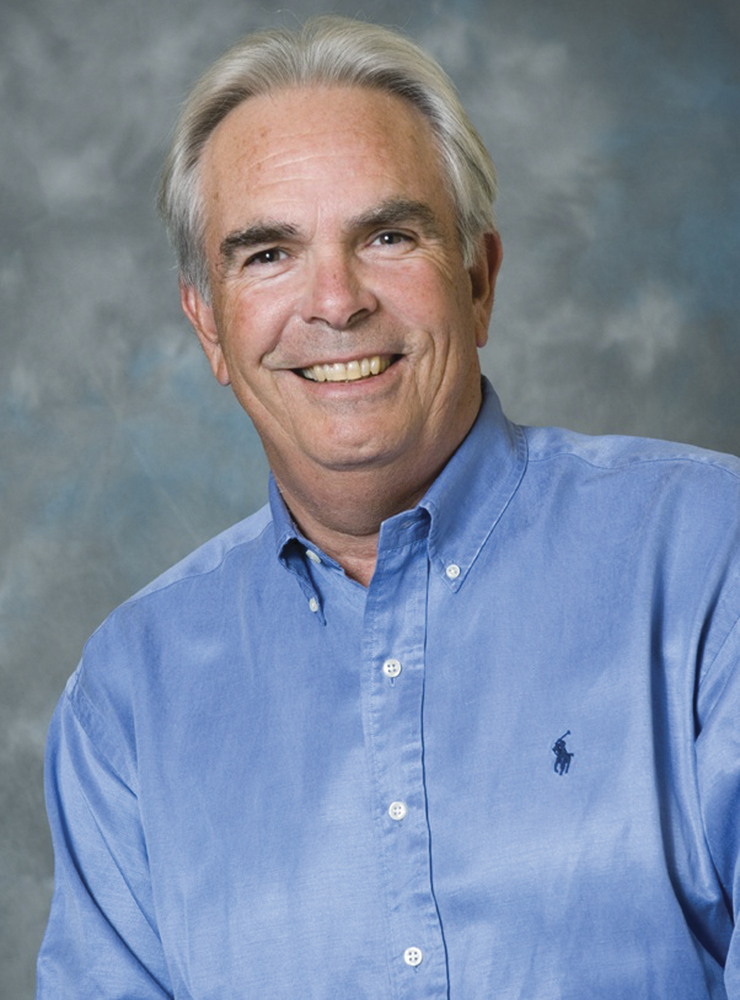 Editors’ Note: The Tahoe Forest Hospital District Board of Directors held a special board meeting on Friday, July 11, where they held a closed session on the performance of CEO Bob Schapper. During open session, the board noted that it had been investigating the possible conflict of interest between Schapper, his wife Marsha Schapper, and Medical Practice Solutions for the past couple of months and that the investigation is ongoing. The board also said it would respond publicly to Moonshine Ink’s most recent reports on the hospital in the publication’s next issue.

A Moonshine Ink review of the paper trail of Marsha Schapper’s company, Medical Practice Solutions, Inc., shows that Tahoe Forest Hospital CEO Bob Schapper was listed as the company’s chief financial officer in both 2003 and 2013, and claimed to be joint owner of the company in 2000. At the time of publication of this article, at least one hospital district board member said he did not know of Bob Schapper’s direct ties to Medical Practice Solutions.

Bob Schapper’s role as the CEO of a taxpayer-funded hospital district while serving as an officer of a company that contracted with Tahoe Forest Hospital for nearly $1 million raises serious conflict of interest concerns for the hospital.

A stringent California statute known as government code 1090 prohibits California special district employees from having any influence over a contract in which they have financial interests. Violations of the code carry severe punishments, with the stiffest consequences involving a felony conviction, a voiding of the contract that was created in violation of the state statute, and a lifetime ban from ever holding a public position in the state again.

California Government Code 1090 states that “members of the legislature, state, county, district, judicial district, and city officers or employees shall not be financially interested in any contract made by them in their official capacity, or by any body or board of which they are members.”

In previous reporting on the hiring of Marsha Schapper at Tahoe Forest Hospital, Bob Schapper and hospital district officials have said Bob Schapper did not draft, approve, or negotiate the contract with his wife and that she reported directly to Chief Financial Officer Crystal Betts, who reports to Bob Schapper. But those statements were made before the full extent of Bob Schapper’s involvement with Medical Practice Solutions was uncovered. Bob Schapper did not respond to requests to comment for this article.

Even the purported distance between Bob Schapper and his wife’s contract and oversight may not be enough to shield him from the consequences of code 1090.

As Grover Trask, a former district attorney and current ethics lawyer, wrote on PublicCEO.com: “As one court stated: ‘However devious and winding the chain may be which connects the officer with the forbidden contract, if it can be followed and the connection made, the contract is void.’”

The employment contract Marsha Schapper had with Tahoe Forest Hospital is questionable after reading codes 1090 and 1091. In October 2010, she became a full-time employee of the district as the executive director of multi-specialty

clinics. The statute calls into question whether Bob Schapper could have avoided a conflict of interest with his wife during the three and a half years she held a director role in a critical department of the hospital system’s operation.

The code governs contract negotiations, and the state lays out a broad definition of contract involvement.

“An official participates in the making of a contract if the official is involved with its preparation at any stage in the process. The contract-making process begins at the time the idea for the contract is conceived and continues through the actual execution of the contract. That means that planning, determining the scope of the contract, drafting plans and specifications, setting contract terms, evaluating applicants, and negotiating are all included,” the California Attorney General’s website says.

A willful violation of government code 1090 can be punished as a felony and can result in a state prison sentence. A violation of the code could also void the contract, meaning that all payments made under the contract may be returned. Government Code 1097 further allows for a civil fine of “three times the value of the financial benefit received by the defendant for each violation,” which could equal nearly $3 million in the case of Marsha Schapper’s Medical Practical Solutions contract with the hospital.

California Government Code 1090 cases are not regularly prosecuted in the region. Nevada County District Attorney Cliff Newell said that he could only find a single code 1090 case that his office has prosecuted during his tenure — a 2003 case where the court ordered the contract to be re-paid. Newell said the district attorney’s office only investigates when a case is referred to them by a citizen or by law enforcement.

Marsha Schapper no longer works at the Tahoe Forest Hospital District. After more than seven years contracting with the hospital and another three and a half years as an employee of the hospital, she was terminated on May 14, 2014.

Schapper was terminated because “the position of executive director [of multi-specialty clinics] has been eliminated to allow consolidation of management of all clinics,” said Ginny Razo, chief operating officer of Tahoe Forest Hospital, in an email to Moonshine Ink.

The Secretary of State Paper Trail

Medical Practice Solutions contracted with Tahoe Forest Hospital beginning on Feb. 1, 2004. The company worked on doctor contracts for the hospital’s outpatient clinics and negotiated with insurance companies over reimbursement.

A statement of information form filed by Medical Practice Solutions with the California Secretary of State’s office lists Bob Schapper as chief financial officer of the company in 2003 and again in 2013. The filing shows that Medical Practice Solutions claimed Bob Schapper as an officer at the same time he was managing the public special district hospital.

Curiously, Medical Practice Solutions did not file a statement of information form between 2004 and 2012, in violation of California filing requirements. The gap in filing coincides precisely with the time the company contracted with Tahoe Forest Hospital. Businesses are required to file the form with the state either every year or every two years, depending on the type of business. Failure to file can result in fines and the suspension or forfeiture of the business entity, according to the California Secretary of State’s office.

It is not completely clear what Bob Schapper disclosed about his involvement with Medical Practice Solutions to the board of directors of Tahoe Forest Hospital. A call to long-time hospital district board members Roger Kahn and Larry Long yielded little comment on the matter. Kahn said that he had become familiar with California Government Code 1090, but declined to comment further. Long said the board has retained outside legal counsel to review the California statute, but ended discussion of the topic after that. Long did say that he was unaware that Bob Schapper had held an officer position in Medical Practice Solutions before the company contracted with Tahoe Forest Hospital.

To understand the questionable contracting between Marsha Schapper and Tahoe Forest Hospital, you have to rewind 14 years to 2000, two years before Bob Schapper came to Tahoe Forest Hospital. Bob Schapper was CEO of Palm Drive Hospital in Sebastopol, a hospital that has subsequently declared bankruptcy and closed its doors. Despite income of $367,000 in 1998, $174,325 in 1999, and $141,808 in the first eight months of 2000, the Schappers appeared to be in deep financial trouble. They had a total of 23 credit cards holding $163,623.16 in debt, as well as a loan to Medical Practice Solutions of $37,108.78. Despite the appearances of a luxurious lifestyle — according to a Chapter 7 bankruptcy filing, the Schappers were driving a nearly-new leased Corvette and GMC Denali, Bob Schapper was wearing a $1,500 Rolex, and Marsha Schapper had a $2,500 mink coat in her closet — their debt was overwhelming them.

The Schappers decided to file Chapter 7 bankruptcy, which allows for the liquidation of non-exempt property and its distribution to creditors in exchange for their debt being wiped clean.

The bankruptcy was closed on July 23, 2001, and just over a year later Bob Schapper was awarded the job as Tahoe Forest Hospital’s CEO with a starting salary of $190,000 per year.

By Feb. 1, 2004, the Tahoe Forest Hospital District had agreed to a contract with Medical Practice Solutions. The board of directors meeting minutes from the meeting where the contract was approved shows no discussion on the matter. The contract was part of the meeting’s “consent calendar,” meaning it was approved along with a bundle of other matters by a single vote.

By 2012, Bob Schapper’s salary had more than doubled to $404,227 in base pay and had the potential to earn a 15 percent annual bonus. Together, Bob and Marsha Schapper were earning up to $629,000 a year from the public special district.

Today, Bob Schapper is still listed as the chief financial officer of Medical Practice Solutions even after the company contracted with the taxpayer-funded special district hospital for seven years and nine months at a price tag of $915,283.46.

Moonshine Ink found that Tahoe Forest Hospital’s marketing and communications department, which is headed by Paige Nebeker Thomason, paid Nebeker Thomason’s brother Miles Nebeker in 2011 and 2012 for copywriting and marketing services. In a list of Tahoe Forest Hospital vendors, Miles Nebeker showed up 19 times over the course of less than a year and a half.

Paige Nebeker Thomason said the hospital district never contracted with her brother, who is an award-winning creative director and copywriter, but did use him as a freelancer.

Other municipalities have specifically outlawed any involvement in contracts or employment between family members. The City of San Francisco’s code of ethics “prohibits City officers and employees from making, participating in making, or seeking to influence a City decision regarding an employment action involving a relative.”

Along with previous disclosures made in Moonshine Ink that the medical director of the Gene Upshaw Memorial Tahoe Forest Cancer Center, Larry Heifetz, oversees a facility where his wife, radiation oncologist Daphne Palmer, is employed, these issues raise serious ethical concerns about the internal operations of Tahoe Forest Hospital.

~ Jackie Ginley contributed research to this article. This article was funded in part by the Fund for Investigative Journalism.